Trump Asked Pelosi 'Are You Really Going to Impeach Me?'

‘Are You Really Going To Impeach Me?’ New Book Reveals Trump’s Pleading Call To Nancy Pelosi 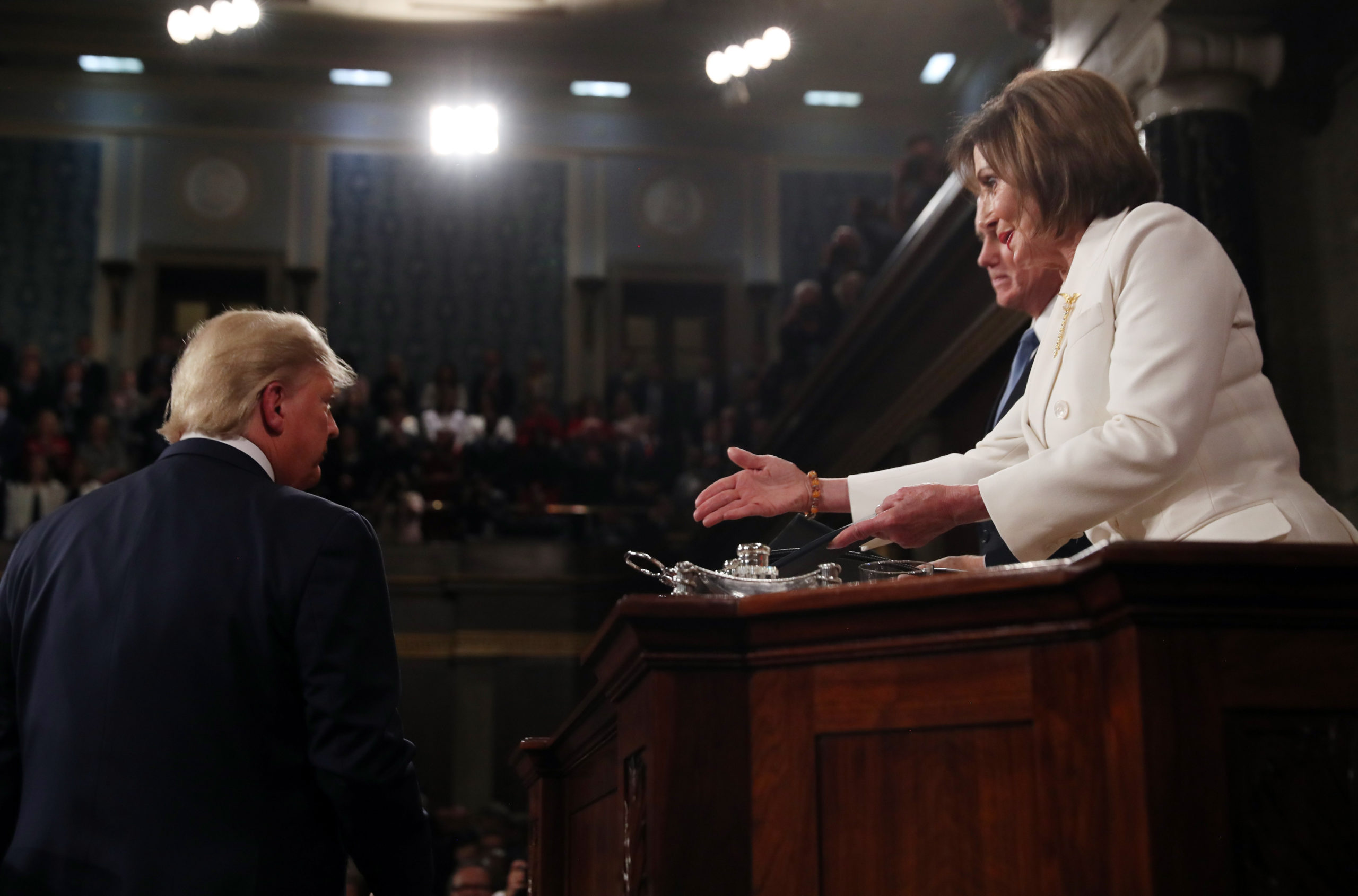 President Donald Trump reportedly asked House Speaker Nancy Pelosi, “Are you really going to impeach me?” during a phone call pleading his case last September just before the announcement of the impeachment inquiry against him.

In the upcoming book Trump on Trial by Washington Post journalists Kevin Sullivan and Mary Jordan, Sullivan and Jordan detailed a phone call between Pelosi and Trump on the morning of September 24 2019.

“The phone rang. Her assistant said the White House was calling. Hold for the president. At 8:16 a.m., Trump came on the line,” the authors reported. “He was phoning from his Trump Tower penthouse in New York. In two hours, he would address the U.N. General Assembly and then meet separately with several world leaders. But foreign policy wasn’t the reason for his call. He told Pelosi he wanted to talk about guns.”

The president then quickly “turned to a whistleblower complaint that had been filed against him based on his conduct on the Zelensky call,” however, asking Pelosi, “Are you really going to impeach me?”

“The Senate will never convict. You don’t really want to do this,” he argued, describing his call with Zelensky as “so perfect” with “no pressure at all.”

“Literally, you would be impressed by my lack of pressure… Why would I say something bad?” he questioned. “It was 100 percent perfect. I didn’t ask him for anything.”

Though Trump was impeached by the House, he was acquitted by the Senate on February 5.