Nikki Haley Chastises Trump For Mocking Burglary of Cummings’ Home: ‘This is So Unnecessary’ 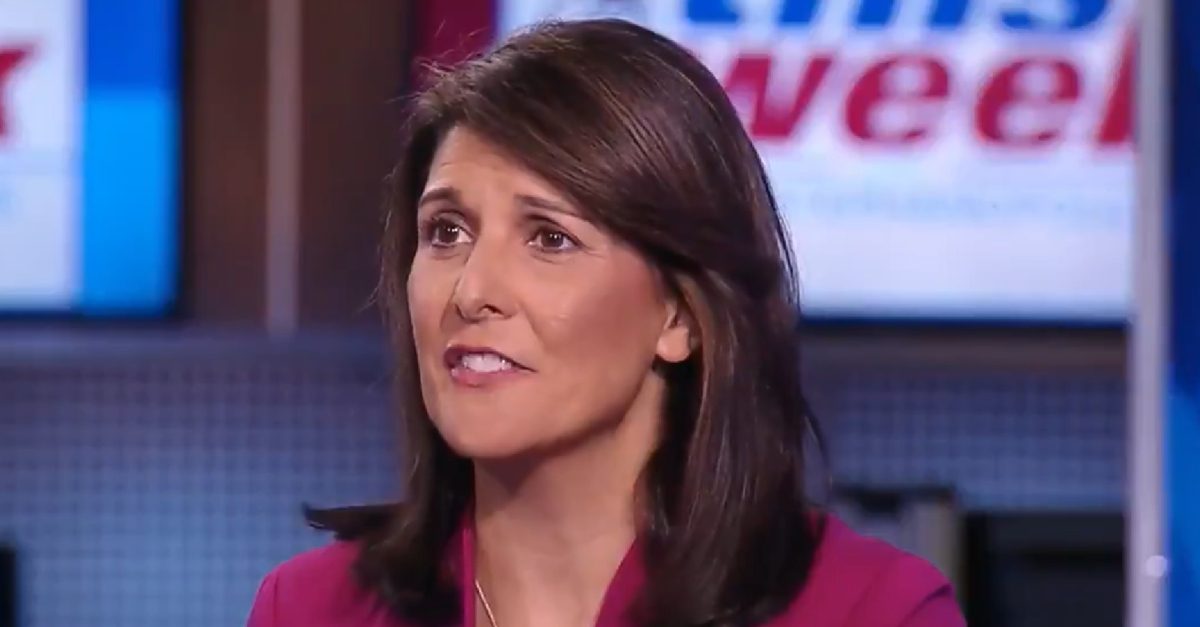 This is so unnecessary. ?

Haley, who was Trump’s ambassador to the United Nations, tweeted the comment late Friday morning in response to Trump’s mocking tweet. Haley left the Trump administration at the end of 2018.

Haley had earlier attempted to excuse Trump’s initial line of attacks against both Cummings and Baltimore, which the president derided as “a disgusting, rat and rodent infested mess.”

“The President just offered to help the people of Baltimore,” Haley said on July 30.

Instead of all of this back and forth about who everyone thinks is racist and whose not, the President just offered to help the people of Baltimore. They should take him up on it. Let’s put the same energy into where it will make a difference. ??