Pelosi Scolds Trump: 'Temper Tantrums are No Way to Negotiate'

Pelosi Scolds Trump Over Mexico Deal: ‘Temper Tantrums are No Way to Negotiate’ 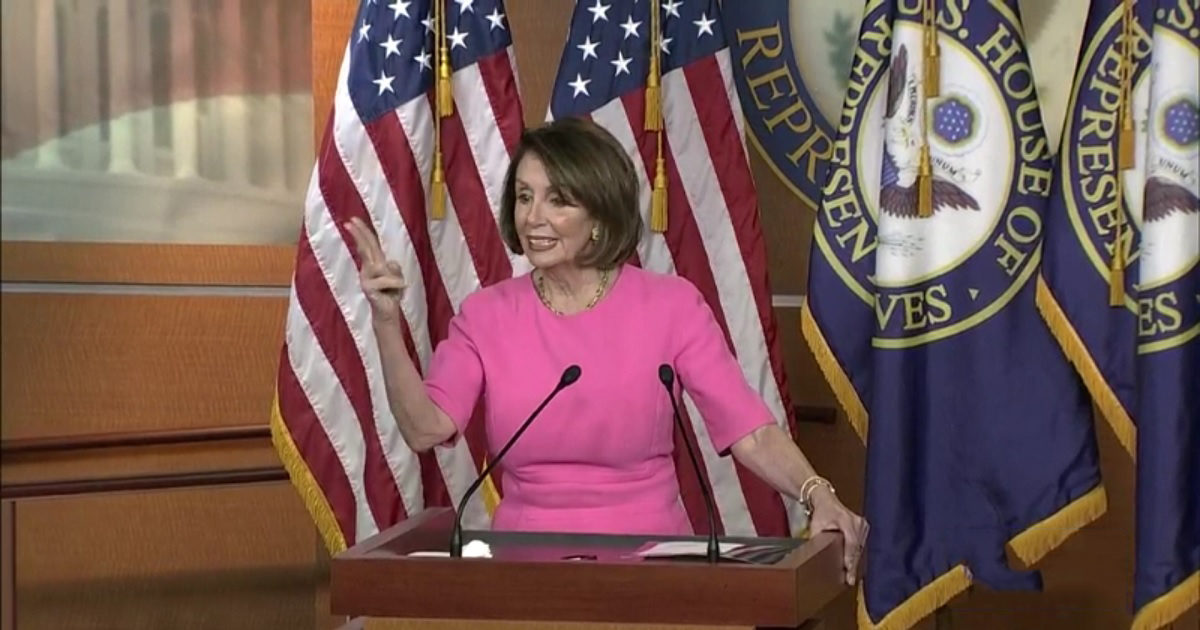 “We are deeply disappointed by the Administration’s expansion of its failed Remain-in-Mexico policy, which violates the rights of asylum seekers under U.S. law and fails to address the root causes of Central American migration,” Pelosi’s statement read. “Threats and temper tantrums are no way to negotiate foreign policy.”

It is not the first time Pelosi has accused Trump of throwing a hissy fit.

Just last month, Pelosi said she was praying for the president after she accused him of throwing a temper tantrum during a meeting on infrastructure.

“This time, another temper tantrum — again — I pray for the president of the United States,” Pelosi said back then. “I wish that his family or his administration and staff would have an intervention for the good of the country.”

The president also had some thoughts for Pelosi on Saturday.

Nervous Nancy Pelosi & the Democrat House are getting nothing done. Perhaps they could lead the way with the USMCA, the spectacular & very popular new Trade Deal that replaces NAFTA, the worst Trade Deal in the history of the U.S.A. Great for our Farmers, Manufacturers & Unions!

He has also called her “Nervous Nancy” and a “disaster” before.