Trump Calls for 'Fraudulent' Election to Be Called 'Big Lie'

Reclaiming the Word? Trump Officially Declares ‘Fraudulent’ 2020 Election Should Be Known as ‘THE BIG LIE!’ 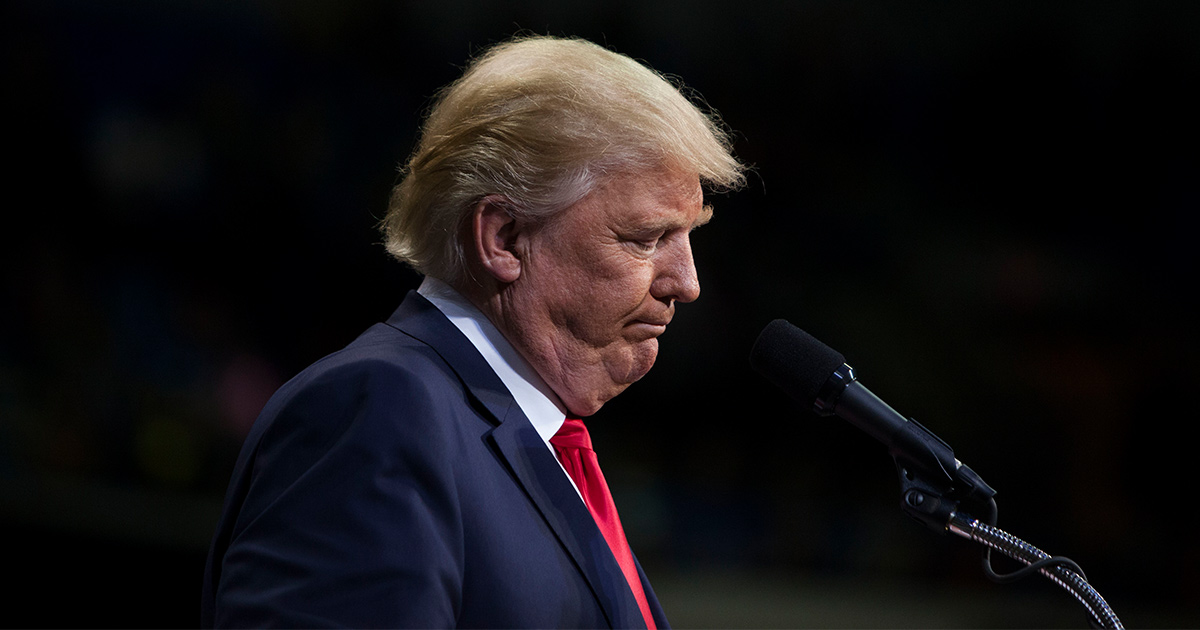 Former President Donald Trump announced via an official statement that, heretofore, he would like everyone to refer to the election results of 2020 as “THE BIG LIE.”

“The Fraudulent Presidential Election of 2020 will be, from this day forth, known as THE BIG LIE!” he wrote in a statement released Monday morning by his Save America PAC.

Of course, this just continues the baseless allegation that the 2020 general election that Trump lost to President Joe Biden was somehow rife with malfeasance, and it aims to reclaim the term “big lie,” which has been used by Trump critics, who have frequently compared his false rhetoric to that used by fascist regimes in the past.

The term Big Lie as a political device is most often credited to Nazi war criminal Joseph Goebbels, who is quoted as saying:

If you tell a lie big enough and keep repeating it, people will eventually come to believe it. The lie can be maintained only for such time as the State can shield the people from the political, economic and/or military consequences of the lie. It thus becomes vitally important for the State to use all of its powers to repress dissent, for the truth is the mortal enemy of the lie, and thus by extension, the truth is the greatest enemy of the State.

As Mediaite’s Aidan McLaughlin noted in a column last week, pro-Trump media surrogates have recently co-opted the same phrases used by critics of Trump and wielded them, speciously, against his critics.

Trump lost the general election and has repeatedly claimed that systemic voter fraud in a number of swing states is the reason he only served one term in office. There is no evidence, however, that the election was either “rigged” or “stolen” as he and his supporters have repeatedly claimed. That has not kept Trump from repeating the lie, over and over again, which is the very rhetorical device used by past fascist regimes.

Rep. Liz Cheney, who has been a frequent critic of Trumps’ actions and rhetoric also tweeted about “THE BIG LIE” on Monday, but with a very different take:

The 2020 presidential election was not stolen. Anyone who claims it was is spreading THE BIG LIE, turning their back on the rule of law, and poisoning our democratic system.

There is still no evidence that the 2020 election was fraudulent in any significant way such that it resulted in an unfair victor.