Rex Tillerson Reportedly Jumped at Chance to Talk to House 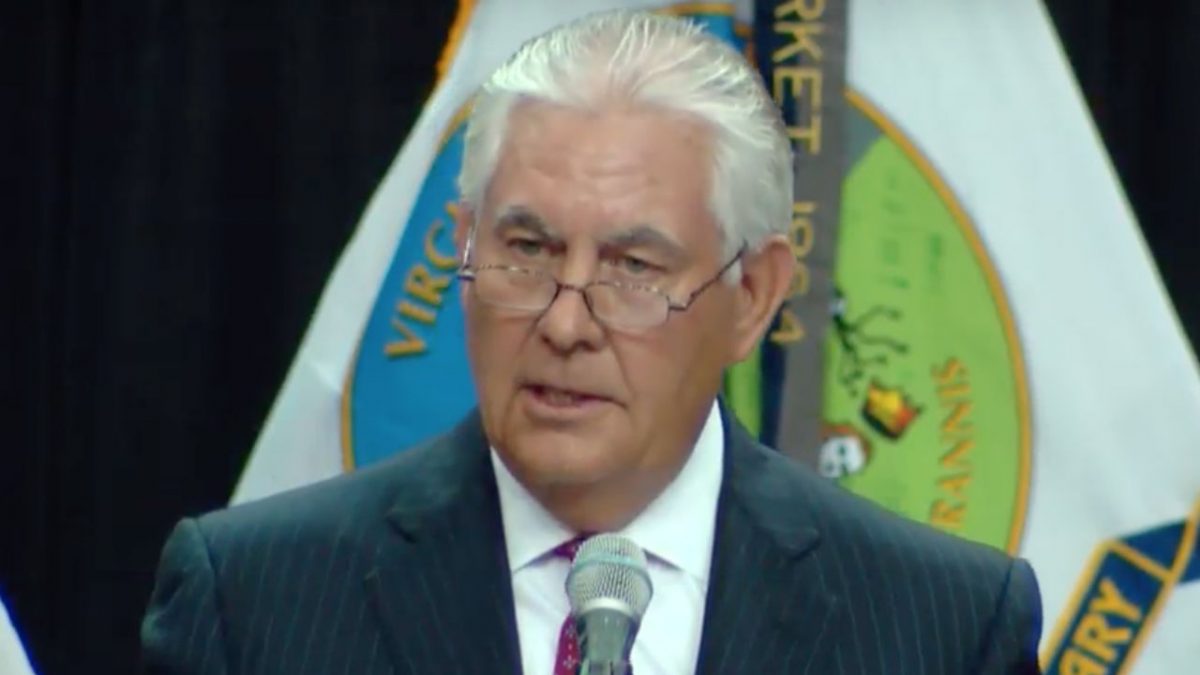 Former secretary of state Rex Tillerson reportedly jumped at the chance to speak in front of a House committee, with ABC’s Tara Palmeri reporting he called the Capitol Hill switchboard to volunteer.

An aide on House Foreign Affairs committee told me Former Sec of State Rex Tillerson “volunteered” to be interviewed by the committee after they put out feelers. Tillerson literally called their switchboard and said he’s “happy to talk”

Palmeri says she was told by a House Foreign Affairs Committee that Tillerson “volunteered” to be interviewed by the committee after committee members sought former members of President Donald Trump’s administration to interview.

During his meeting with the committee, Tillerson reportedly said the White House “actively avoided confronting Russia” over election interference to foster a good relationship between the U.S. and Russia.

He also apparently vented about the president’s son-in-law Jared Kushner during the meeting, who he reportedly said: “impeded his ability to communicate effectively and introduce to President Trump policy proposals.”