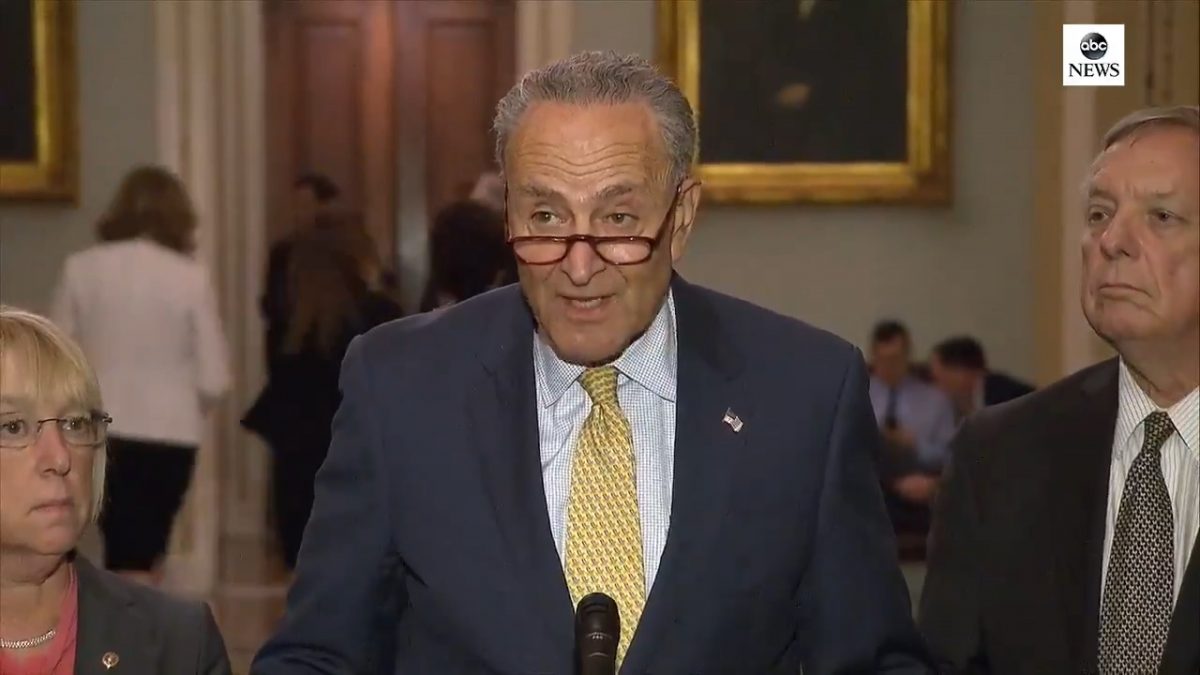 Sen. Chuck Schumer (D-NY) said he believes Sen. Mitch McConnell (R-KY) and Republicans “want the Russians to interfere” in the next presidential election.

“They want the Russians to interfere because they think it’ll help them. It’s clear. Mueller made this clear that the Russians wanted Trump to win,” Schumer said.

The Senate minority leader spoke on SiriusXM’s “The Joe Madison Show” in an interview recorded Wednesday when he made the comments. Joe Madison was asking Schumer about the GOP moving to block bills meant to ensure election security.

“I mean, this should be in my opinion, a bipartisan issue. I mean, you had a clarion call from the former special counsel. What is the difficulty?” Madison asked about the bills.

“There’s no good explanation. I said, it’s not a partisan issue, just what you said, not a partisan issue. This is what Americans have died for through all our wars to protect the right to vote,” Schumer said. “So now you’re going to let the Russians bollocks it up and interfere with it?”

“Donald Trump in his puerile, babyishness, if that’s even a word, is so upset at the fact that the Russians might have interfered, that it delegitimizes his election, and McConnell is so scared of Trump that he goes along,” Schumer said.