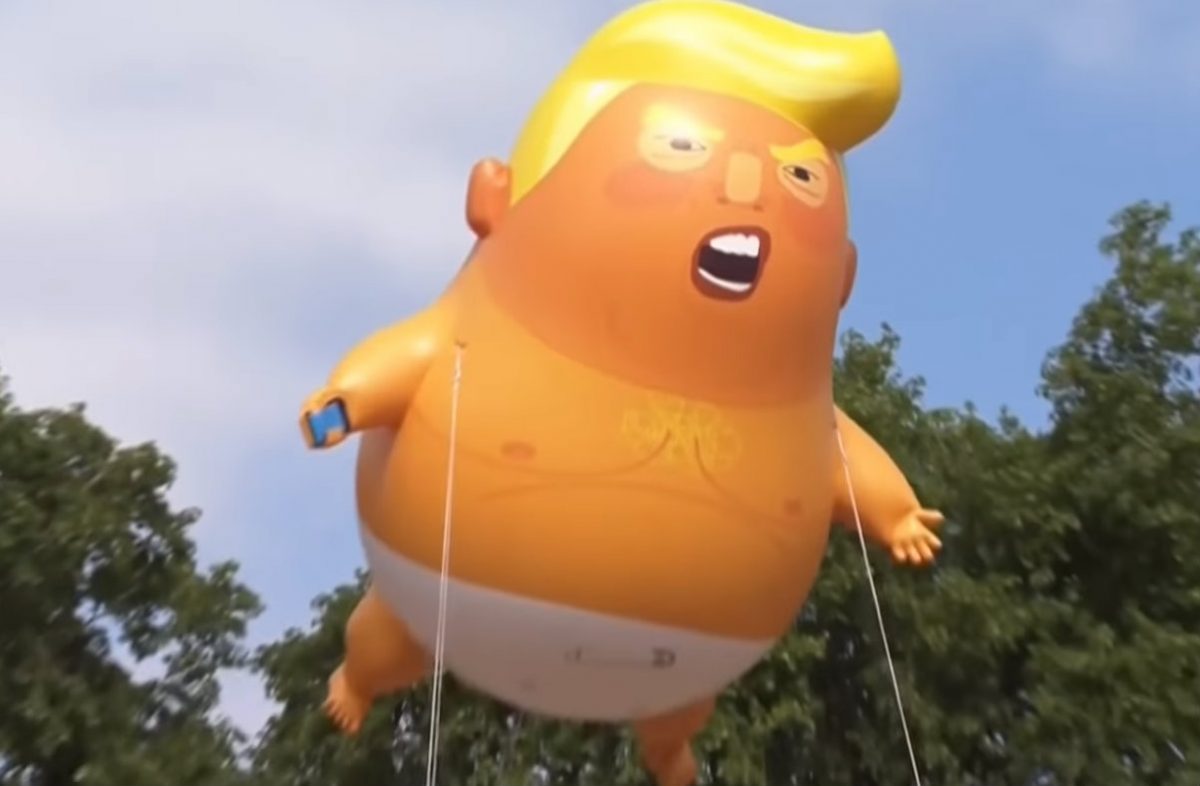 A British broadcaster poked fun at President Donald Trump in an ad for coverage of his upcoming state visit by showing an infamous protest balloon portraying the president as a baby.

Watch full coverage of President Trump’s state visit to the UK from Monday on @SkyNews. #TrumpVisit

You can find us on Sky channel 501 or live here https://t.co/mFrfbZynow pic.twitter.com/o68z0wfqtn

Sky News posted the advertisement on Twitter foreshadowing Trump’s state visit coming next week, with the ad featuring ominous music as a shadow is cast over London and the Royal Family.

The baby balloon is revealed to be the object casting the shadow with the words “He’s Back.”

The unflattering balloon flew over London the last time Trump visited as part of a protest approved by London Mayor Sadiq Khan.

Trump’s visit comes at a time of upheaval in British politics. Prime Minister Theresa May has announced her resignation amid difficulties finding a way to deliver an outcome to Brexit, Britain’s pending withdrawal from the European Union.