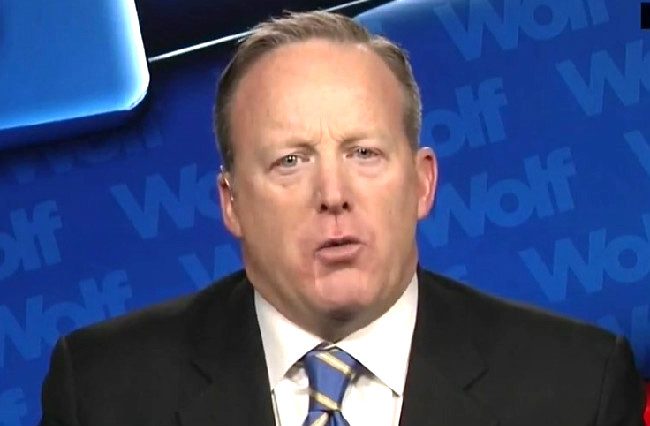 On Wednesday, the discovery that White House Press Secretary Sean Spicer had repeatedly mentioned a nonexistent terrorist attack in Atlanta was one of the more prominent topics in politics. Spicer had mentioned Atlanta on three different occasions when listing attacks with ties to Islamic extremists that Donald Trump’s administration felt justified the travel ban executive order. In reality, the city’s only terorist attack, the 1996 Centennial Olympic Park bombing, was perpetrated by Christian extremist Eric Rudolph. On Thursday, Spicer emailed an explanation to ABC News, which the White House as an entity later confirmed to The Washington Post: He “clearly meant Orlando,” referring to the Pulse nightclub shooting on June 12th.

Your mileage may vary as to whether or not this is a credible explanation on its face.

On one hand, both are large cities in the southeast and their names sound somewhat similar, so it doesn’t seem like a stretch that the wrong word could come out. The Orlando shooting also fit into the narrative that the administration has been pushing, using attacks committed by men who self-radicalized in the United States to justify a travel ban that didn’t include the countries that they and/or their families came from.

On the other hand, Spicer referenced the “Atlanta” attack on three different occasions. Not only that, but the comments came during the same week as Kellyanne Conway’s about the nonexistent “Bowling Green Massacre.” Some of Spicer’s Atlanta comments came on the same day (January 29th) that Conway made some of the Bowling Green comments. If you want to make the case for the administration trying to somewhat subtlety plant the idea of new, unreported terrorist attacks in Americans’ heads, especially after the comments about the media not sufficiently covering terrorist attacks in general, a compelling argument can be made in that direction, as well.