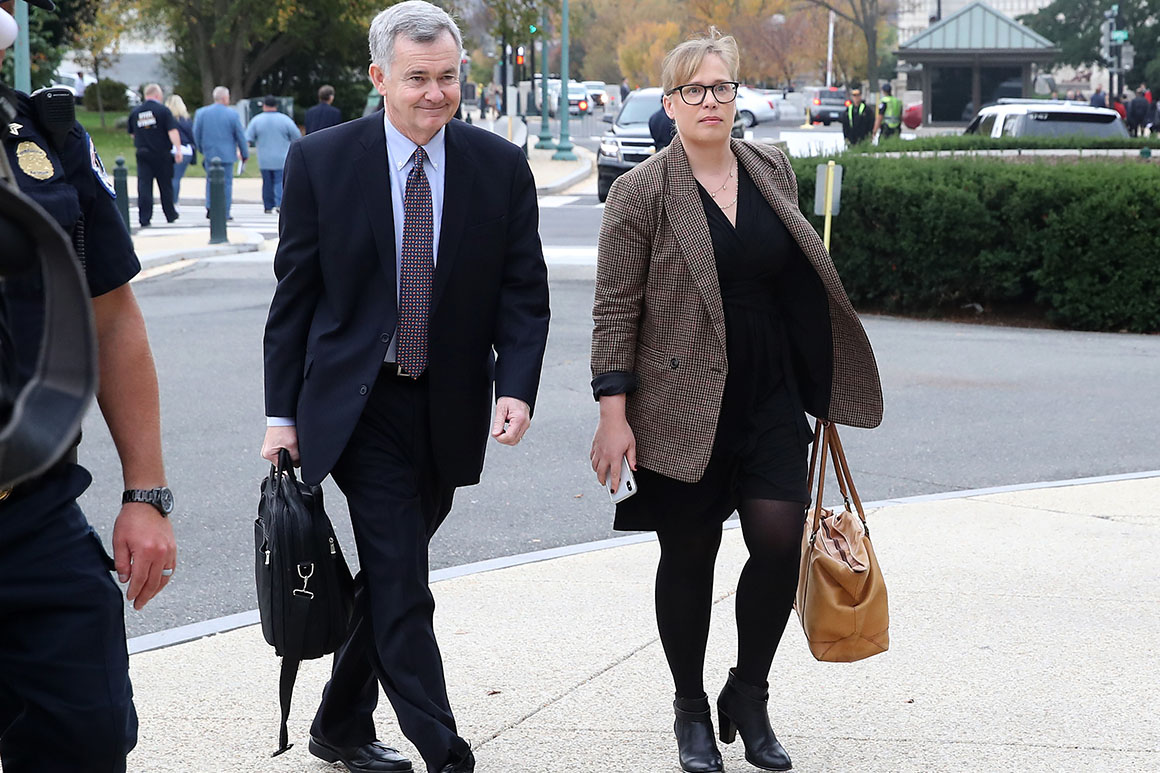 According to a newly-released transcript, Croft told members of Congress that she was “surprised” to learn that Ukrainian officials found out about the hold on aid before the hold became public

“I remember being very surprised at the effectiveness of my Ukrainian counterparts’ diplomatic tradecraft, as in to say they found out very early on on much earlier than I expected them to.”

Croft’s testimony seemingly undermines a frequent argument from President Donald Trump and his allies hinges on arguing there could not have been a quid pro quo of aid for an investigation of Trump’s political opponents because Ukraine didn’t know about the hold on aid.

Croft’s testimony also apparently corroborates a report from The New York Times from late October, which stated “the Ukrainian government was aware of the freeze during most of the period in August when Mr. Trump’s personal lawyer Rudolph W. Giuliani and two American diplomats were pressing President Volodymyr Zelensky of Ukraine to make a public commitment to the investigations.”

“The problem was not bureaucratic, the Ukrainians were told. To address it, they were advised, they should reach out to Mick Mulvaney, the acting White House chief of staff, according to the interviews and records.

The timing of the communications, which have not previously been reported, shows that Ukraine was aware the White House was holding up the funds weeks earlier than acknowledged.”