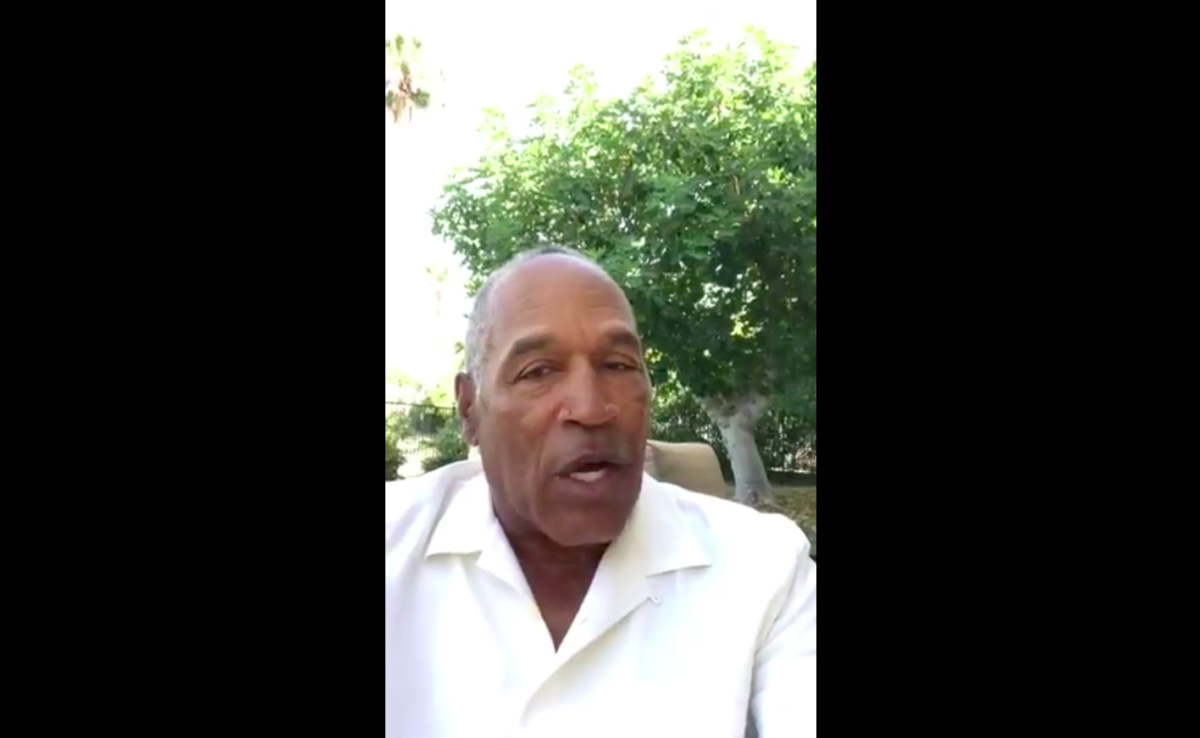 Students for Trump, a right-wing youth group that was co-founded by a professional grifter charged with wire fraud, has turned to another alleged criminal to promote their surrogacy work for President Donald Trump.

While tweeting about being “fed up” with the 2020 Democratic candidates on Tuesday, Students for Trump shared a video of O.J. Simpson, the ex-NFL player who was arrested and charged with the murders of his ex-wife and her lover in the 1990s, which he was eventually acquitted for despite later losing a wrongful deaths case in civil court.

“Even OJ Simpson is fed up with Democrats pandering and not providing *any” real solutions,” tweeted Students for Trump in a post that the group has since taken down, which featured Simpson ranting against progressive policy proposals.

Simpson was commentating on the upcoming CNN Democratic primary debates in Detroit on Tuesday and Wednesday night.

“It’s easy to say oh we should fix global warming, ‘Oh, we should have an affordable health care plan, we should have a chicken in every pot,'” said the former Buffalo Bills running back. “All of that sounds good, the question is how are you going to do it … Put your plan out there let’s see you debate the merits.”

As for Students for Trump, they removed their promotion of Simpson’s comments shortly after uploading the clip and facing significant backlash.

The group is chaired by right-wing activist and Trump ally Charlie Kirk, who plans on using Students for Trump to launch a get-out-the-vote initiative to win over young voters to the Trump campaign. First-son Donald Trump Jr. is even expected to work with the group, telling Fox News earlier this month that he is “thrilled to see” the group “motivating and turning our college students to help my father get reelected in 2020.”

However, the group’s actual connections to the Trump campaign are not entirely clear. During the last presidential election, Students for Trump was issued cease and desist letters by the real Trump campaign for falsely presenting themselves as an official part of then-candidate Trump’s 2016 run. The co-founder of the group, John Lambert, was later charged with wire fraud and conspiracy to commit wire fraud shortly after his work for Students for Trump.