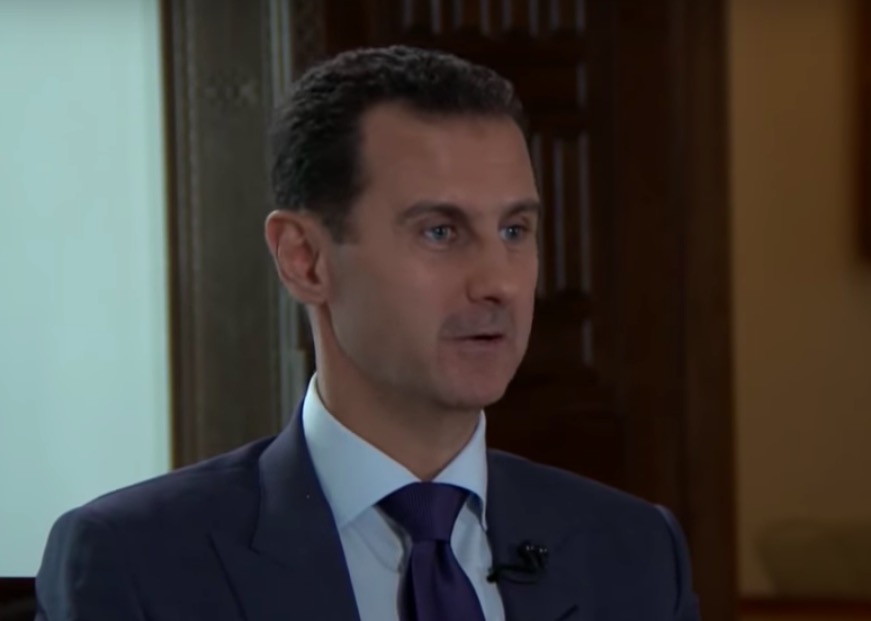 Syrian President Assad said on Thursday that President Trump is the best type of president for a foe due to his open talk of annexing Middle Eastern oil. pic.twitter.com/B9AZdnwoRK

Trump argued during the 2016 election that seizing and protecting oil fields from ISIS would eliminate a key revenue stream for the terror group. After Trump withdrew troops from northern Syria last month, before reversing course shortly afterward by deploying hundreds of troops to the war-torn country, he justified the reversal by pointing to a desire to “keep the oil.”

According to Assad — whose Syrian government owns the oil fields — Trump’s comments are the mark of a U.S. president finally being honest about his goals in the Middle East.

“I tell you he’s the best American president,” said in an interview with Syria’s state television. “Why? Not because his policies are good, but because he’s the most transparent president.”

He continued: “All American presidents commit crimes and end up taking the Nobel Prize and appear as a defender of human rights and the ‘unique’ and ‘brilliant’ American or Western principles. But all they are is a group of criminals who only represent the interests of the American lobbies of large corporations in weapons, oil and others.”

“Trump speaks with transparency to say ‘We want the oil.’ This is the reality of American politics since the Second World War at least,” Assad continued. “What do we want more than a transparent foe?”

Assad is, of course, responsible for escalating a peaceful protest in 2011 into a full-fledged civil war that burned his own country to the ground, killed hundreds of thousands and displaced millions, leading to the European migrant crisis and the rise if ISIS.

Watch above, via NBC News.