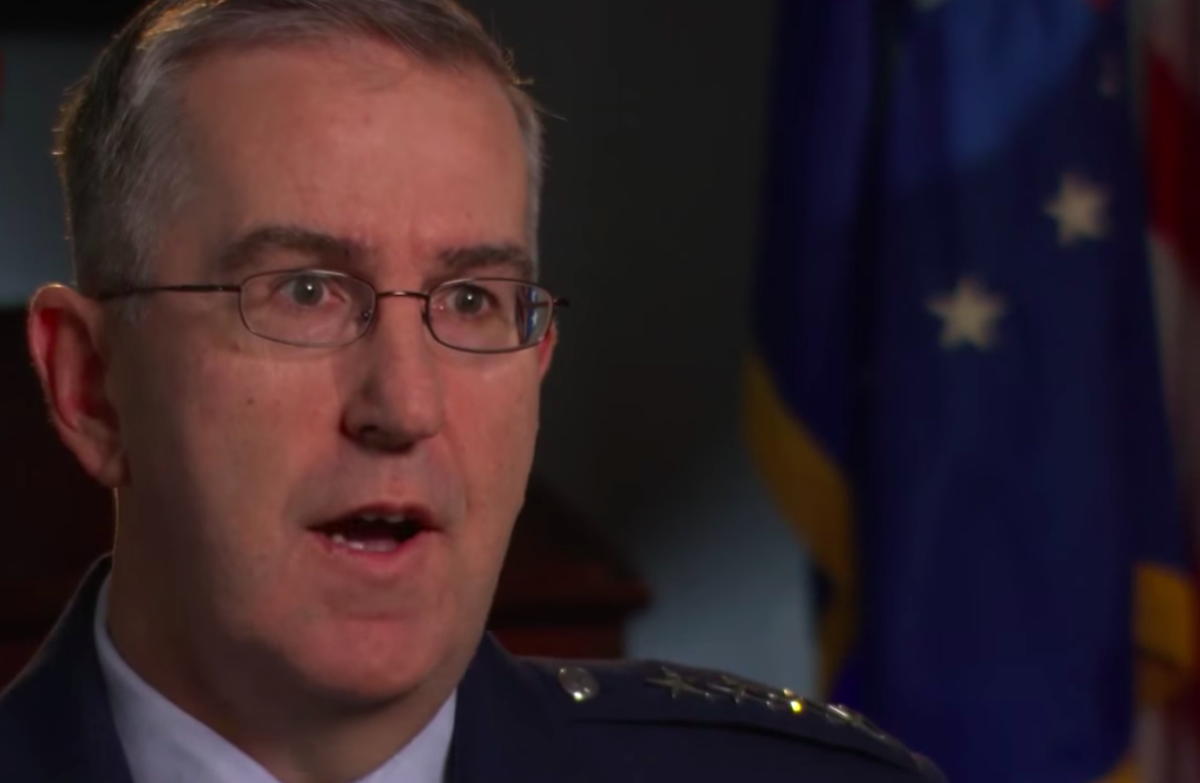 The identity of the high ranking U.S. military official who accused Air Force General John Hyten — President Donald Trump’s nominee for vice chairman of the Joint Chiefs of Staff — of sexual misconduct was revealed to be Army Colonel Kathryn A. Spletstoser on Friday.

A New York Times report detailed Spletstoser’s sexual assault accusations against Hyten, which she says occurred on December 2, 2017 while the two were in a Simi Valley, California hotel.

Spletstoser alleges that Hyten, then her boss, came to her room while the two were attending the Reagan National Defense Forum. The general allegedly requested that Spletstoser “sit down next to him” on the bed. She said he then kissed and pressed his body on her without consent. Spletstoser claims Hyten subsequently ejaculated on her.

While lawmakers have already gone over some of the accusations in private deliberations, Hyten is slated to answer for the allegation more thoroughly during a confirmation hearing before the Senate Armed Services Committee next week. If confirmed, the Trump nominee will reach the status of the number two ranking official in the U.S. military.

Hyten claimed Spletstoser’s accusations were false after the Air Force looked into an official complaint by the colonel, which did not result in his court-martial. A source who spoke to the Times said the military did not find hard evidence that corroborated the account, such as written exchanges between the two or other members of the armed forces, but acknowledged that the timeframe of Spletstoser’s claims aline with the two being in the same place.