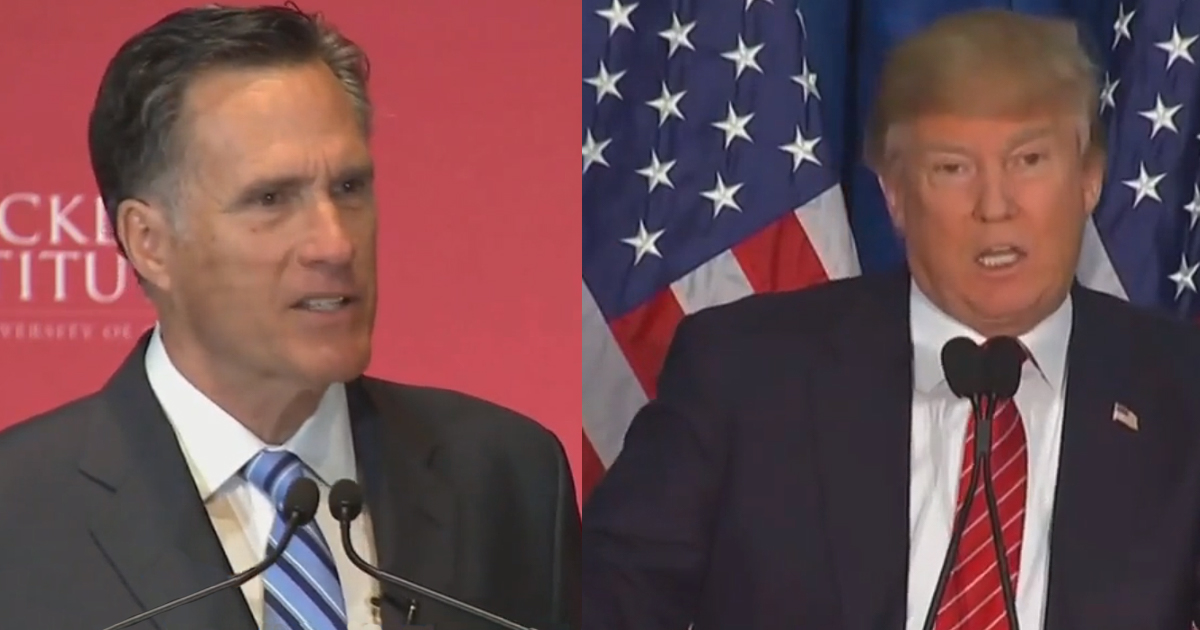 President Donald Trump has reportedly asked all Senate Republicans except Mitt Romney (R-UT) to join a bipartisan group tasked with re-opening the U.S. economy amid the coronavirus pandemic.

The White House announces that all Senate Republicans except Mitt Romney—who voted to impeach Trump on one of two counts in February—have ben invited to join a bipartisan task force on reopening the economy.

In February, Romney voted to convict Trump on obstruction of Congress, one of two impeachment counts, and the president has clearly not forgiven him.

Trump and Vice President Mike Pence held calls with members of the task force from both the House and Senate on Thursday, Politico reported, but Romney was not included.

“We all talked about working together,” House Minority Leader Kevin McCarthy (R-CA) told reporters. “It was a very good call … it was very productive.”

The White House had previously emailed the selected lawmakers informing them that they were chosen “to provide counsel to the president on the reopening of America in the wake of covid-19.”

Trump had also received criticism in March for ripping Romney in a sarcastic tweet regarding the senator’s coronavirus diagnosis:

This is really great news! I am so happy I can barely speak. He may have been a terrible presidential candidate and an even worse U.S. Senator, but he is a RINO, and I like him a lot! https://t.co/42zpWW9vzy