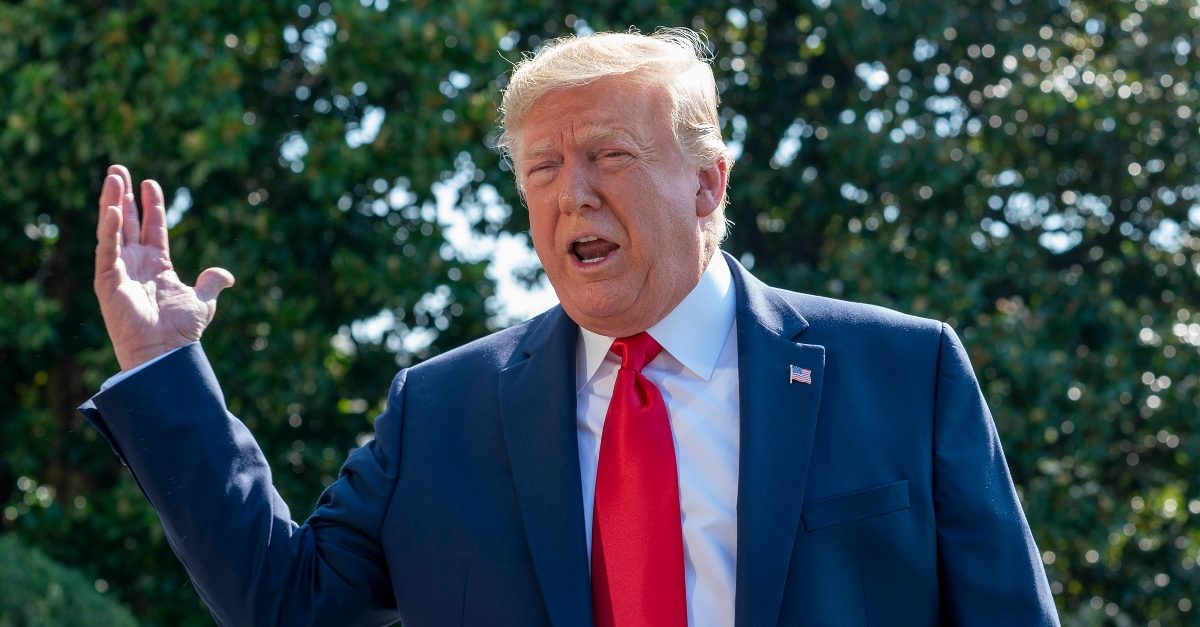 President Donald Trump apparently spent a decent part of his Sunday watching television, tweeting out his thoughts on the Sunday shows like Meet the Press and Face the Nation.

Trump attacked NBC’s “Sleepy Eyes Chuck Todd” and said he was having a “total meltdown” in his wild interview with Sen. Ron Johnson.

During the interview, Todd told Johnson he was spreading “Fox News propaganda stuff” in attempting to spin a defense of Trump’s Ukraine call.

Sleepy Eyes Chuck Todd of “Meet the Press” had a total meltdown in his interview with highly reaspected Senator @RonJohnsonWI. Seems that a not very bright Chuck just wasn’t getting the answers he was looking for in order to make me look as bad as possible. I did NOTHING wrong!

Surprisingly though, Trump had warm words for veteran journalist Bob Woodward who he called “cool, calm and interesting” during his appearance on Face the Nation … or “Deface the Nation” in Trump’s words.

During the segment, Woodward argued “knowing what we know about Trump, he’s not going to apologize I suspect, whether he wins or loses” in speaking about impeachment. Woodward also spoke about how he believes Republican senators will largely stick with Trump on the matter.

In his tweet, Trump also demeaned CBS anchor Margaret Brennan by calling her a “no name host(ess)” and again targeted New York Times reporter Peter Baker calling them both “biased boring and wrong.”

Good job, I must say, by Bob Woodward on “Deface the Nation.” The CBS no name host(ess), and other guest, Peter Baker of The Failing New York Times, were totally biased, boring and wrong (as usual), but Woodward was cool, calm and interesting. Thank you Bob!

Trump also singled out 60 Minutes, disputing that farmers are losing money due to the trade war and maintained that tariffs are paying for themselves.

.@60Minutes “forgot” to report that we are helping the great farmers of the USA to the tune of 28 Billion Dollars, for the last two years, paid for out of Tariffs paid to the United States by China for targeting the farmer. They devalued their currency, therefore paying the cost!

The president even apparently watched the Fox Business program WSJ at Large with Gerry Baker, quoting a defense of himself offered up by former independent counsel Ken Starr.

Gerry Baker of @WSJatLarge “Do you think what you’ve seen rises to the level of impeachment?” Ken Starr, Clinton Special Prosecutor. “I don’t!”