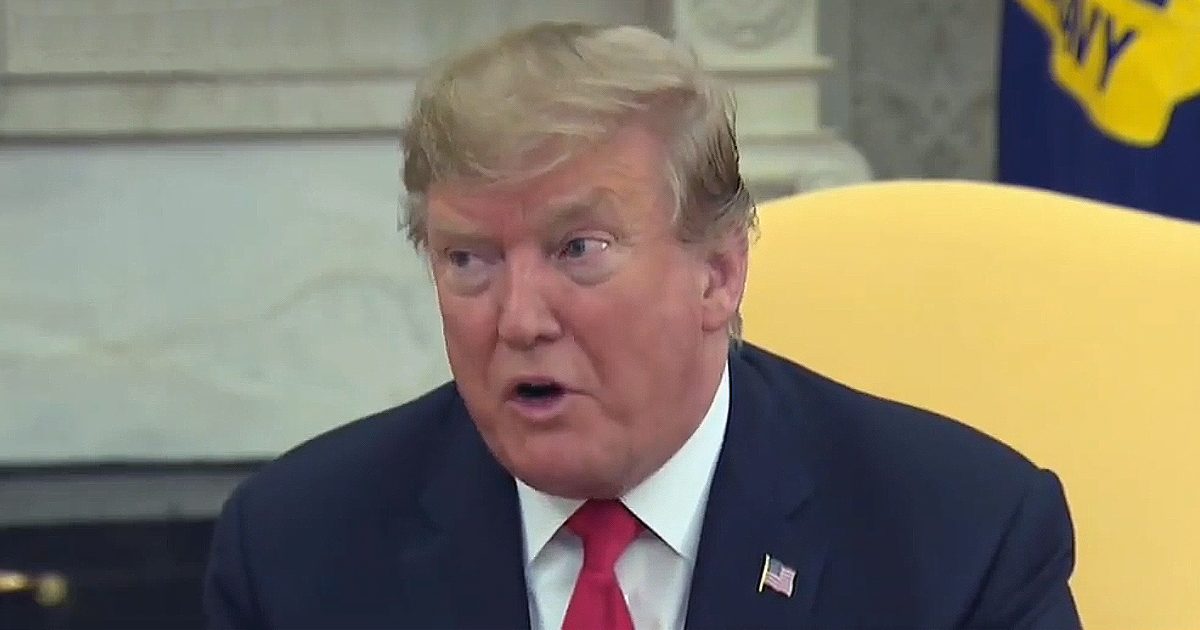 President Donald Trump ripped into NBC News last Friday night after they reported he was offered a pardon to then-U.S. Customs and Border Protection Commissioner Kevin McAleenan if he was jailed for illegally blocking asylum seekers.

He called it a “Fake Story” and said the “Mainstream Media is corrupt and getting worse, if that is possible, every day”:

Another Fake Story on @NBCNews that I offered Pardons to Homeland Securiy personnel in case they broke the law regarding illegal immigration and sanctuary cities. Of course this is not true. Mainstream Media is corrupt and getting worse, if that is possible, every day!

The New York Times reported on Friday that Trump “privately urged” McAleenan to shut the U.S.-Mexico border to all migrants just last week. According to the report, he also promised to pardon McAleenan if he faced any legal consequences for the move.

Maggie Haberman, White House correspondent for The New York Times, stood by the reporting, and suggested the president was conflating several stories:

A) CNN and NYT reported this as well B) We reached out for comment from the WH on this shortly after 11 am this morning, and asked for comment three times. In case the WH approach is not clear here, it’s to not comment and then have Trump say “fake news.” https://t.co/oiQ6SXOJos

Re-reading this tweet – haven’t seen NBC story but CNN and NYT reported accurately that POTUS said DHS’s McAleenan should ignore Nielsen’s refusal to close border to asylum seekers and he’d grant a pardon if McAleenan got in legal trouble for it. POTUS may be conflating 2 things https://t.co/oiQ6SXOJos