JUST IN: Trump Calls for the Jan. 6 Committee to Investigate Mike Pence 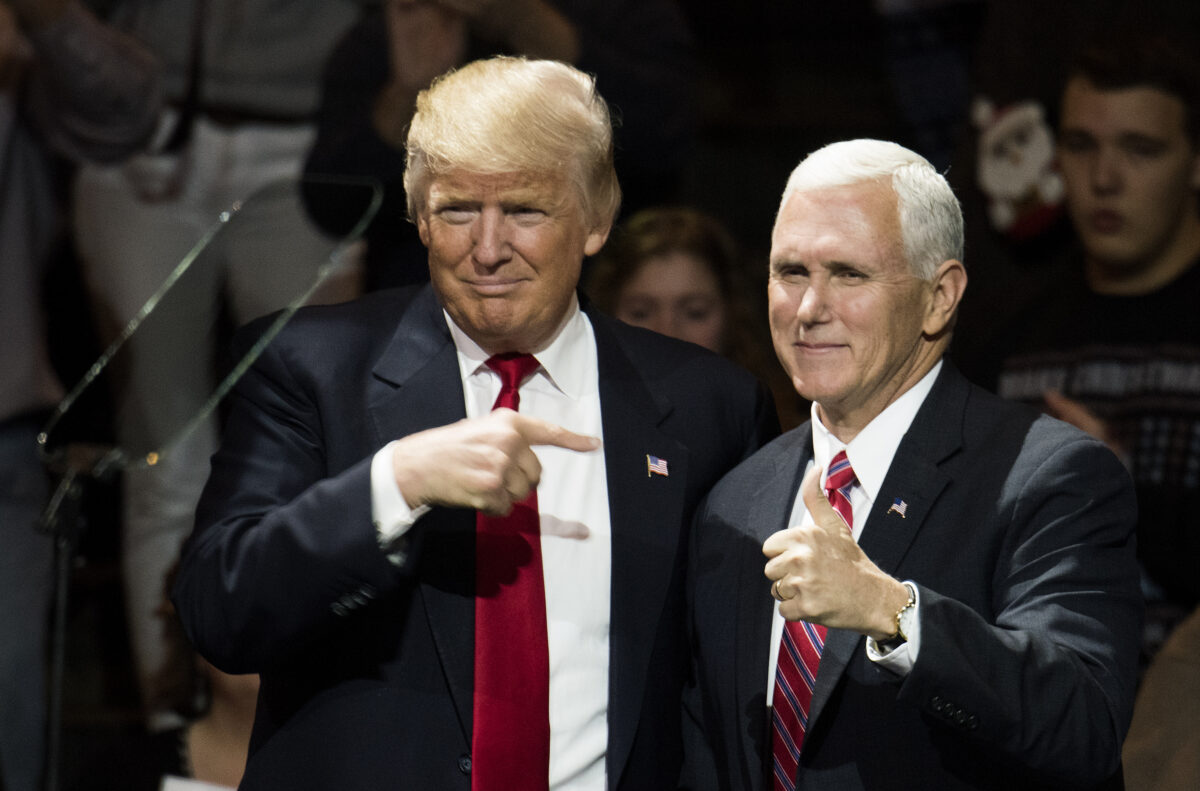 There is a pivotal scene in the final act of Butch Cassidy and the Sundance Kid in which the two outlaws are trying their best to escape from horseback lawmen tracking them in which an astonished Butch (played by Paul Newman) asks “Who are those guys?”

One might get the feeling that former President Donald Trump is sharing a similar reaction about the House Select Committee investigation of the events of January 6th, based on a statement released early Tuesday morning.

Trump made some news on Sunday evening when he flatly blamed his Vice President Mike Pence for not overturning the election, which he returned to again in a statement that, true to form, opens with insults of those who oppose him.

Calling out what he derides as the “Unselect Committee of political hacks, liars, and traitors,” Trump repeated his specious claim that a Vice President IS able to wantonly overturn election results, and encouraged a Congressional effort to clarify the Vice President’s ceremonial role in certifying the Electoral College.

Trump also hit out at Speaker Nancy Pelosi, who he appears to blame for the Capitol attack on January 6th by his supports, many of whom yelled out “where the fuck is Nancy?” before breaking into her office and rifling through her desk.

Trump concluded his statement with calls for Congressional investigation into both Pelosi AND Pence. “Therefore, the Unselect Committee should be investigating why Nancy Pelosi did such a poor job of overseeing security and why Mike Pence did not send back the votes for recertification or approval, in that it has now been shown that he clearly had the right to do so!”

Hmm…I wonder if Mike Pence has any insight on the events that led to January 6th that might interest the Select Committee and why Trump is willing to foster an apparently inimical relationship with his former number two.

So pathetic to watch the Unselect Committee of political hacks, liars, and traitors work so feverishly to alter the Electoral College Act so that a Vice President cannot ensure the honest results of the election, when just one year ago they said that “the Vice President has absolutely no right to ensure the true outcome or results of an election.” In other words, they lied, and the Vice President did have this right or, more pointedly, could have sent the votes back to various legislators for reassessment after so much fraud and irregularities were found. If it were sent back to the legislators, or if Nancy Pelosi, who is in charge of Capitol security, had taken my recommendation and substantially increased security, there would have been no “January 6” as we know it! Therefore, the Unselect Committee should be investigating why Nancy Pelosi did such a poor job of overseeing security and why Mike Pence did not send back the votes for recertification or approval, in that it has now been shown that he clearly had the right to do so!