In a statement accompanying the video, the Trump campaign crowed: “While President Trump has been hard at work building a booming economy and making us safer. Democrats in the House and Senate took us on a frantic, chaotic, conspiracy-laden roller coaster for two years, alleging wrongdoing where there was none.”

The statement continued on: “So distraught and blindsided by the results of the 2016 elections, Democrats lied to the American people continually, hoping to undo the legitimate election of President Trump. ”

“COLLUSION HOAX” appeared at the top in all caps. 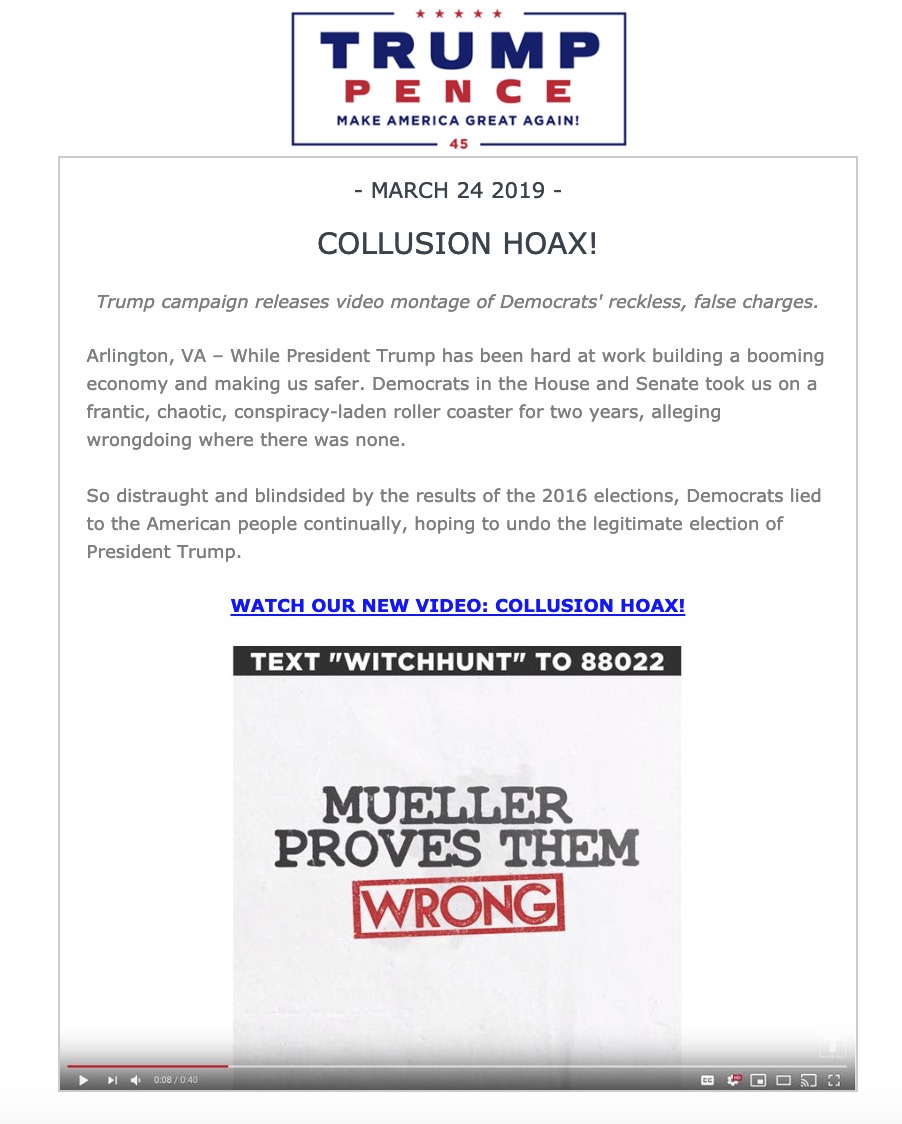 The video itself is a series of all-caps headlines reading “DEMS HYPED COLLUSION WITH NO EVIDENCE,” and “MUELLER PROVES THEM WRONG” followed by a game show buzzer noise.

The rest is just clips of leading Democrats — including Sen. Richard Blumenthal and Rep. Jerry Nadler — speaking before the buzzer goes off and “WRONG” appears in red across the screen.

Watch above, via the Trump campaign.