Trump: U.S. 'Does Not Endorse' Turkish Offensive in Syria 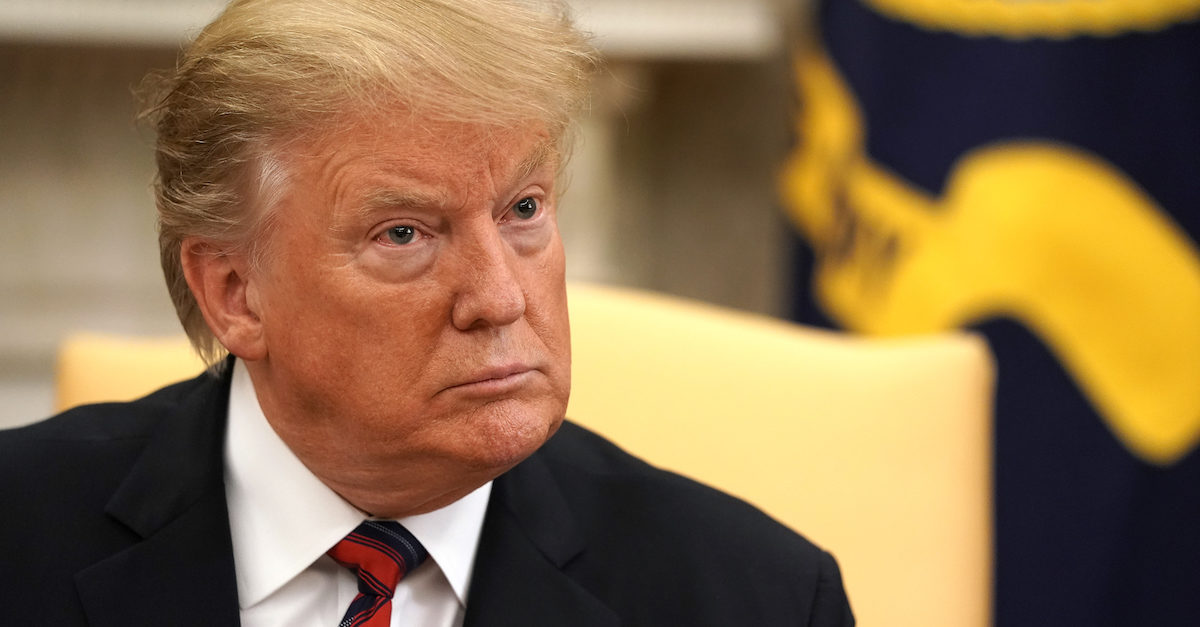 The White House released a statement from President Donald Trump Wednesday afternoon, condemning Turkey’s airstrikes in Syria as they commence their military incursion into the region.

“This morning, Turkey, a NATO member, invaded Syria,” Trump said. “The United States does not endorse this attack and has made it clear to Turkey that this operation is a bad idea.”

WH provides this statement “The US does not endorse this attack..” pic.twitter.com/Sy6pXlaXI9

Trump goes on with his statement to insist that he’s fulfilling his campaign promise to end America’s involvement in “endless, senseless wars” that aren’t beneficial for the country.

“Turkey has committed to protecting civilians, protecting religious minorities, including Christians, and ensuring no humanitarian crisis takes place – and we will hold them to this commitment,” the statement reads. “We expect Turkey to abide by all of its commitments, and we continue to monitor the situation closely.”

Trump’s remarks come as he receives significant condemnation for giving the Turkish government his approval to launch their military operation in Northern Syrian, where U.S.-allied Kurdish forces have detained thousands of ISIS fighters. Since the Turkish government views these Kurdish militias as terrorists, Trump’s critics argued that his permissiveness of the operation is a betrayal of American allies and a possible boon to ISIS.

Trump has repeatedly defended his decision from criticism, and here are some of his latest tweets on the matter:

….IN THE HISTORY OF OUR COUNTRY! We went to war under a false & now disproven premise, WEAPONS OF MASS DESTRUCTION. There were NONE! Now we are slowly & carefully bringing our great soldiers & military home. Our focus is on the BIG PICTURE! THE USA IS GREATER THAN EVER BEFORE!