Trump Criticized for Comments on Hong Kong Protests: ‘Tough Situation… I Hope It Works Out for Everybody’ 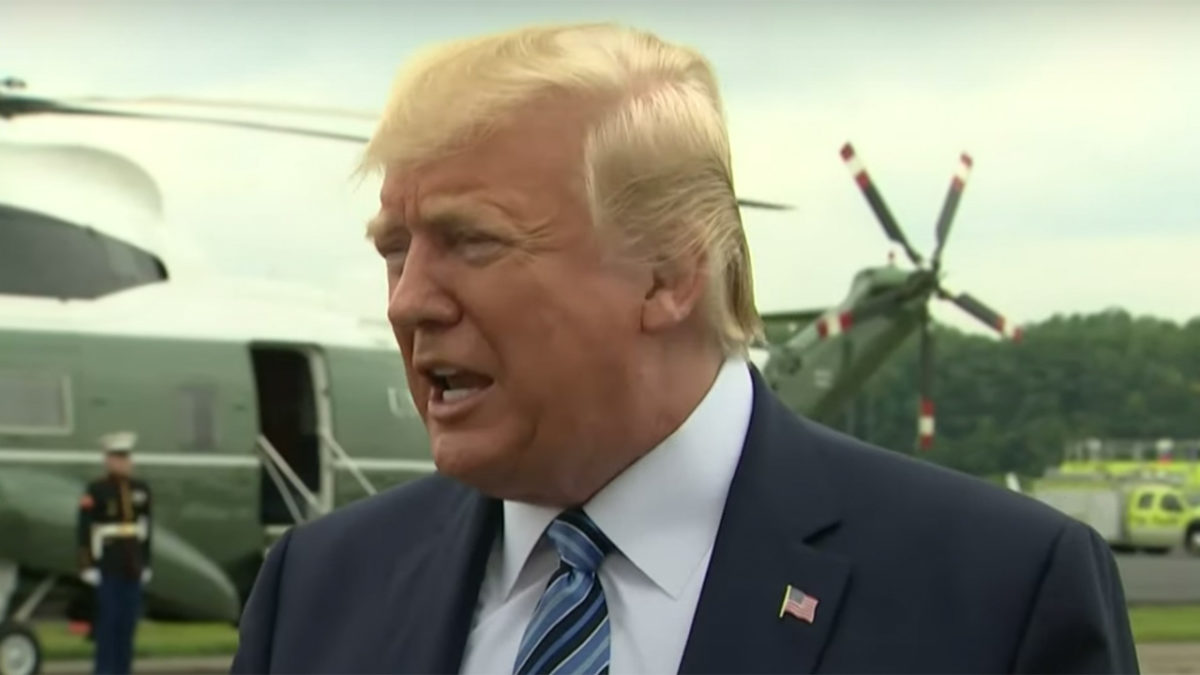 As the massive protests in Hong Kong continue, President Donald Trump weighed in during a brief gaggle with reporters this afternoon.

“We’ll see what happens, but I’m sure it will work out. I hope it works out for everybody—including China, by the way.” https://t.co/Rgczi6F3QX pic.twitter.com/mYEv0lreg8

Trump also tweeted on the protests:

Many are blaming me, and the United States, for the problems going on in Hong Kong. I can’t imagine why?

Our Intelligence has informed us that the Chinese Government is moving troops to the Border with Hong Kong. Everyone should be calm and safe!

On MSNBC, Pete Buttigieg said of the president’s first tweet, “He’s already made it about himself. And he’s on Twitter when he probably should be in the Situation Room trying to figure out how the U.S. could in some way be an effective voice for stability.”

A State Department spokesperson said in a statement earlier that the U.S. is “staunch in our support for freedom of expression and freedom of peaceful assembly in Hong Kong.”

Trump received a bunch of criticism this afternoon for not making a stronger statement himself on the pro-democracy protests:

This response from @realDonaldTrump to the situation in Hong Kong is truly inadequate. He should be calling on mainland authorities to meet all of their obligations associated with the 1997 handover, to act with restraint, and to enter into a dialogue with the residents of HK.

I personally believe that situations, like such as Hong Kong -and the China, everywhere like such as, and I believe they should – they have a tough situation and but, I’m sure it will work out. And China by the way too should build up their future, and like, Hong Kong, such as. https://t.co/kB2Z5bLutG

Replace the nouns here with Miley Cyrus and Liam Hemsworth and it makes just about as much sense https://t.co/hupDcYLwed

How about something that concerns someone else. We’ll settle for something even basic. Like “We strongly condemn the totalitarian use of force against peaceful protestors seeking democratic reforms”? Is that really too much to ask?

This is an unusual response to the ongoing pro-democracy protests in Hong Kong https://t.co/6RLvzyYL0Y

Protesters in Hong Kong are clashing with police, fighting for their sovereignty as China seeks to impose their will on the region. Meanwhile, the President of the United States believes the primary victim is himself. pic.twitter.com/xsxqBpN3QA

This is going to haunt President Trump for years to come! Millions of people are fighting for freedom and this is what he says about their oppressors?

If only someone were in a position to do something https://t.co/BL9PKGRK8Z

What? Aren’t you even just the slightest bit alarmed by that development? Who should be calm and safe? I doubt the Hong Kong demonstrators are not feeling very calm or safe from this disturbing military mobilization. https://t.co/vF0FIRW3hY

Actually, the situation is straightforward: the people of #HongKong and their fight for freedom & democracy deserve our respect & support. Failing to say so unequivocally is a betrayal of American leadership and values. https://t.co/TrBbOEKS4f