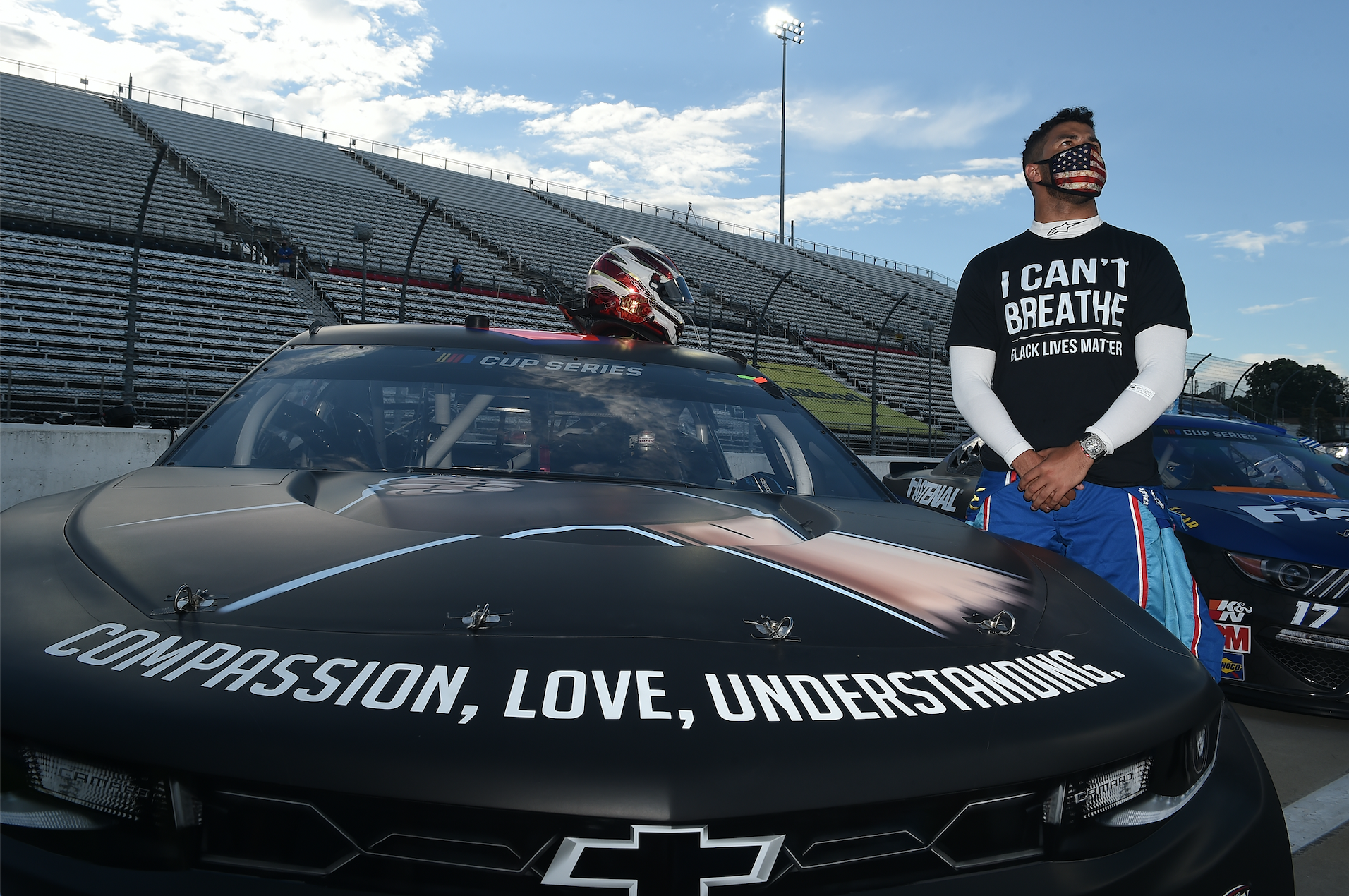 “Has @BubbaWallace apologized to all of those great NASCAR drivers & officials who came to his aid, stood by his side, & were willing to sacrifice everything for him, only to find out that the whole thing was just another HOAX?” Trump tweeted. “That & Flag decision has caused lowest ratings EVER!”

Has @BubbaWallace apologized to all of those great NASCAR drivers & officials who came to his aid, stood by his side, & were willing to sacrifice everything for him, only to find out that the whole thing was just another HOAX? That & Flag decision has caused lowest ratings EVER!

NASCAR said last month that a noose had been found in Wallace’s garage, prompting the Black driver to issue a statement condemning the incident. Wallace’s fellow drivers appeared together with him for a video in an act of solidarity. Wallace had made headlines for calling on NASCAR to ban Confederate flags from from its events.

The FBI carried out an investigation of the noose, which ended after it was determined that the noose had been in the garage since 2019 — and was not intended to target the Black driver.

NASCAR releases photo to the media of the garage pull rope formed as a noose from the Bubba Wallace garage Sunday at Talladega Superspeedway.
This image was provide by NASCAR. pic.twitter.com/Z4ZyBzpREF

“It was a noose,” Wallace declared following the FBI’s conclusion, adding, “This wasn’t used as a publicity stunt on my end. I don’t need all the fame and all the media hype to create my brand and create my image.”

Daily Beast reporter Lachlan Markay responded to President Trump’s claims that NASCAR has experienced the “lowest ratings EVER,” by noting that Saturday’s Xfinity race was the highest rated Xfinity race in three years.

Culture war stuff aside, NASCAR’s Xfinity Series race on Saturday was, in terms of ratings, “the best Xfinity race from Indianapolis in three years and up 21 percent when compared to the 2019 Xfinity average on NBC.” https://t.co/INWpPo4duA https://t.co/vHCVQ1RMRL

As the 2020 campaign ramps up, it has been reported that Trump intends to lean into culture war issues to shore up support. It was reported last week that Trump regrets listening to son-in-law and adviser Jared Kushner’s “woke” advice and will now “stick closer to his own instincts.”