Trump Hits Back at ‘Mental Wreck’ Scaramucci, Targets Wife, Accuses Him of Having ‘Abused Staff’ 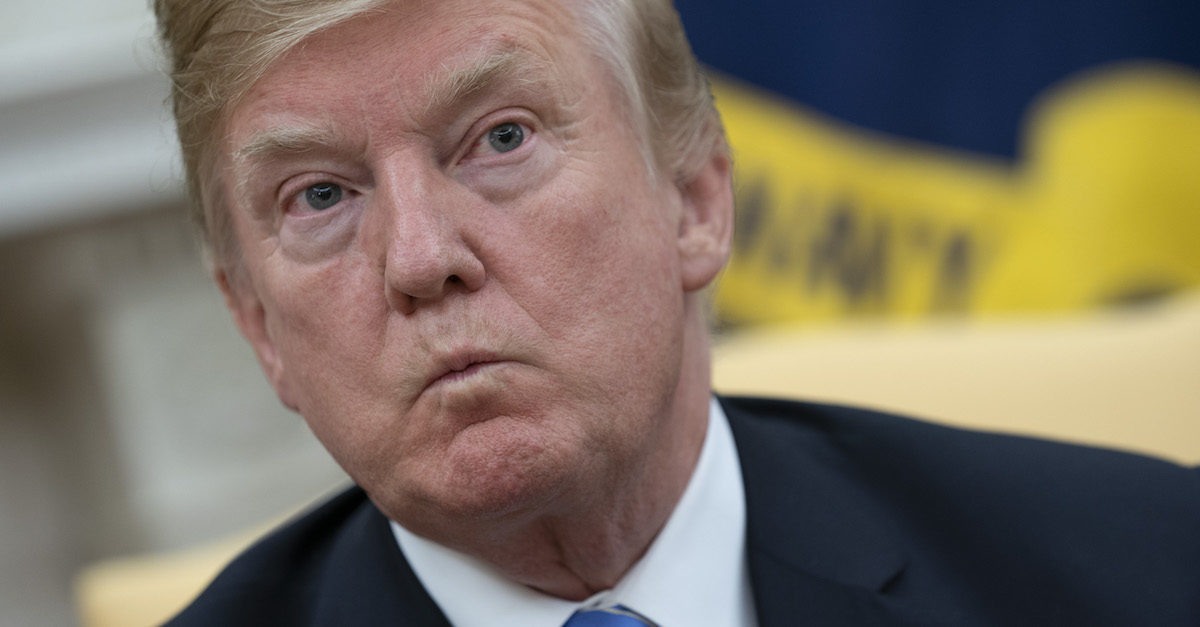 President Donald Trump responded to harsh criticism by Anthony Scaramucci after his former White House Communications Director appeared on CNN New Day and reiterated his call for the GOP to find another candidate for the 2020 General Election and claimed former Trump administration cabinet officials will soon rebuke Trump and his alleged mental instability.

Scarmucci has long been a vocal supporter of the Trump administration and a common visage on cable news, until last week when he very publicly split from the ranks of Trump supporters, raising the ire of the Commander in Chief.

In a set of tweets almost certainly in response to the CNN hit from earlier on Monday morning, Trump called Scaramucci a “highly unstable ‘nut job'” and claimed to have “barely” known him before Scaramucci spent 11 days of “gross incompetence” as Communications Director.

Trump claimed Scaramucci abused staff, got fired and claimed that his “wife was driving him crazy” and a “mental wreck.”

Anthony Scaramucci is a highly unstable “nut job” who was with other candidates in the primary who got shellaced, and then unfortunately wheedled his way into my campaign. I barely knew him until his 11 days of gross incompetence-made a fool of himself, bad on TV. Abused staff,..

….got fired. Wrote a very nice book about me just recently. Now the book is a lie? Said his wife was driving him crazy, “something big” was happening with her. Getting divorced. He was a mental wreck. We didn’t want him around. Now Fake News puts him on like he was my buddy!

Earlier on Monday morning in conversation with CNN’s Alisyn Camerota, Scaramucci revealed ongoing conversations with former members of the Trump cabinet about revealing their concern for the president’s mental health.

“This is not a never-Trump situation, this is not just screeching rhetoric. This is, okay, the guy’s unstable, everyone inside knows it. Everyone outside knows it. Let’s see if we can find a viable alternative. Moreover, I’ve got to get these former cabinet officials in unity to speak up about it. They know it’s a crisis,” before comparing the situation to The Caine Mutiny.

When pressed to reveal names of former cabinet members, Scaramucci declined but predicted that by middle to late Fall, former officials will come forward.