Trump Goes All Caps On Twitter as Whistleblower Report Drops 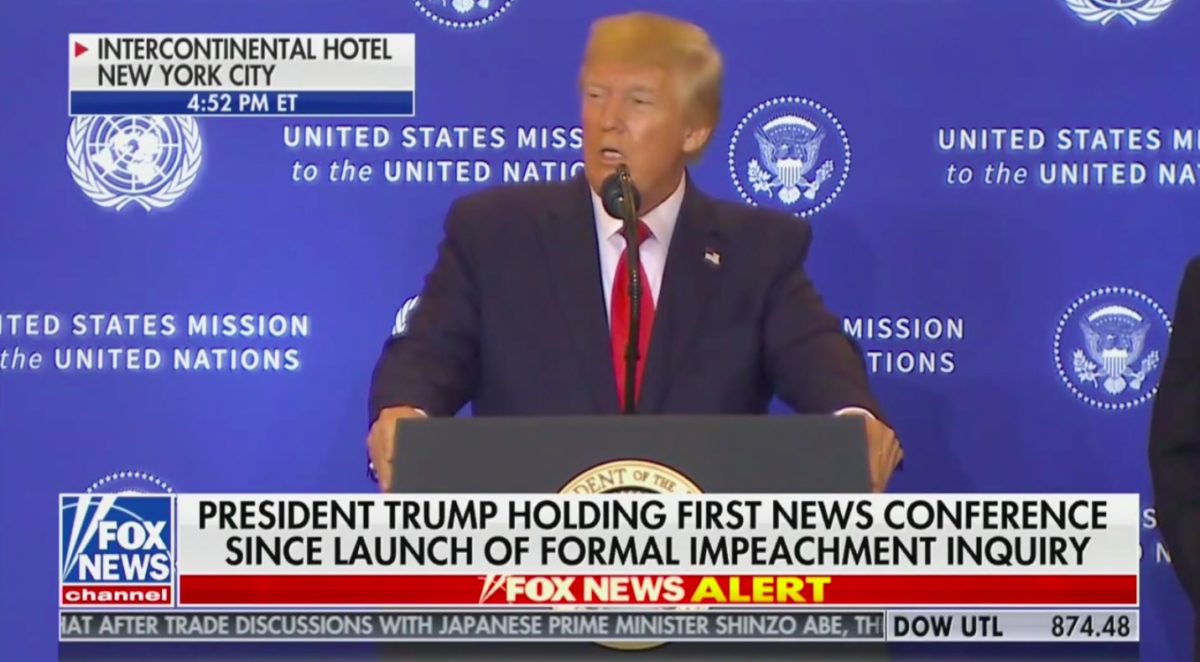 President Donald Trump has tweeted or retweeted dozens of times since last night, but he took things to all caps on Thursday morning, just as the Ukraine whistleblower report was released to the media on Thursday.

“THE DEMOCRATS ARE TRYING TO DESTROY THE REPUBLICAN PARTY AND ALL THAT IT STANDS FOR,” Trump bellowed. “STICK TOGETHER, PLAY THEIR GAME, AND FIGHT HARD REPUBLICANS. OUR COUNTRY IS AT STAKE!”

THE DEMOCRATS ARE TRYING TO DESTROY THE REPUBLICAN PARTY AND ALL THAT IT STANDS FOR. STICK TOGETHER, PLAY THEIR GAME, AND FIGHT HARD REPUBLICANS. OUR COUNTRY IS AT STAKE!

Trump’s tweet comes after the memorandum of his phone call with President Volodymyr Zelensky revealed that he pressed the Ukrainian leader to work with his allies and investigate a 2020 rival, former Vice President Joe Biden. Now that the whistleblower report on Trump’s dealings with Ukraine has been released, we know the whistleblower alleges that Trump used his presidential powers to “solicit interference” in the 2020 election, that the White House tried to “lock down” records of Trump’s call with Zelensky, and that Rudy Giuliani, the president’s personal lawyer, and Attorney General Bill Barr were both involved in those endeavors.

Trump’s press secretary Stephanie Grisham responded to the release of the complaint with a statement:

.@realDonaldTrump begins the day in New York at Trump Tower before returning to the Whote House. @PressSec statement on the release of the declassified whistleblower report. pic.twitter.com/oJy08LmJQt