President Donald Trump went on a retweet spree tonight, RTing everything from a dig at Joe Biden to Republicans bashing the Russia investigation to the White House Easter Egg Roll.

Trump started by retweeting a clip from Fox Business of one Republican congressman saying the Mueller report shows POTUS told the truth about collusion all along, followed by an RT of RNC Chair Ronna McDaniel swiping at Biden on Fox News. 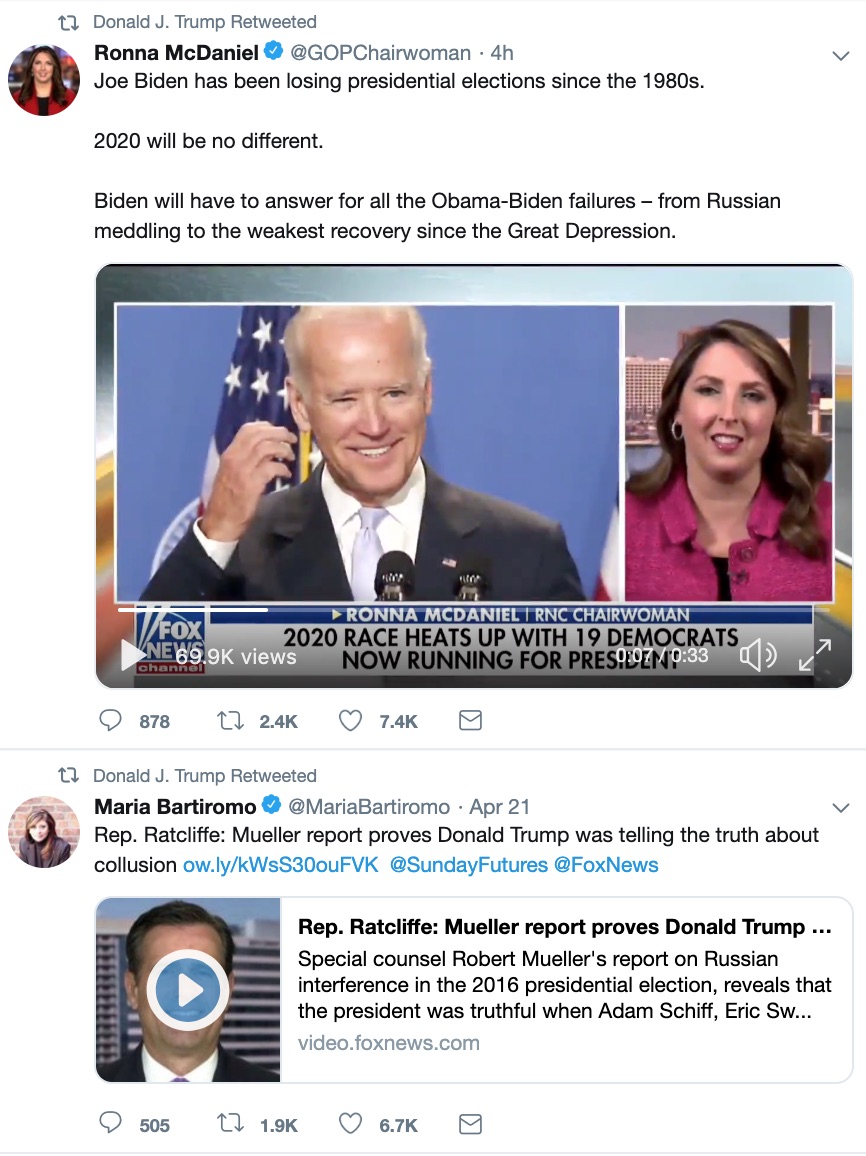 The president also RT’d a number of Tweets from Judicial Watch president Tom Fitton railing against the Russia probe and Mueller report and saying POTUS was unfairly targeted. 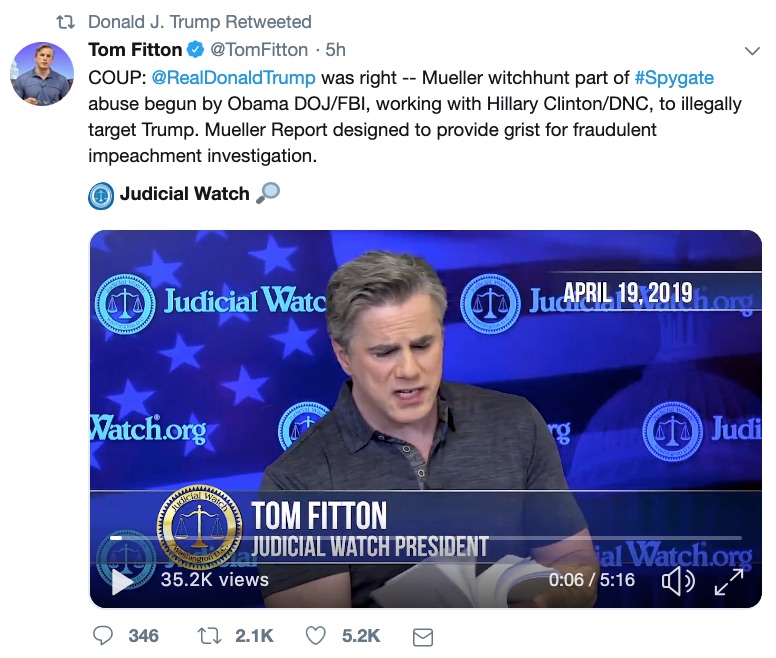 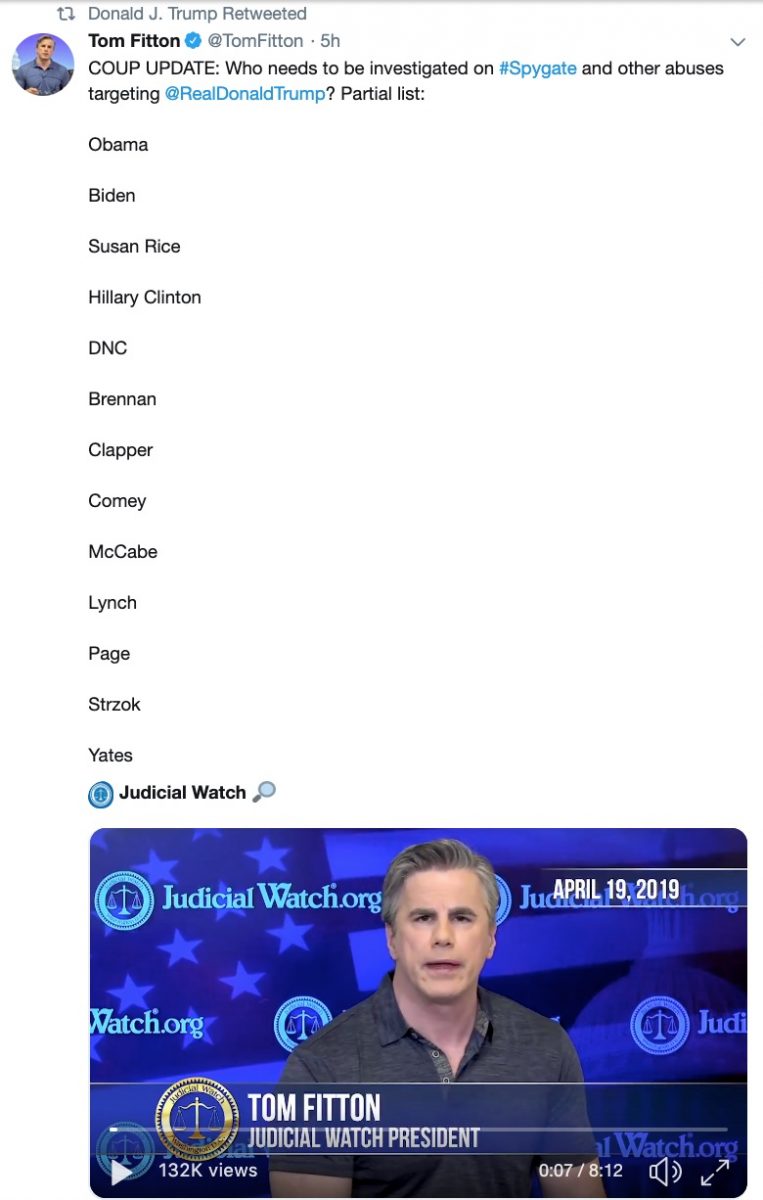 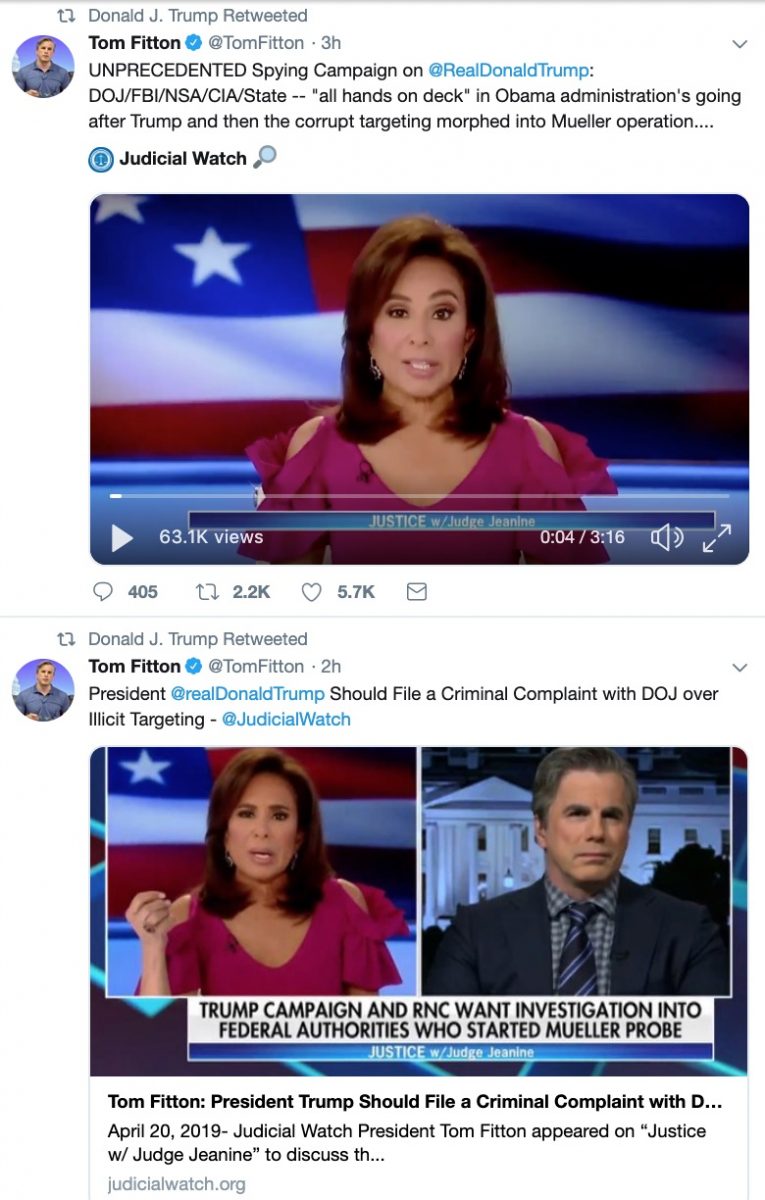 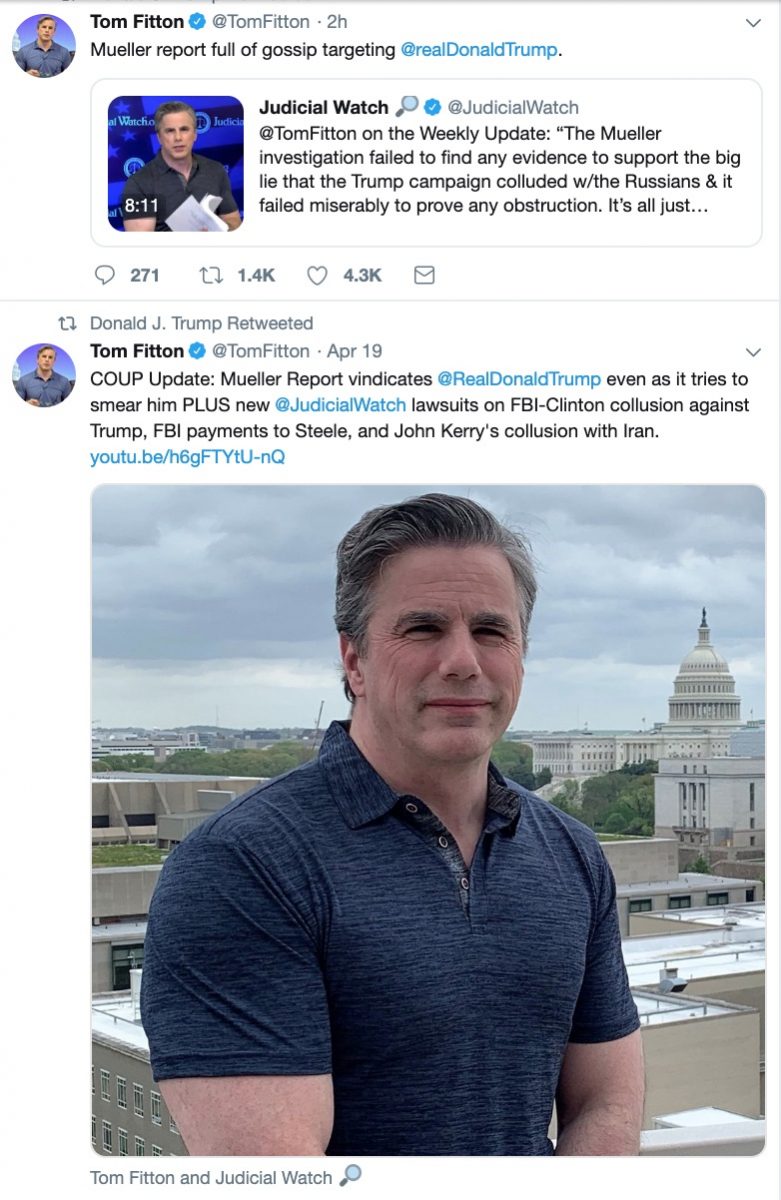 He then RT’d several members of Congress, from Devin Nunes to Mark Meadows, mostly on the Mueller report: 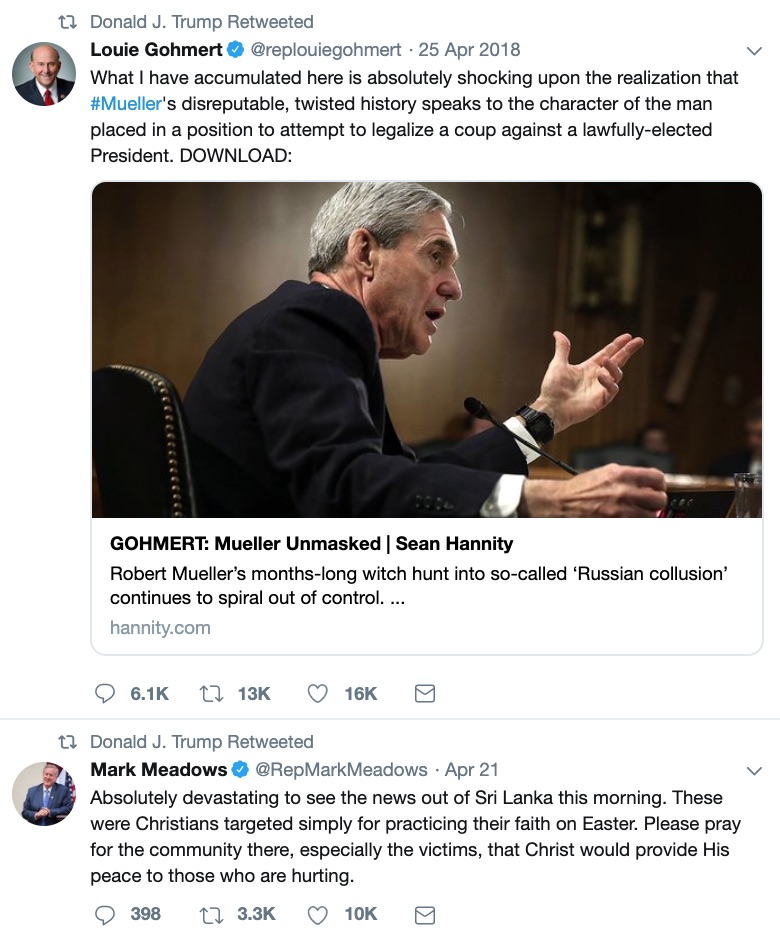 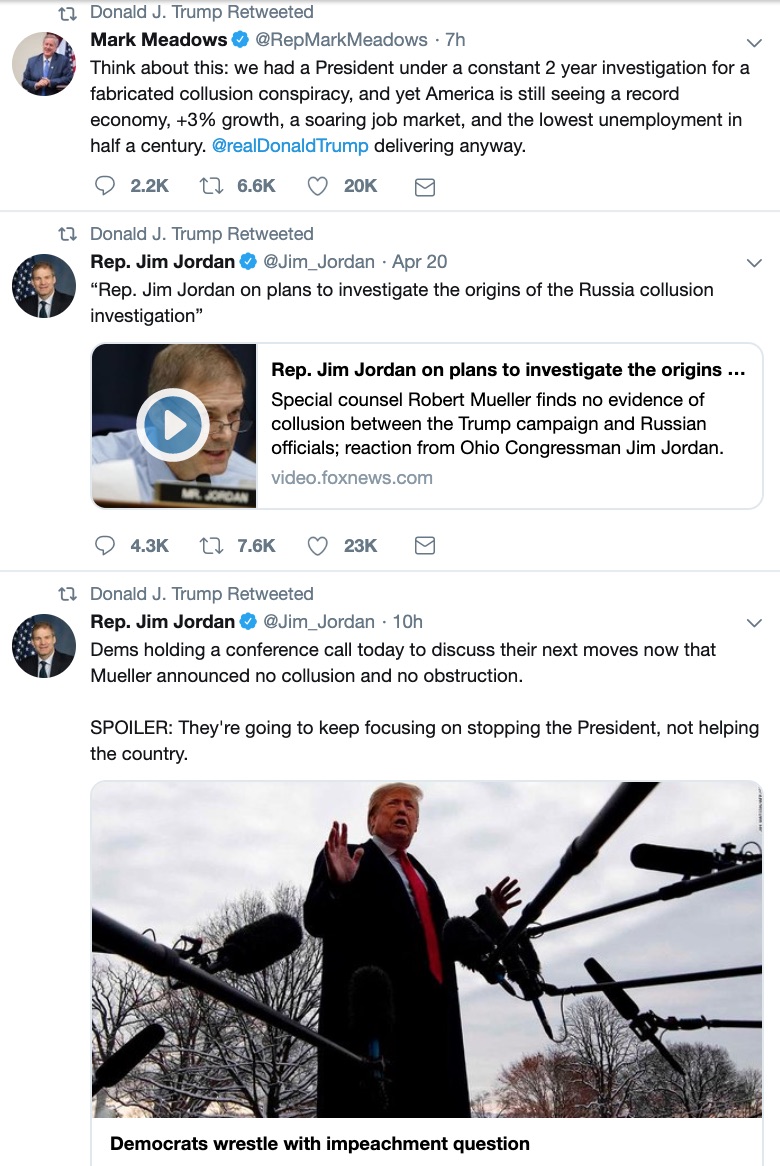 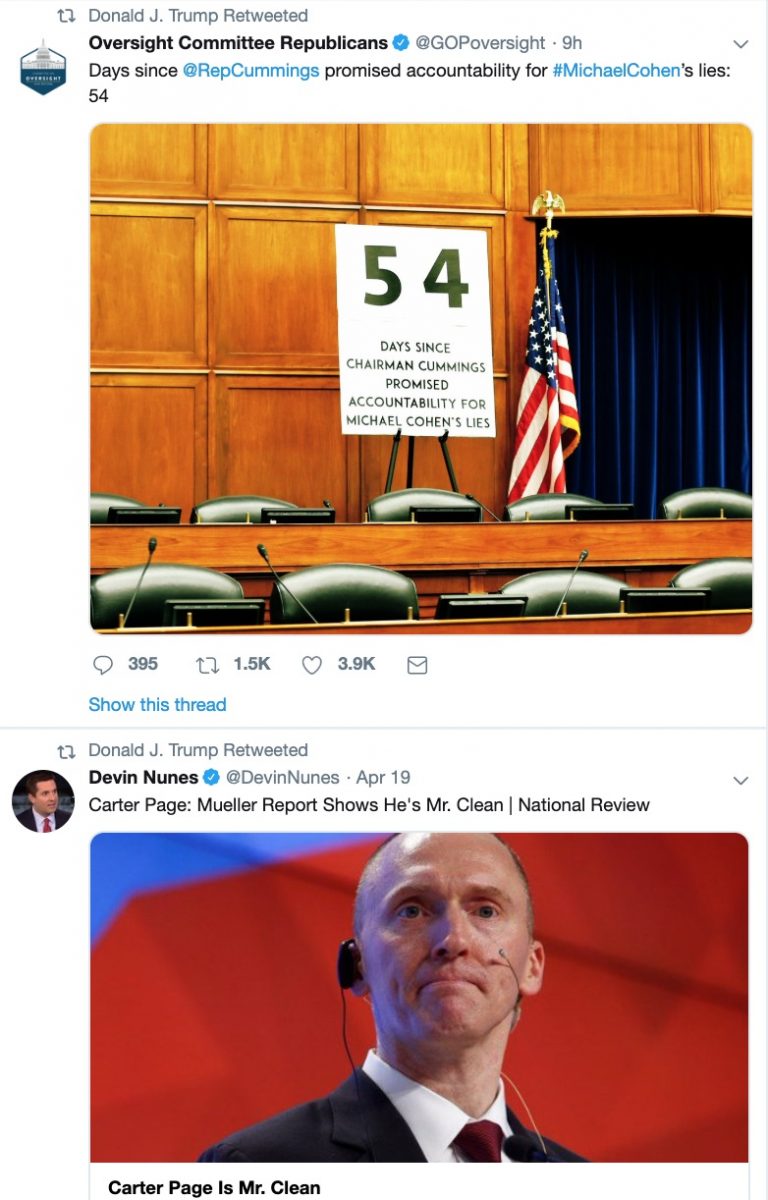 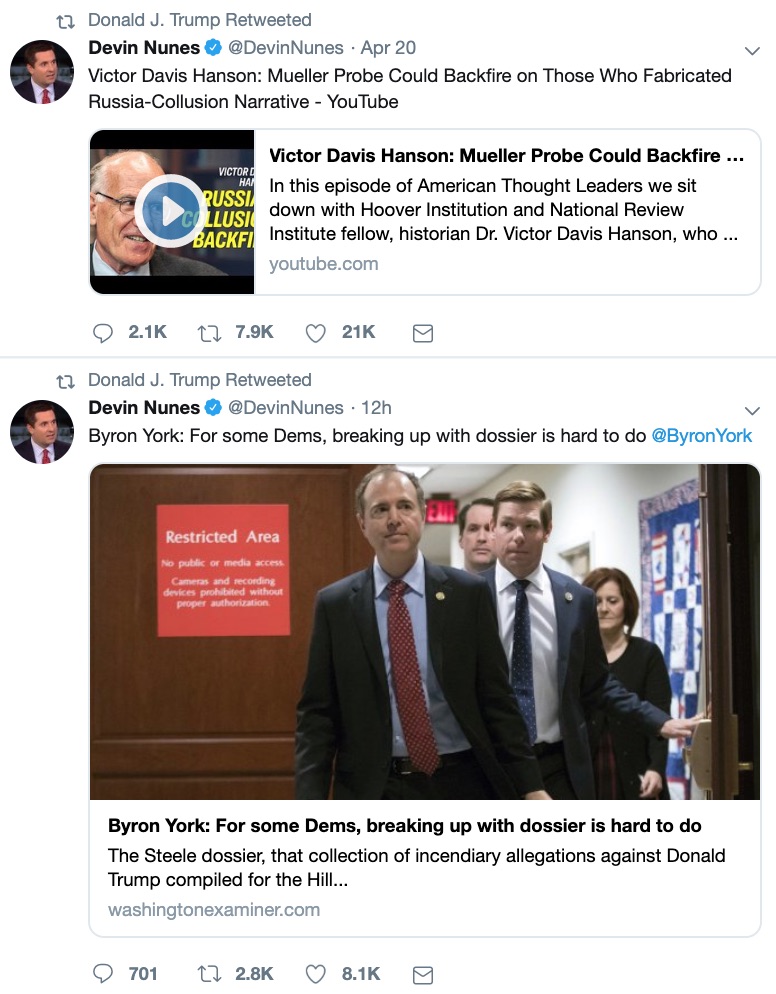 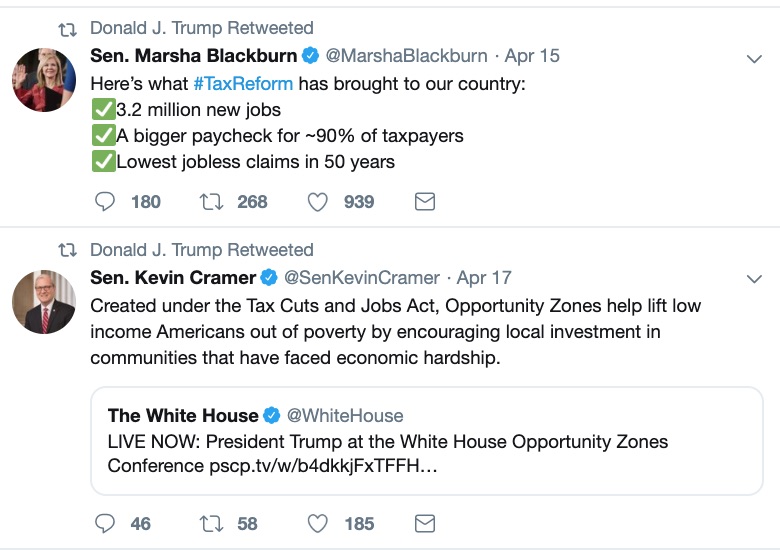 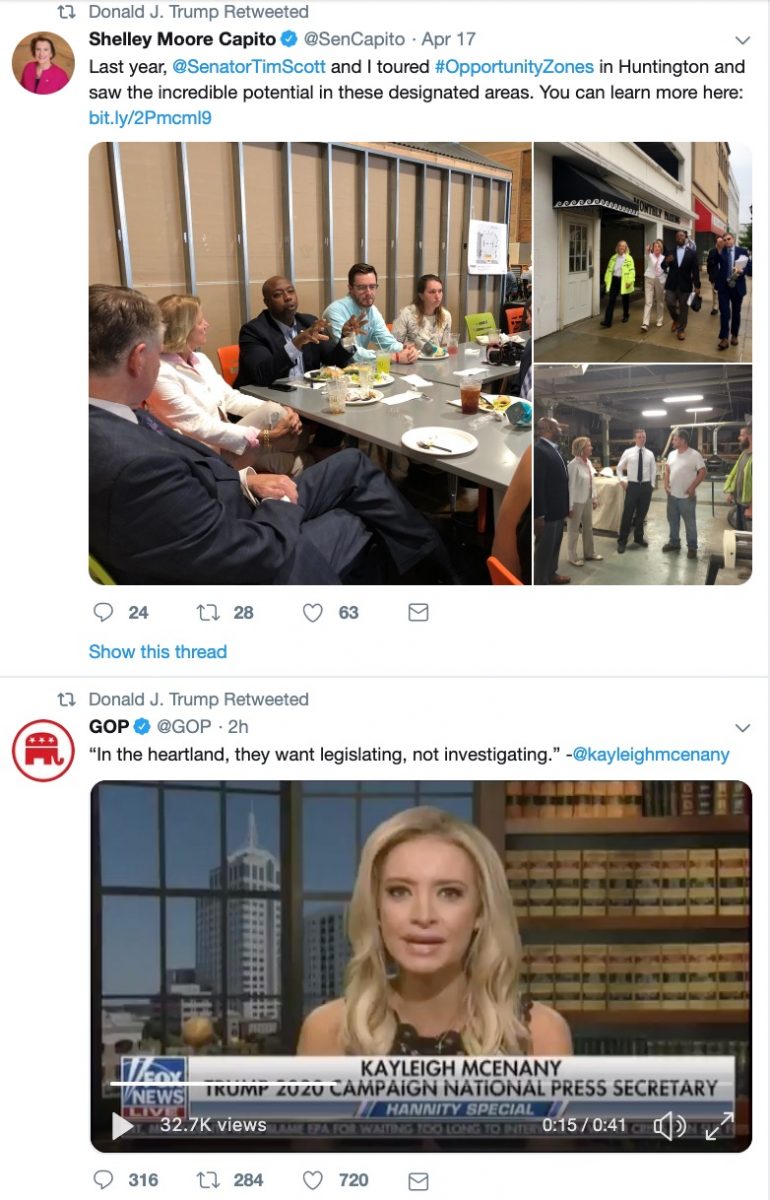 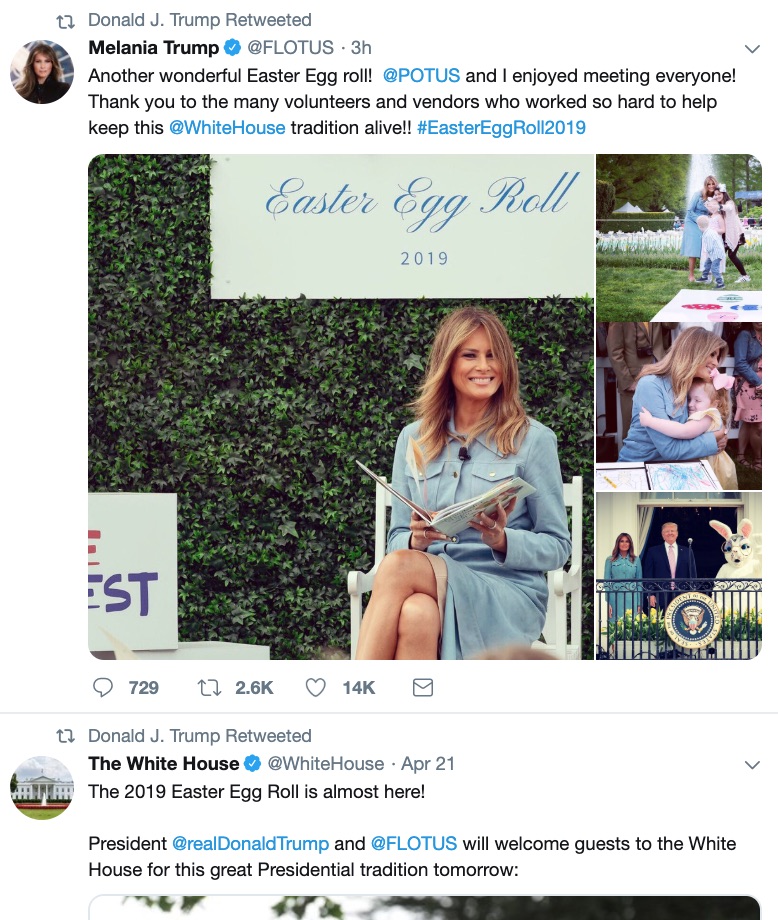