Trump in Interview: ‘I Have Greater Patience Than Any Human Being in the World’ 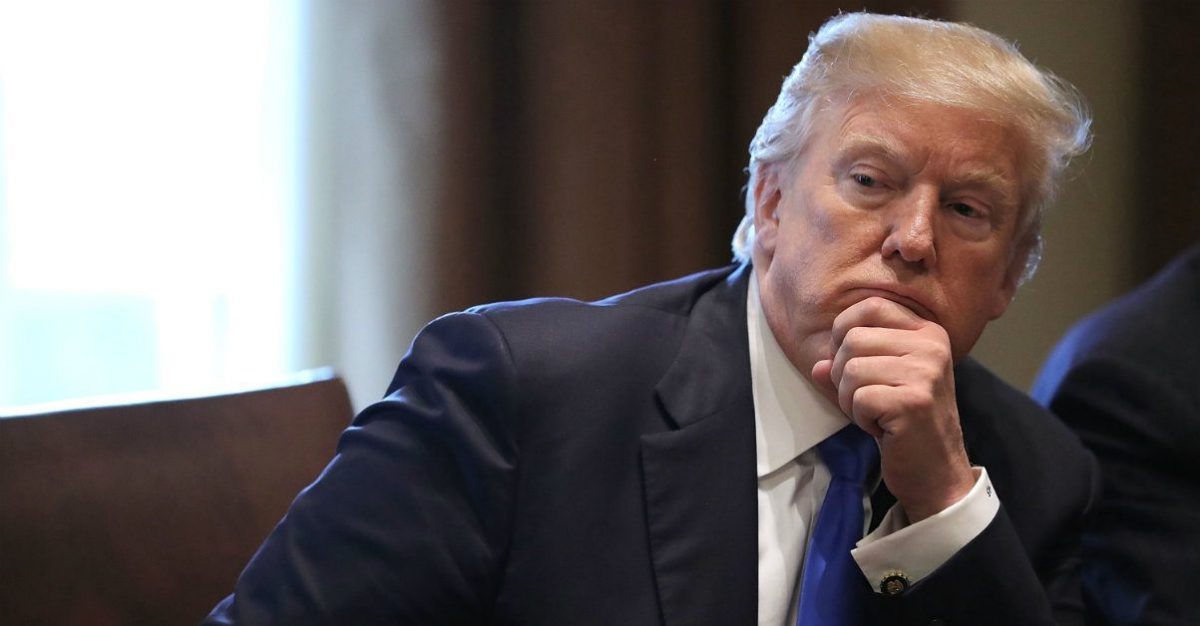 President Donald Trump thinks his level of patience is not just great. It is better than anyone else’s in the entire planet.

Trump’s comments came during an interview with Bloomberg on Thursday in the Oval Office.

At the time of his remarks, the President was talking about North Korean leader Kim Jong Un.

“I have greater patience than any human being in the world,” Trump told Bloomberg News in a White House interview. “People don’t understand that about me.”

He also seemed hopeful about how things were going with Kim, despite the cancellations of Secretary of State Mike Pompeo’s scheduled trip to the country.

“You’ve had no missile testing, you’ve had no rocket testing…We got back our hostages. And there’s been no nuclear tests. And that’s pretty good,” Trump said.

During the far-reaching interview, he also claimed he did not make a mistake in dealing with Sen. John McCain’s death.

Earlier today, a memorial was held in Arizona for McCain. President Trump is attending a scheduled MAGA rally in Indiana.