Trump is a Fake Patriot and Military Backer, But the Left Has Stupidly Ceded Him These Issues

Trump is a Fake Patriot and Military Backer, But the Left Has Stupidly Ceded Him These Issues 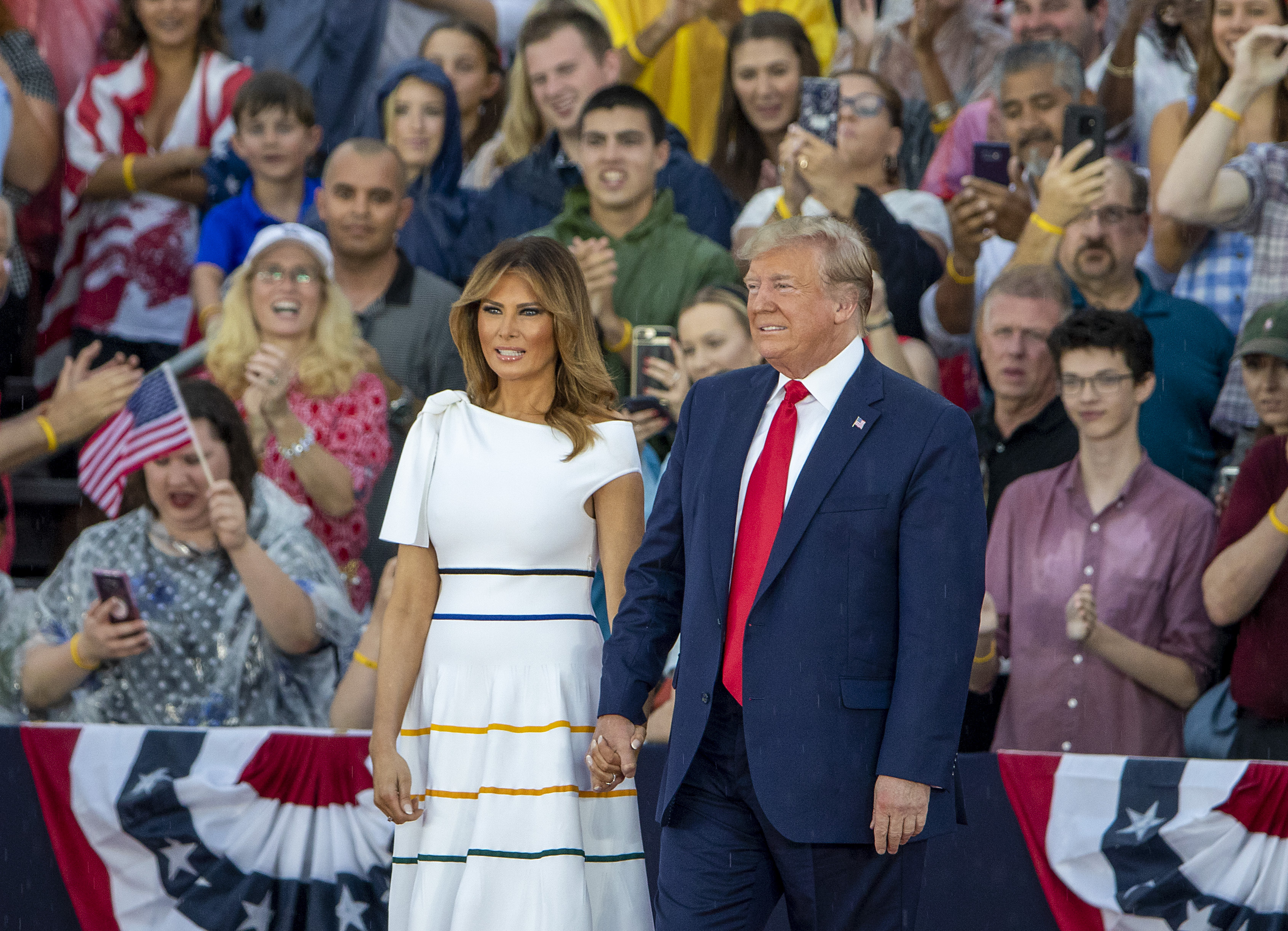 President Donald Trump’s much-derided Fourth of July celebration of our military was a mistimed (we have two other holidays devoted specifically to the military) misappropriation of public funds which set troubling precedent for the modern presidency. However, it was not nearly the disaster that Trump critics had been so openly rooting for and, consequently, it was a probably a political win for Trump.

Sure, the weather caused problems and his speech had some clear mistakes, but the crowd was not an embarrassment (as his aides had strategically feared, once again setting the news media up for disappointment by purposely creating low expectations). A non-Trump fan in the media business even contacted me to say they had attended the event and that the whole thing was “perfect … amazing … great.”

Also, as had been understandably presumed, Trump did not make the occasion overtly partisan, which is yet another bizarre example of how being a pathological lying narcissist actually works to his advantage. This is because on the rare occasions when he actually displays a modicum of restraint, and defies the warnings of doom made in the lead-up to something like this, it makes his opponents look really bad.

It is always hard to know how much of what Trump does in this realm is by dumb luck, and how much is as a result of him playing some sort of three-dimensional chess. But the net effect of what happened on Thursday is that Trump had the left openly criticizing, and hoping for the failure of, a Fourth of July event honoring our military, just days after many of the same people cheered Nike for stopping production, at the urging of Colin Kaepernick, of a sneaker with a Betsy Ross-flag theme.

All of this plays right into the narrative which Trump wants and needs heading into his re-election bid. Even he understands that he can’t have this election be a pure referendum on giving him another four years (which, in my view, would be likely far worse than the first three). He is trying to make this election about issues like patriotism and our military, where he knows the far left is totally out of touch with the voters in the key states which will decide the 2020 election.

This must all be extremely frustrating for liberals. After all, Trump is fake patriot who really only cares about himself and who routinely kisses up to foreign tyrants. He is also effectively a draft-dodger who has no legitimate personal claim over owning the military as a political issue, though his administration has increased funding for the armed forces.

But this is the price the political left is now forced to pay when they reflexively support numerous dubious causes that make them feel good, Kaepernick foremost among them, which play right into the stereotype that liberals don’t really love America. When they then attack a pro-military Fourth of July event before it happens, which then turns out to be relatively — though not totally — harmless, they don’t get any benefit of the doubt with voters of, for example, rural Pennsylvania and Florida who will have a huge say in whether Trump is re-elected.

To be clear, I am not making the case that any of this is based deeply in reality, but rather mostly in political perception, which is, sadly, all that really matters in politics. And the worst part for Democrats is that patriotism and the military are two issues that they have effectively ceded almost completely to Trump, when — especially given his very shaky personal history on these fronts — they should, at the very least, be able to fight him to a draw.

Of course, all of this is taking place in the backdrop of a Democratic presidential nominating process which appears destined to be dominated by the far left of the party, making it nearly impossible for any of the candidates to fight back of the fronts of patriotism and the military without appearing to not be “woke” enough. This is particularly the case now that frontrunner Joe Biden, the candidate best positioned to not let Trump own these topics, has been essentially neutered by his fear of being out of step with the progressive wing of his party.

So it appears that the Democrats, especially if Biden is not their candidate, are going to run against Trump by saying, at least subconsciously, that patriotism, our military, capitalism, and being a heterosexual white male, are all “bad” things. That will probably be a sound political strategy to win the 2040 presidential election, but is far too soon demographically to be a good bet to beat Trump in 2020.