Trump Mocks Elizabeth Warren After 2020 Announcement: ‘See You on the Campaign TRAIL, Liz!’

Trump Mocks Elizabeth Warren After 2020 Announcement: ‘See You on the Campaign TRAIL, Liz!’ 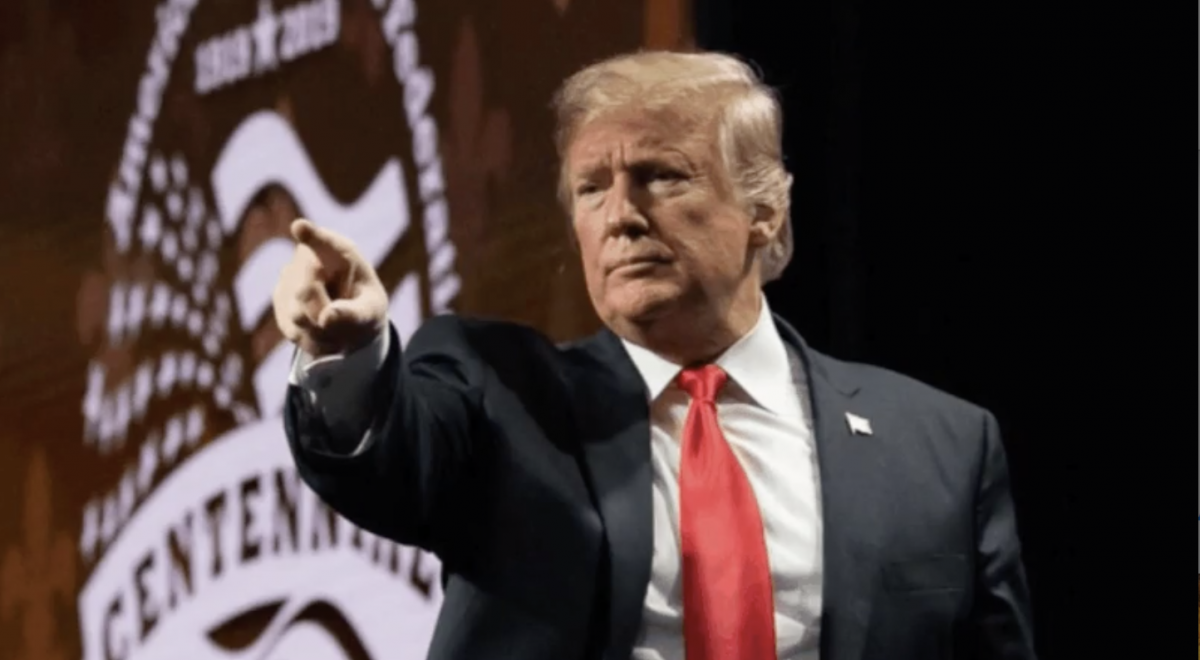 Shortly after tweeting out Democrats were using the border wall as a campaign issue, President Donald Trump went directly after Sen. Elizabeth Warren, who on Saturday formally announced her 2020 bid.

“Today Elizabeth Warren, sometimes referred to by me as Pocahontas, joined the race for President,” Trump wrote on Twitter.  “Will she run as our first Native American presidential candidate, or has she decided that after 32 years, this is not playing so well anymore? See you on the campaign TRAIL, Liz!”

Twitter quickly pointed out it seemed Trump was making an apparent joke about the Trail of Tears with his all-caps “TRAIL”.

Earlier today, Trump’s 2020 campaign also slammed Warren as a “fraud”  in an email sent to supporters.

“Elizabeth Warren has already been exposed as a fraud by the Native Americans she impersonated and disrespected to advance her professional career, and the people of Massachusetts she deceived to get elected,” 2020 campaign manager Brad Parscale wrote.  “The American people will reject her dishonest campaign and socialist ideas like the Green New Deal, that will raise taxes, kill jobs and crush America’s middle-class. Only under President Trump‘s leadership will America continue to grow safer, secure and more prosperous.” 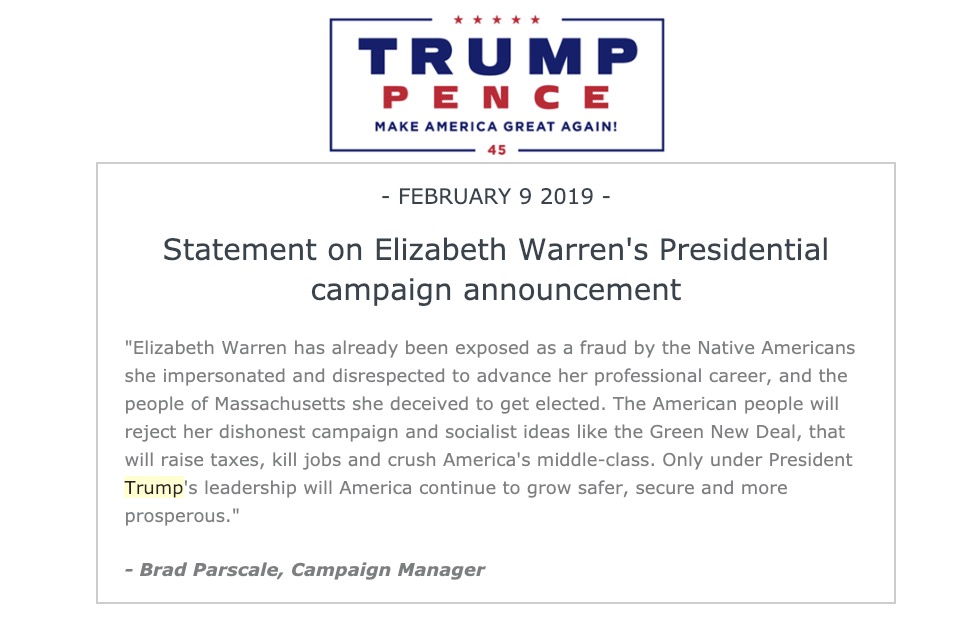