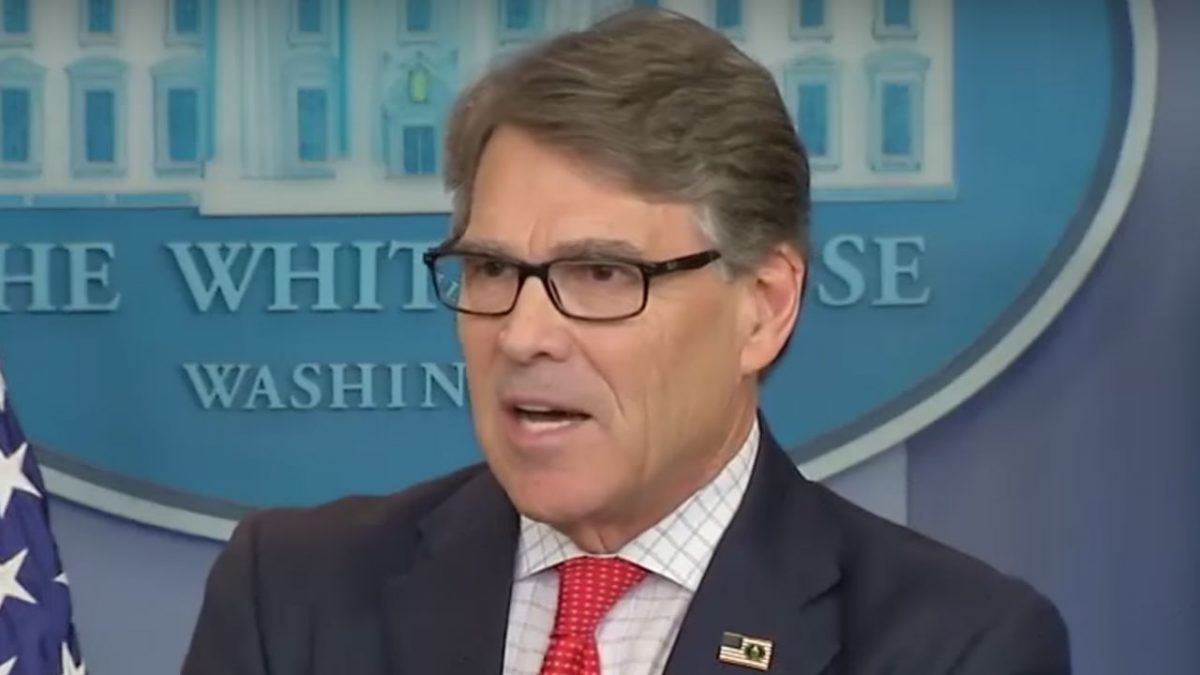 A DOE press release put out this week uses the term in a quote from Under Secretary of Energy Mark Menezes.

“Increasing export capacity from the Freeport LNG project is critical to spreading freedom gas throughout the world,” Menezes said in the statement.

The press release at large shared the department’s approval of additional exports of liquified natural gas produced by a Freeport LNG facility in Texas.

Assistant Secretary for fossil energy Steven Winberg adds on to the statement by referring to gas particles as “molecules of U.S. freedom.”

Earlier this month, Energy Secretary Rick Perry referenced the term during an interview in Europe.

“Seventy-five years after liberating Europe from Nazi Germany occupation, the United States is again delivering a form of freedom to the European continent,” he said.