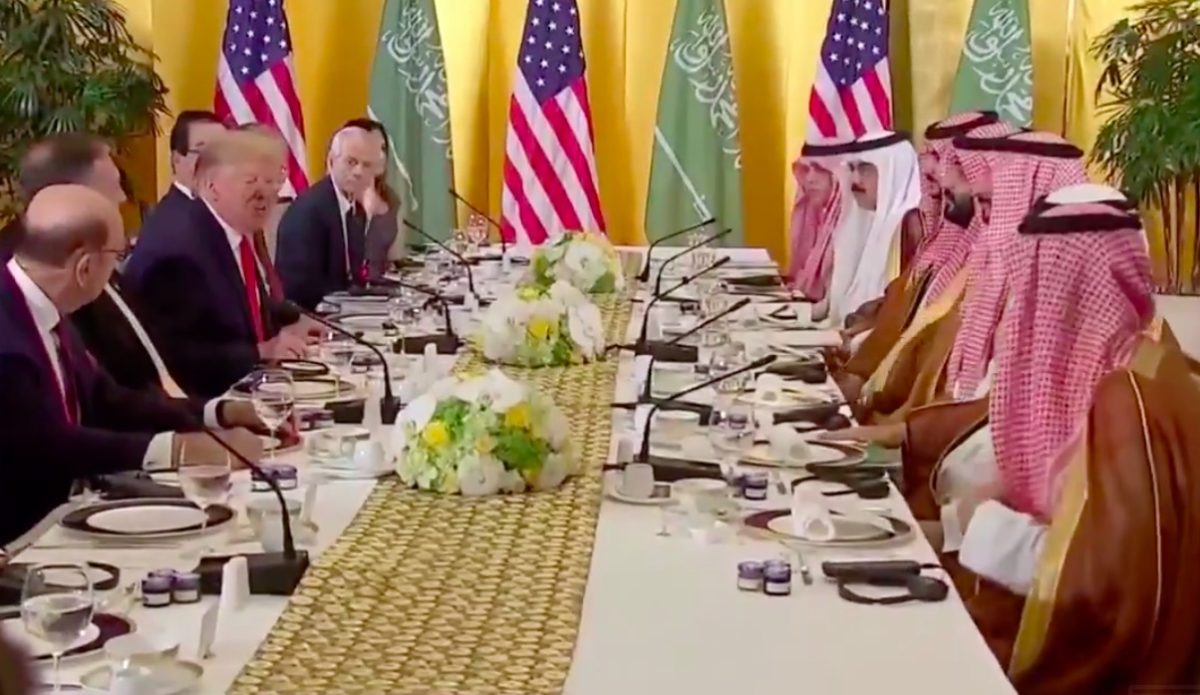 At a breakfast at the G-2o summit between the U.S. and Saudi delegations, President Donald Trump lavished praise upon Crown Prince Mohammad bin Salman and ignored a reporter’s question about the Saudi leader’s alleged complicity in the assassination and dismemberment of Washington Post columnist Jamal Khashoggi.

JUST IN: President Trump meets with Saudi Crown Prince bin Salman at G-20 in Japan, calls him “a friend of mine” and says that he’s done “really a spectacular job” and that it’s a “great honor” to meet with him. pic.twitter.com/cKvZ8qWFQc

Khashoggi, a Saudi dissident highly critical of the country’s ruling family, was invited to the Saudi consulate in Istanbul, Turkey last October, where he was ambushed, killed, and allegedly dismembered using a bone saw. Both Turkish and UN officials investigated the murder and identified more than a dozen, high-level Saudi government employees as being involved. The UN probe also found “credible evidence” that bin Salman’s role should be further investigated and that sanctions targeting him specifically should be put in place.

This is not the first time the Trump administration has tried to dodge discussions about the role of MBS in the murder of Khashoggi. In March, Rep. Gerry Connolly (D-V) publicly called out Secretary of State Mike Pompeo in a Congressional hearing for the administration’s failure to hold MBS and the Saudi government accountable for orchestrating a political assassination of a member of the press. Instead of criticizing the Saudis, however, Trump has repeatedly touted Saudi weapons purchases of US military equipment and made false claims about their impact on the economy.