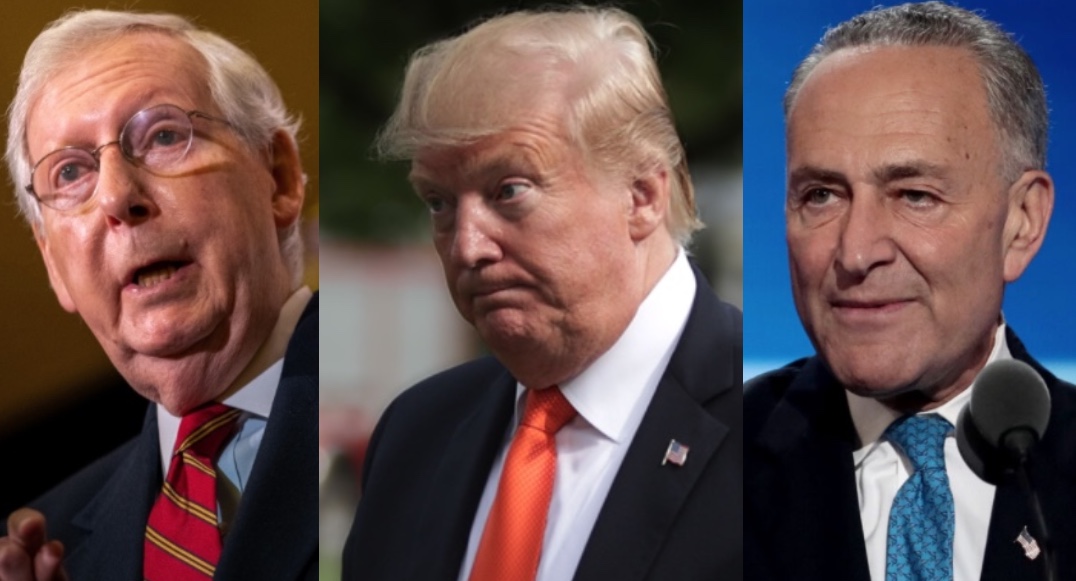 A Senate vote is expected Monday evening on the massive spending bill, which will be the second such big-ticket bill presented by President Joe Biden. In a rare Sunday session of the Senate, Schumer warned his fellow senators that any delays in passing the long-negotiated bill would interfere with the August break in which many Senators plan a vacation or at least, time away from Washington D.C.

“I said yesterday, ‘We can do this the easy way or the hard way,'” Schumer said on the Senate floor. “Yesterday, it appeared that some Republicans would like to do it the hard way.” The Senate Majority Leader’s threat of keeping Senators in session caught Trump’s attention in a statement released Sunday evening.

“Schumer is using the threat of “we can do it the hard way or do it the easy way” and keeping people in town. McConnell never did that on a real infrastructure bill,” Trump noted, after blasting the Senate Majority Leader throughout Trump’s four years in office because “Mitch McConnell couldn’t do anything.”

Trump said in the statement released from his Save America PAC:

This is not an infrastructure bill, this is the beginning of the Green New Deal. The bill I proposed, which Mitch McConnell couldn’t do anything with, was pure infrastructure. I want what is best for America, not what’s best for the Communist Democrat Party. This will be a big victory for the Democrats and will be used against Republicans in the upcoming elections. Schumer is using the threat of “we can do it the hard way or do it the easy way” and keeping people in town. McConnell never did that on a real infrastructure bill. Hopefully the House will be much stronger than the Senate.

“Infrastructure Week” was a recurring joke with members of the DC media during much of the Trump administration, as the major spending bill (which Trump referenced in his statement) was never able to move forward, despite the Republicans having a majority in both the House and Senate.