Trump Rages Against House Democrats: ‘Mueller Should Not Testify’ 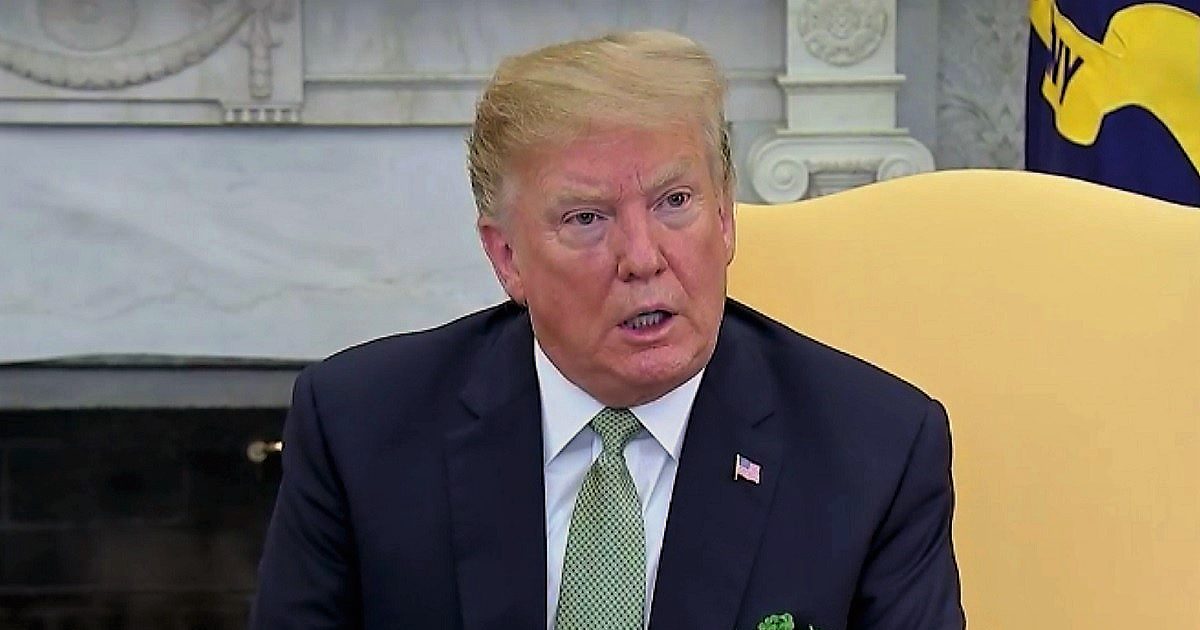 President Donald Trump is going after House Democrats on Twitter Sunday afternoon, amidst reports that Special Counsel Robert Mueller has agreed to a specific date — May 15th — on which he will testify before the House Judiciary Committee.

After spending more than $35,000,000 over a two year period, interviewing 500 people, using 18 Trump Hating Angry Democrats & 49 FBI Agents – all culminating in a more than 400 page Report showing NO COLLUSION – why would the Democrats in Congress now need Robert Mueller…….

….to testify. Are they looking for a redo because they hated seeing the strong NO COLLUSION conclusion? There was no crime, except on the other side (incredibly not covered in the Report), and NO OBSTRUCTION. Bob Mueller should not testify. No redos for the Dems!

Trump’s call that Mueller not testify comes after Rep. David Cicilline (D-RI) said Sunday that a tentative date of May 15 was set for the special counsel to testify before the House over his investigation.

Lots to break down in Trump’s tweets, but most notably are what many might see as Trump’s two false claims: “NO COLLUSION conclusion” and “NO OBSTRUCTION.”

The Mueller report does not specify that “collusion” did not occur, in part perhaps because “collusion”  is not a legal term to which he and his team could investigate. Instead, they found ample evidence of Russian interference into the 2016 general election and numerous instances in which the Trump campaign was eager and active in contacts with Russians. But they did not find sufficient evidence to charge Trump or anyone on his campaign with conspiracy.

These are the issues that a Democrat-led House Judiciary committee would likely explore during a public hearing with Mueller, in addition to the manner in which Attorney General William Barr first revealed top-level findings of the 400+ page report in a 4-page letter. Mueller reportedly expressed concern to Barr regarding the AGs potentially misleading letter.