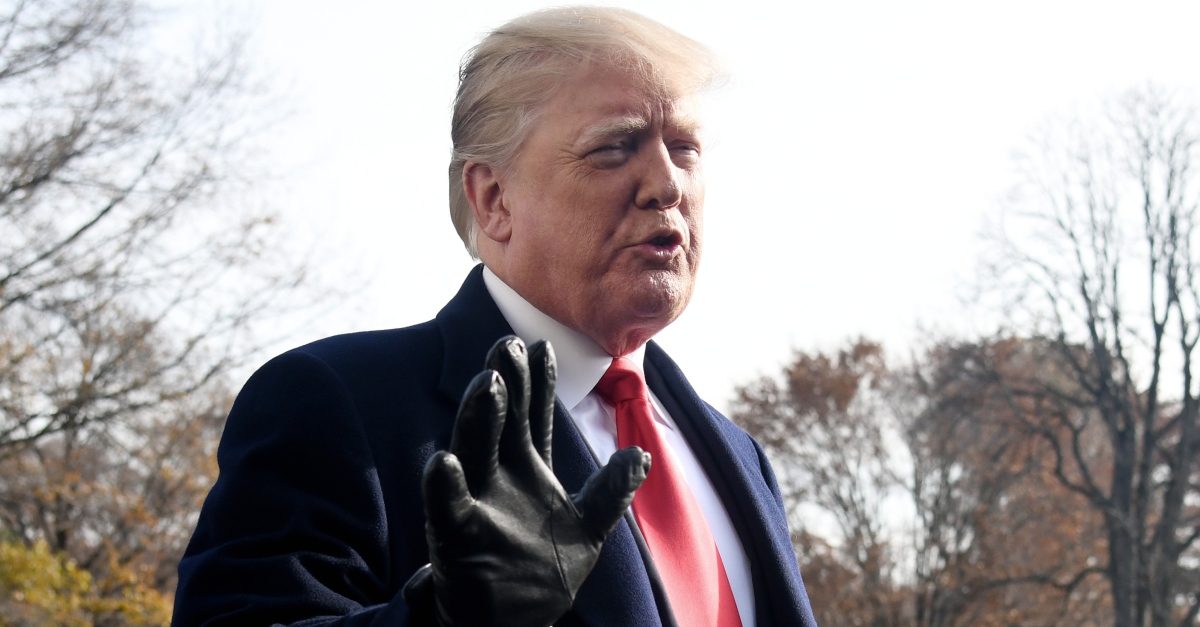 President Donald Trump reportedly criticized George Washington during a 2018 visit to Mount Vernon for not naming the estate after himself.

“If he was smart, he would’ve put his name on it,” Trump said during an April 2018 tour of the grounds, according to sources who spoke to Politico. “You’ve got to put your name on stuff or no one remembers you.”

The president, who was visiting Mount Vernon with French President Emmanuel Macron, was on a tour with Mount Vernon CEO Doug Bradburn, who pointed out that the U.S. capital is named after Washington. Politico also reports that Macron reportedly knew more history about the estate’s history than Trump, whose attention Bradburn struggled to keep during the tour. He reportedly later told associates his 45-minutes with the president was “truly bizarre.”

As one source told Politico, Bradburn “desperately” tried “to get [Trump] interested in” the tour by going into detail about the first president’s real estate investments, which led to Trump asking if Washington was considered “really rich” at the time.

“That is what Trump was really the most excited about,” one person familiar explained.

The president even weighed in on the bed Washington died in, walking up to its bedposts and saying, “A good bed to die in.”

When contacted for comment by Politico, a Mount Vernon spokesperson said, “Mount Vernon has a policy of not providing details about high profile visits outside of the official statements provided by the organization.”