Trump Reveals Why His Testing Rhetoric Has Been a Mess: Doing Testing Makes Us ‘Look Bad’ 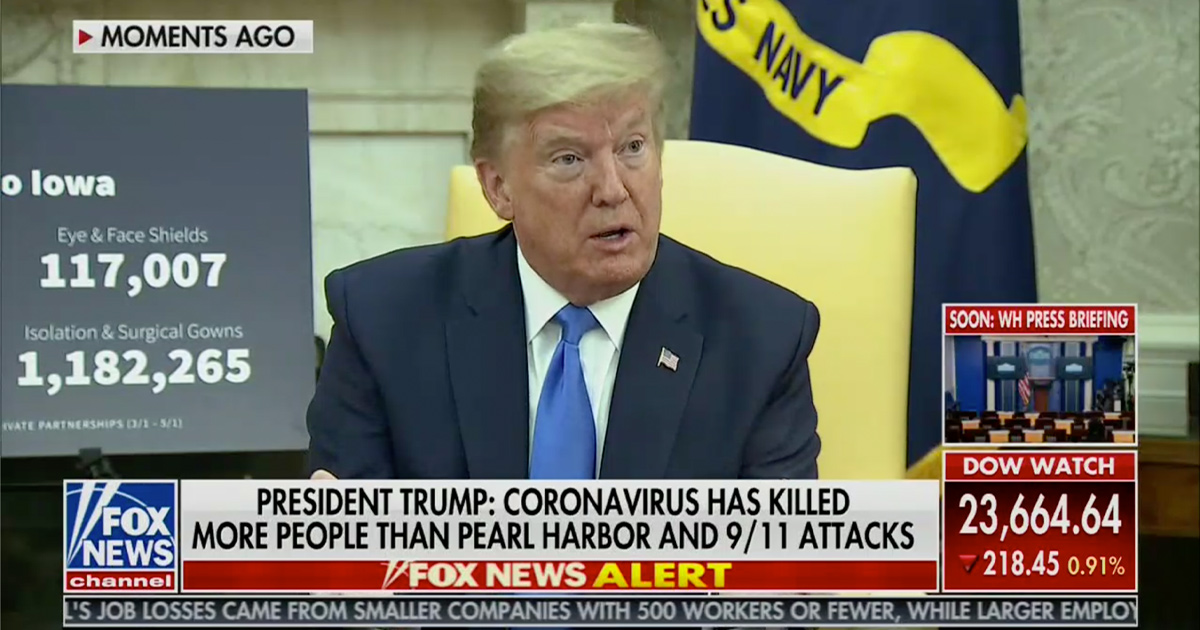 Amid ongoing criticism of the U.S. coronavirus testing program, President Donald Trump may have shed some light on why tests are not more readily available, and why his rhetoric on the need for widespread testing has been so contradictory.

In an off-camera Oval Office pool spray, the president noted that increased testing leads to increased positives — with the U.S. already having by far the most coronavirus cases of any country in the world.

“In a way by doing all this testing we make ourselves look bad,” Trump said. He added, “We’re going to have more cases.”

The Trump administration has drawn widespread criticism for over-promising and under-delivering on tests. On March 9, Vice President Mike Pence said (via CNN) that four million coronavirus tests would be distributed by the end of that week. As of one month later, only two million tests had even been conducted. Trump, on April 28, claimed the U.S. would hit five million tests per day “very soon,” but walked that comment back the very next day.

That comes after the president infamously — and erroneously — declared in March that “anyone who wants a test can get a test.”

As of this writing, according to Johns Hopkins, the U.S. has more than 1.22 million confirmed cases of Covid-19 — more than five times higher than than next highest country, Spain, although that stat does not factor in population. (According to The New York Times, the U.S. currently ranks 13th among all countries in cases per capita.)

Testing has increased in recent weeks, but not nearly to the level many experts believe is needed to end the lockdown. Despite Trump’s apparent concern about growing statistics, public health experts are all but unanimous in their belief that any reopening plan, in order to be carried out safely, will require massive testing. A Harvard study found that the U.S. needs at least 500,000 tests per day to safely reopen. Models from Nobel prize-winning economist Paul Romer show that the country may require as many as three million tests per day.

The tests are needed in order to perform contract tracing — with the idea being to locate and notify those who recently made contact with each person who tests positive so that they can be tested or quarantined. A bipartisan group of leading current and former public health officials recently estimated that as many as 180,000 contract tracers will be needed.