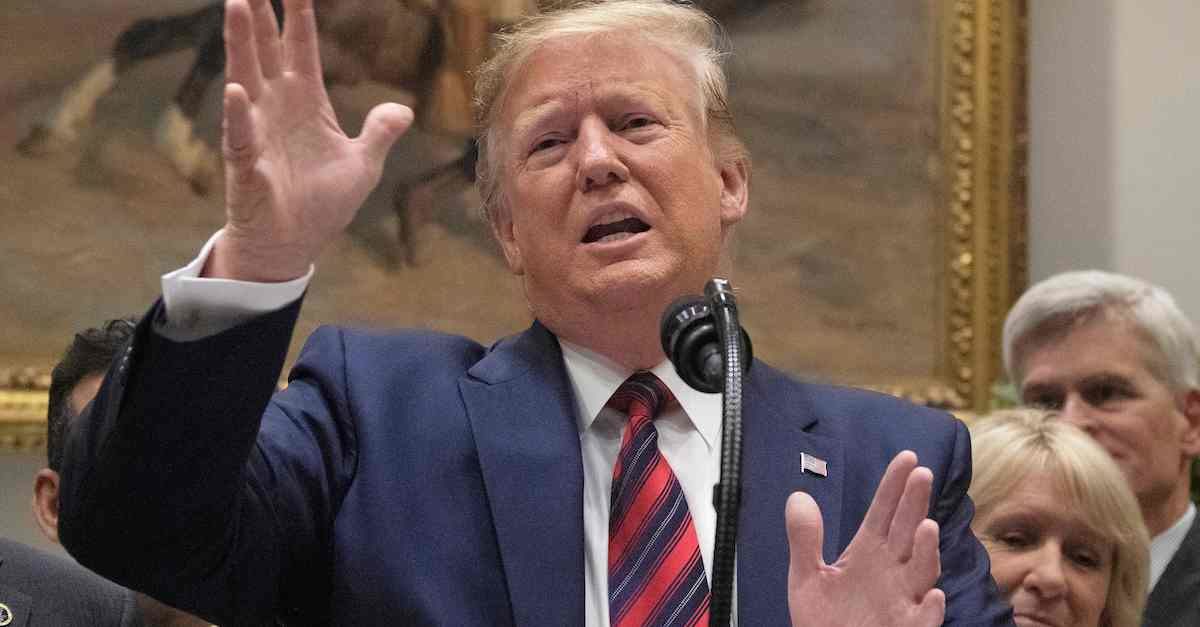 Social media users were outraged with President Donald Trump’s tweet seemingly excusing recent North Korean missile tests while he is on a state trip in Japan, a move that could potentially not sit well with his hosts.

Prior to going golfing, Trump tweeted out this:

North Korea fired off some small weapons, which disturbed some of my people, and others, but not me. I have confidence that Chairman Kim will keep his promise to me, & also smiled when he called Swampman Joe Biden a low IQ individual, & worse. Perhaps that’s sending me a signal?

He later deleted the original tweet and updated it with the correct spelling of Biden’s name.

The tweet drew a strong reaction on Twitter included some noted that yet again it seems Trump is cozying up to a dictator.

President Trump is putting all his chips behind Kim Jong Un and boy does Trump know casinos https://t.co/1xa5cYpjyy

And this is how the world ends, “disturbing some of my people, and others, but not me.” https://t.co/1tLPkoH3HD

Trump reports that he smiles when a brutal totalitarian dictator, with American blood on his hands, mocks the recent vice president of the United States. Who is and isn’t loyal to this country? https://t.co/SY998VgjRQ

The President holds the authority to launch nearly 1500 strategic nuclear weapons at will. And Republicans will say nothing, because abortion and judges and socialism and “well, it’s just how he talks,” when they’d storm the White House if this was anyone else. https://t.co/8p2coZ71We

I’m not sure that’s the campaign pitch he thinks it is. https://t.co/bvNpRtOs1P

We make jokes and laugh but just pause and reflect at how Trump has diminished the Presidency. The bar is so low for him. Compare him to Obama. Economic anxiety is a helluva drug. https://t.co/CQtwRtEX4J

Hey @realDonaldTrump, in case you are confused, below are two facts.

You represent all Americans, remember? You should not be egging on a foreign power to criticize an American VP. Get it? https://t.co/EFxYyORTJV

Of course, a number of commenters also pointed out Trump did not spell former vice president Joe Biden’s name correctly while calling him “Swampman” and suggesting Kim Jong-un may have called him worse.

Joe Bidan might have a low IQ, but I bet he can spell Joe Biden. https://t.co/cvGUKospwt

When you’re trying hard to portray somebody else as dumb but cannot even manage to spell their name correctly. https://t.co/PLYd5bFu5R