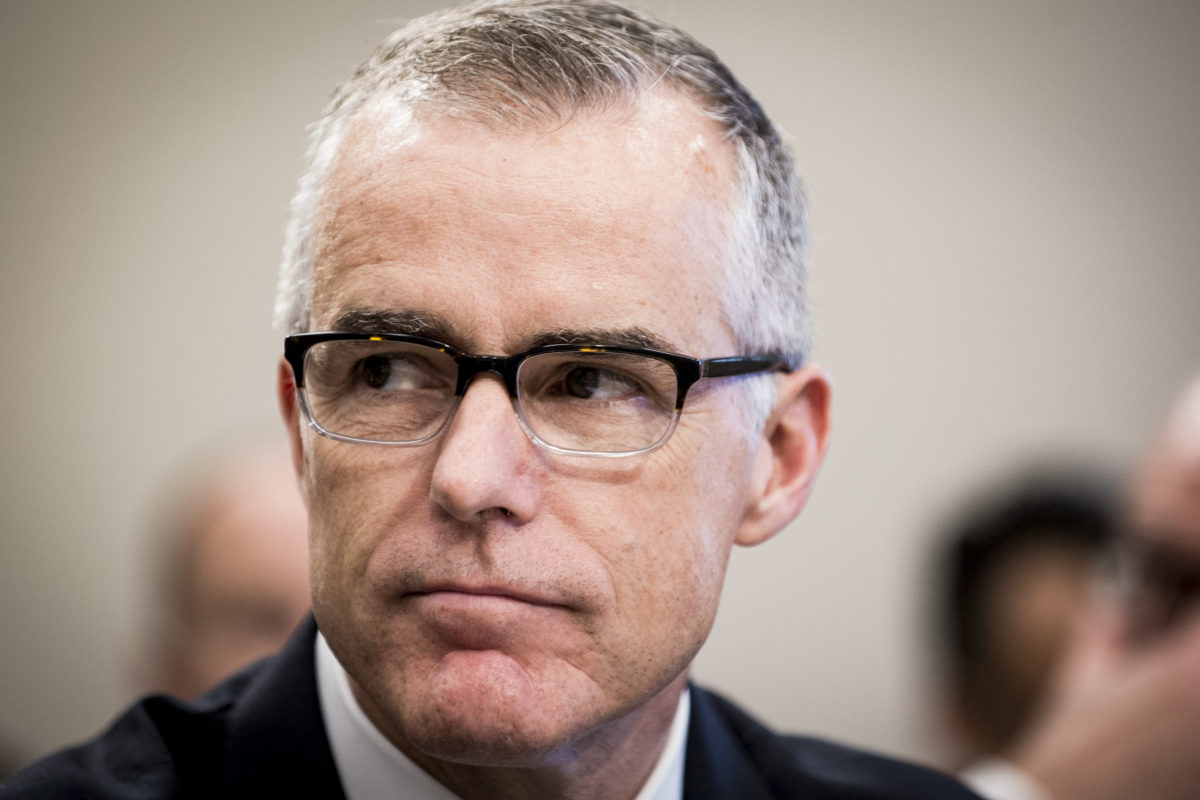 CNN got some criticism for hiring McCabe, and tonight the president retweeted Congressman Jim Jordan saying, “CNN teams up with Andrew McCabe to attack the President.”

He also gave a shoutout to Diamond & Silk after the Trump-supporting duo appeared on Fox Business Network:

Thank you to @DiamondandSilk for the really nice words and thoughts on @LouDobbs, tonight hosted by Lou’s friend, @DavidAsmanfox. Great job by all. P.S. Check out these two great women on tour tomorrow night in NYC at the Marriott Marquis Hotel, Broadway. Have fun!

Trump also went on a retweeting spree, sharing tweets from the White House and Fox hosts, including Jesse Watters sharing a video of Rush Limbaugh talking about Watters and playing audio of him.

Such a sad and pathetic fall for @CNN and Jeff Z! https://t.co/vrivSUlDi3