Trump Sent a Thank You Note to Tomi Lahren Scribbled on a Printout of Positive Tweets, Earning Mockery 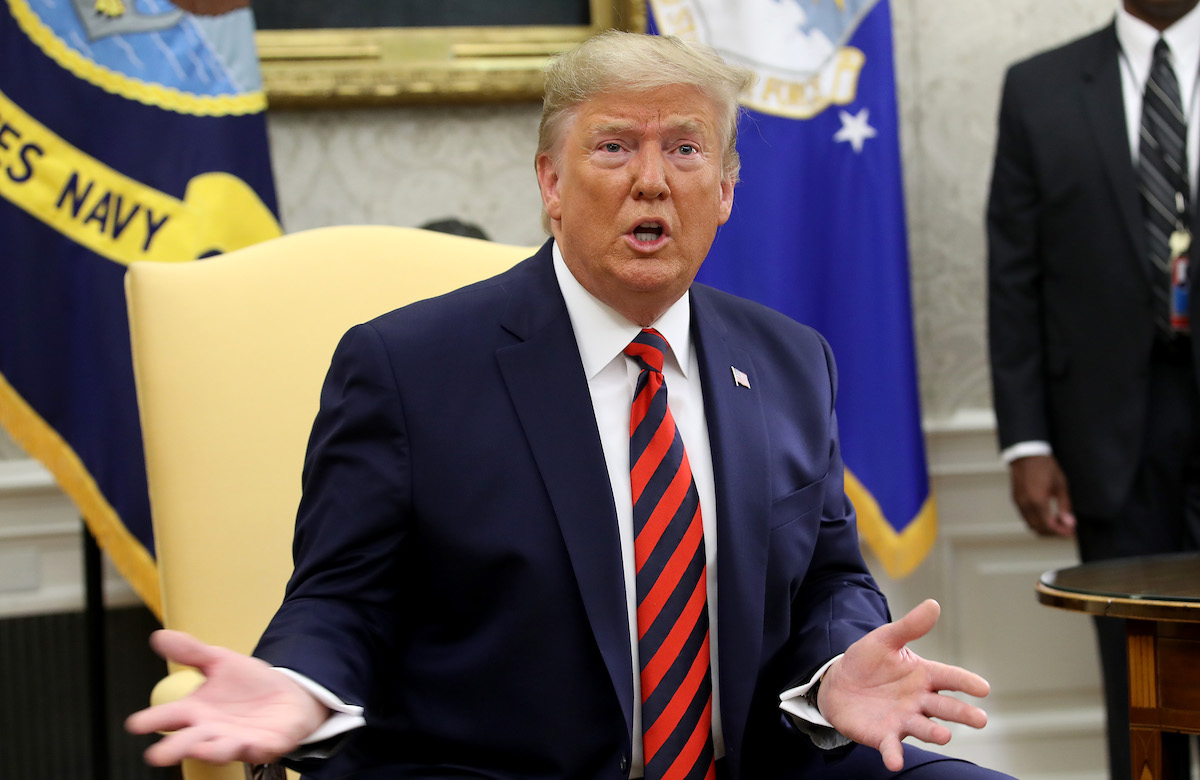 The more you look at this picture, the more hilarious details you’ll find.

On Wednesday afternoon, Fox Nation host Tomi Lahren posted a photo to Twitter of a handwritten thank you note from President Donald Trump about a glowing tweet she’d written about the commander-in-chief’s rally in Dallas last week.

Okay, let’s break this thing down. Lahren (making sure to get her engagement ring in the shot) posted a snap of a Trump-autographed printout of favorable tweets. Lahren was included among such esteemed company as the RNC official account (would they really post anything less than glowing praise?), the Federalist’s Mollie Hemingway, and Chuck Woolery — best known as the host of the 1980s game show Love Connection.

Honestly, the biggest surprise here was the absence of Jon Voight.

Mockery ensued, of course. Check out some of the snark from the Twitterverse:

We weren't being serious when we said "if you love his tweets so much why don't you marry them" https://t.co/TqQVpftVTg

It appears that the White House prints out tweets for Trump to view on hard copy and that the accounts they are picking from are…. Amazing https://t.co/WIsOpUkvmR

I can’t stop staring at this https://t.co/mjxyqJNADB

is this her announcing her engagement to the letter from trump? https://t.co/QUDSt1xqMu

This photo is so good. What's the best part? The printed out tweets? The flash of the engagement ring? https://t.co/SP8aZU0aNb

there are so so so so many layers to this https://t.co/id22UTUuu2

Several layers to dissect here: The printout of the tweets. The Trump note. The engagement ring. (???) https://t.co/5IXyQZJ5kt

Amazing: staff provided Trump with a print out of positive "reactions" to his rally in Dallas, Texas, that included… a tweet from the RNC's account. https://t.co/bSDffdkNCT

This is a great example of one kind of information (positive verging on fawning) that makes it to the Oval Office. There are people at the White House whose job is to find and collate it. https://t.co/EzG9iY7klb

Comforting to know that after Trump cancels his NYT and WashPo subs his primary contact with reality will be Tomi Lahren, Chuck Woolery and some Fox News guys reading off press releases he gave them.