Trump Signs D-Day Proclamation By Putting His Name Far Above Other Leaders, Because Of Course He Did

President Donald Trump placed himself above others in signing a D-Day proclamation – literally signing the top of the document while other world leaders signed the bottom.

The proclamation was presented to government leaders Thursday in Portsmouth, England as part of ceremonies commemorating the 75th anniversary of D-Day. It is unclear in what order leaders signed the document, and the bottom of the document is very crowded with signatures.

Trump’s distinctive signature can be seen in the upper left-hand corner of the document, while the signatures of European leaders like Emmanuel Macron and Angela Merkel can be seen clustered at the bottom. Take a look: 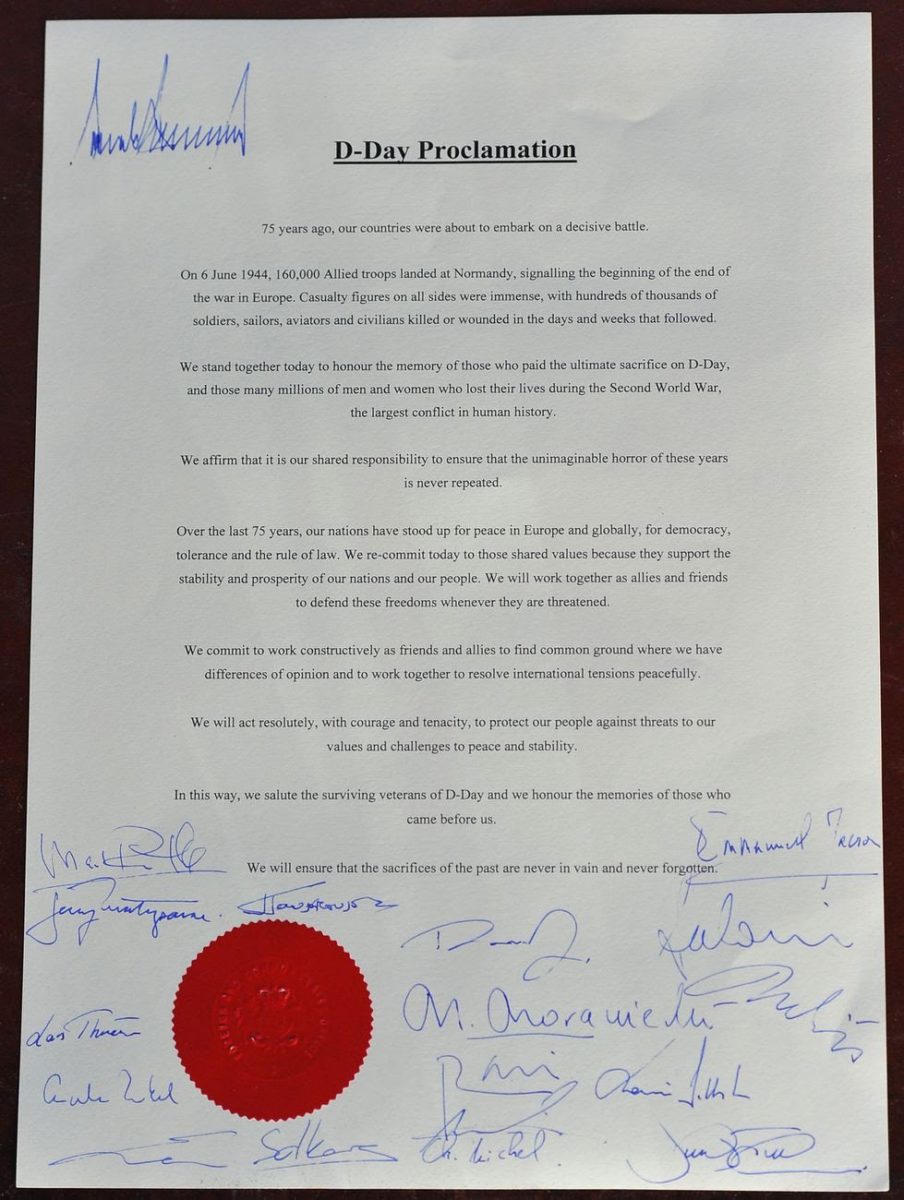 The proclamation calls on leaders to “act resolutely, with courage and tenacity, to protect our people against threats to our values and challenges to peace and stability.”

“We will ensure the sacrifices of the past are never in vain and never forgotten,” the resolution concluded.