Trump’s Deputy DNI is Resigning and Insiders Warn Her ‘Pressured Departure’ is Bad News: Patriot ‘Purged’ for a Sycophant 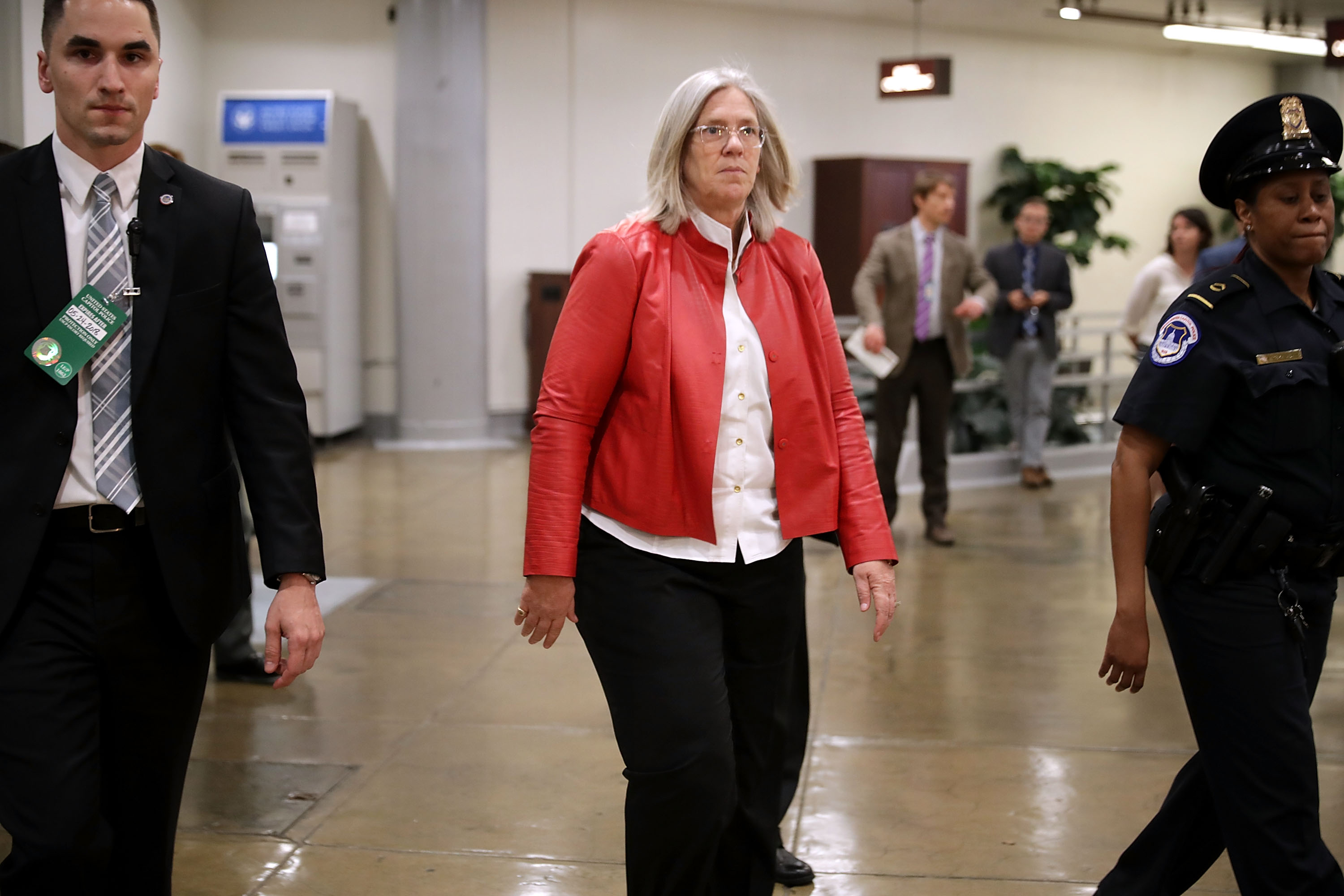 The latest impending departure from President Donald Trump‘s White House may not involve one of the administration’s most high-profile names, but it’s a departure that insiders are warning could have serious implications.

In a pair of Thursday afternoon tweets, the president announced that Sue Gordon — the deputy director of national intelligence — will resign her post effective Aug. 15.

“Sue Gordon is a great professional with a long and distinguished career,” Trump wrote. “I have gotten to know Sue over the past 2 years and have developed great respect for her. Sue has announced she will be leaving on August 15, which …. coincides with the retirement of Dan Coats. A new Acting Director of National Intelligence will be named shortly.”

Sue Gordon is a great professional with a long and distinguished career. I have gotten to know Sue over the past 2 years and have developed great respect for her. Sue has announced she will be leaving on August 15, which….

….coincides with the retirement of Dan Coats. A new Acting Director of National Intelligence will be named shortly.

But many observers say that there was heavy support for Gordon to take over the top job. Sen. Richard Burr (R-NC), who chairs the Senate Intelligence Committee, expressed dismay at Gordon’s departure.

“Sue Gordon’s retirement is a significant loss for our Intelligence Community,” Burr said in a statement. “In more than three decades of public service, Sue earned the respect and admiration of her colleagues with her patriotism and vision.”

NEW – Senate Intel Chairman @SenatorBurr says Gordon’s retirement is “a significant loss,” as she has been a “stalwart partner” to the committee.

“I will miss her candor and deep knowledge of the issues,” Burr says. pic.twitter.com/ZYk5FzmIXQ

Others in Washington say the ramifications could be devastating:

Sue Gordon is widely admired on Capitol Hill and among intelligence officials. This threatens to spur an exodus of veteran intelligence analysts already fed up with Trump’s disregard for their expertise, officials at 3 US intelligence agencies told @TIME https://t.co/fFVAW2UCNK https://t.co/XfAQdxI5Wx

If so, this is very sad. Sue Gordon is well respected within the intelligence and national security communities. It seems that Trump wants a “yes” person in charge of intelligence to reinforce his prejudices. https://t.co/dBbMLvFPD4

Gordon’s pressured departure, while not unexpected at this point, will piss off a lot of the intelligence community. Her peers and her congressional overseers respect her immensely.

Our story from earlier this week on the possible future of Trump’s DNI:https://t.co/o2n1GcY7v4 https://t.co/So5UdnEFLt

Sue Gordon and her superior at DNI, Dan Coats, will leave the same day. Trump is doing this because by law Gordon would have become acting director. Two patriots who speak truth to power are being purged for sycophants.
The guardrails are vanishing everywhere. https://t.co/pbJFuFQaCC

This announcement will unnerve intel leaders. Gordon had wide support on Capitol Hill and the confidence of both parties, with many pushing for her to get the top job https://t.co/KA21VnphvX

This will be viewed as an unwelcome development on the Hill and within the IC — both places where Gordon commanded much respect. https://t.co/zzgEhTRXmS

This is a big deal. Sue Gordon, a career CIA officer, is widely respected throughout the intelligence services. Multiple sources I talked to said her stewardship through the DNI transition would be essential for stability… https://t.co/6dyo7nijGz https://t.co/Ns6KYAMFEq

With Sue Gordon out, ODNI has no director, no acting dir. Gordon will leave a big void—a key strength is her reputation in Silicon Valley, where most intel innovation needs come from, per a US official. “She sits across from these CEO’s and has credibility. Will her replacement?”