Trump’s Rose Garden Notes Spotted By Press: ‘They Want to Impeach Me Over Acts That They Did’ 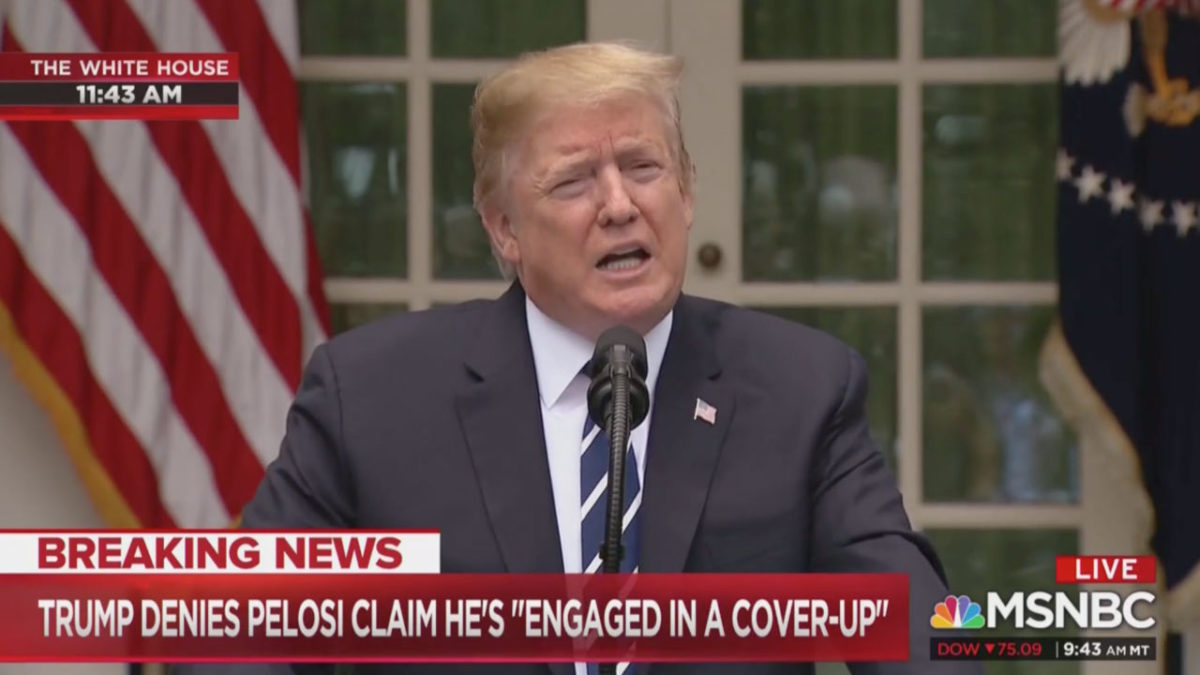 The note, written with what appears to be a Sharpie read, in part: “They want to impeach me over acts that they did” and “Dems have no achomlishments.”

Trump notes captured by @jabinbotsford:
“They want to impeach me over acts that they did”
“Dems have no achomlishments [sic]”https://t.co/WUGczy4y2c pic.twitter.com/ealXzJEFJM

Trump spoke to reporters in the Rose Garden on Wednesday after walking out meeting with Democrats, a move Nancy Pelosi called a “temper tantrum.”

Trump, however, insisted on Twitter that Pelosi lied and that he was “very polite and calm” in the meeting right before he appeared with his hand-scrawled note.

In a letter to her House colleagues, Nancy Pelosi said: “President Trump had a temper tantrum for us all to see.” This is not true. I was purposely very polite and calm, much as I was minutes later with the press in the Rose Garden. Can be easily proven. It is all such a lie!