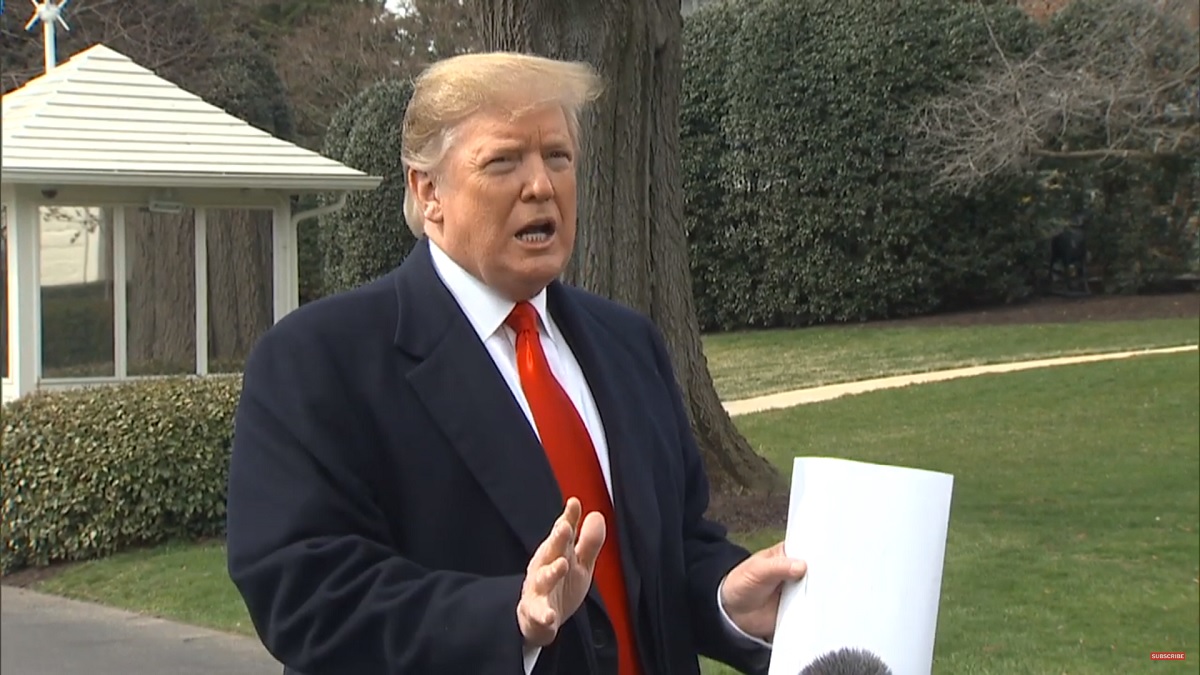 President Donald Trump is being called out following a Monday morning tweet in which he blasted Rep. Ilhan Omar (D-MN).

“Before Nancy, who has lost all control of Congress and is getting nothing done, decides to defend her leader, Rep. Omar, she should look at the anti-Semitic, anti-Israel and ungrateful U.S. HATE statements Omar has made,” Trump wrote. “She is out of control, except for her control of Nancy!”

The call out on Twitter was immediate. Here’s a sampling:

“Ungrateful” is the key word here.

Someone like Ilhan Omar will never be a real American in Trump’s eyes. As far as he’s concerned, she should just be quiet and be grateful to real Americans like him. https://t.co/kBAjW7C9Zn

Disagreeing with @IlhanMN is fair game. She’s a public figure in the spotlight. But what Trump is trying to do in portraying her as a scary black Muslim and an albatross around every Democrat’s neck, is a transparent Islamophobic dog-whistle for political gain. It’s plain wrong. https://t.co/J3B1ntoaAs

“Ungrateful” is an interesting word choice. Rep. Omar was brought to the U.S. as a child refugee. This fits in with how Trump has described refugees and asylum seekers in rallies — as undeserving, as not really in need, as gaming the system. https://t.co/rPydGvqqwR

What ever happened to #BeBest? https://t.co/mbZ9smXVl0

Trump said Islam hates us, lied that Muslims cheered in NJ on 9/11 and called for a total and complete ban on Muslims coming into America. His attacks on Rep Omar are just a continuation of his demonization and inciting hate versus Muslims. https://t.co/52D8ROnmGd

Trump continues to target Ilhan Omar with statements like these, even right after she reported a big spike in death threats. One of Trump’s deranged disciples sent pipe bombs to those he targets most on Twitter a few months ago. This is so dangerous and unacceptable. https://t.co/HZ3jCncmlm

As President Trump visits Minnesota today, I hope he will refrain from hateful and bigoted attacks on Rep. Omar. Minnesotans expect the President to live up to his office and treat his fellow Americans with respect and dignity. https://t.co/iC0OCG69GH