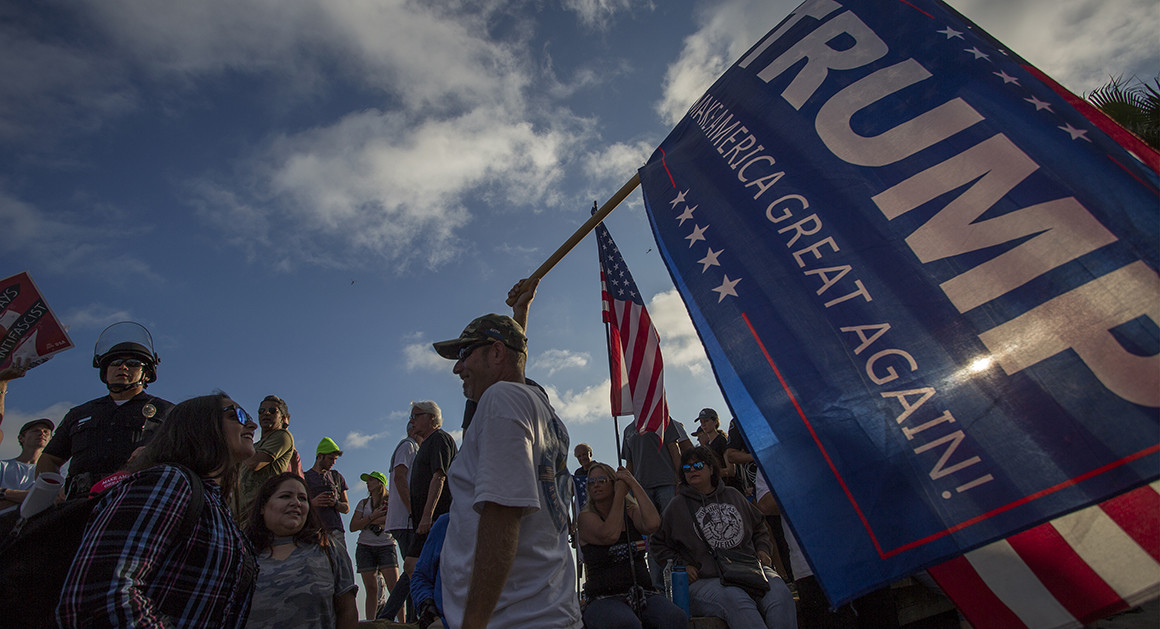 Four President Donald Trump supporters who unfurled a re-election banner at a Baltimore Orioles game were booed and swiftly kicked out for the action.

A “Take it down” chant broke out at Camden Yards as this was unveiled in the eighth inning tonight. The banner has not been well-received. #Orioles pic.twitter.com/Orr7rqn8im

The Baltimore Sun reported the red, white and blue banner featuring the words “Keep America Great!” and “Trump 2020” was unveiled in the eighth inning for less than 10 minutes before Baltimore police made them take it down and escorted them out.

A fan captured video of the incident.

The stadium’s policy is that no banners can be hung anywhere in the stadium so as not to obstruct other fans’ views of the game. Additionally, the Orioles say banners could be confiscated if the subject matter is political.

Trump has been heavily criticized for demeaning the Baltimore area as crime-infested and disgusting as part of an attack on Rep. Elijah Cummings, who represents parts of the city.