Virginia resident Juli Briskman was riding her bike last Saturday down a cold Virginia road when President Donald Trump’s motorcade crowded in next to her, speeding away from one of the president’s many golf courses.

Briskman, being a patriot of the highest order, stopped her bicycle and solemnly pledged at the passing parade of vehicles, reciting the constitution by rote and caressing a bald eagle Beanie Baby.

Just kidding. She flipped them off! A White House photographer caught the event in all of its glory and, within minutes, that sucker had gone viral, tearing the Internet a new one.

Hashtags about the incident began circulating on Twitter, such as #Her2020. Comedians made jokes. She received support across all social media platforms.

Her employer, Akima LLC, did not find her actions quite as amusing as the Internet did. The government contractor canned the 50-year-old mother of two, effective immediately.

“They said, ‘We’re separating from you,‘” said Briskman, as reported by Huffington Post. “Basically, you cannot have ‘lewd’ or ‘obscene’ things in your social media. So they were calling flipping him off ‘obscene.’”

Briskman lives in Virginia, an employment-at-will state. This means employers can fire anyone at any time for just about any reason.

The woman worked as a marketing manager for the firm and even told them that she was the person in the viral photo, opting to get in front of the story before things got out of hand. It didn’t work.

Briskman has also noted that Akima LLC did not fire a male employee who did something similar on Facebook some months back, calling someone a “fucking libtard asshole” during a heated argument. 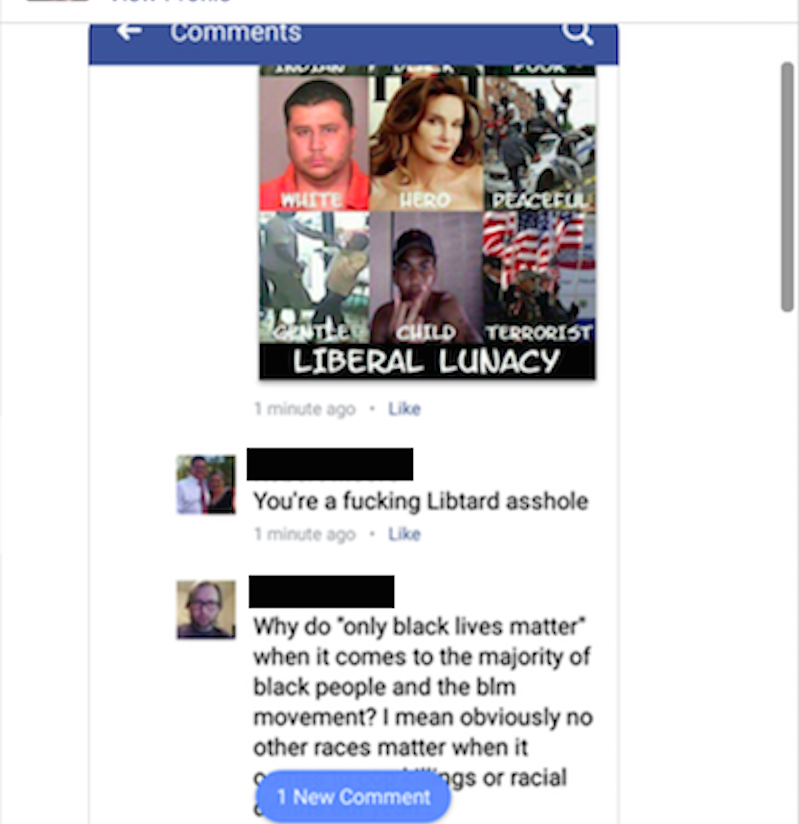 He was reprimanded but allowed to stay with the company, frustrating the 50-year-old.

“How is that any less ‘obscene’ than me flipping off the president?” she asked. “How is that fair?”

So, why did she do it? Why flip off the president’s motorcade? Pure anger, particularly over the fact that he was, once again, spending time at the golf course.

“He was passing by and my blood just started to boil,” she said. “I’m thinking, DACA recipients are getting kicked out. He pulled ads for open enrollment in Obamacare. Only one-third of Puerto Rico has power. I’m thinking, he’s at the damn golf course again.”

“I flipped off the motorcade a number of times.”

Briskman is a registered Democrat and hopes to get a new job at an advocacy group she believes in, such as Planned Parenthood.

[image via screengrab from Brendan Smialowski/AFP]