WSJ Blames Trump: Why is the Republican Party Out of Power?

WSJ Editorial Board Blasts Trump’s Return to Politics: If He’s So Great for the GOP, ‘Why is the Party Now Out of Power?’ 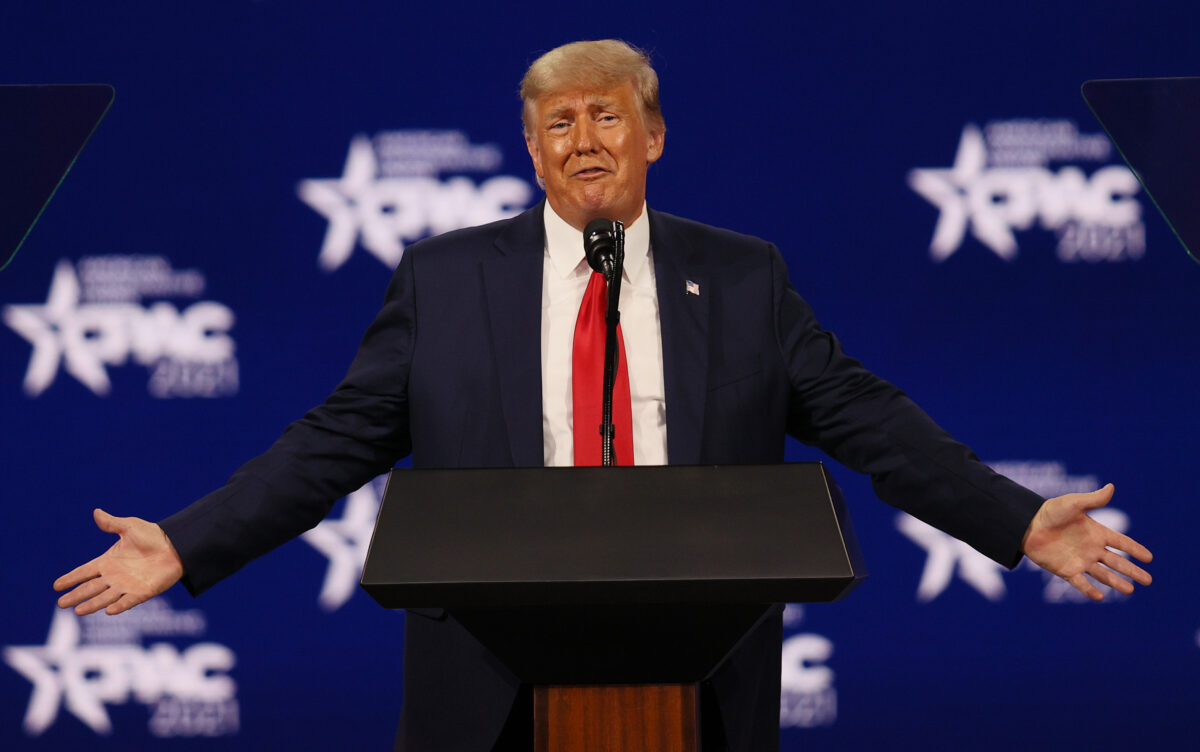 The Wall Street Journal Editorial Board has tried to be the conscience of the Republican party and conservative movement. In an editorial published in Tuesday’s paper, they made one thing clear: they are officially over Donald Trump.

The former 45th president returned to the national political stage last weekend with a fiery speech that closed CPAC. Flouting the accepted norms that former presidents leave the media spotlight after leaving office, Trump delivered a brutal critique of the first six weeks of the Biden administration, reiterated his “stolen election” lies and asked for donations to his personal Political Action Committees (and notably, not the RNC.)

But the Wall Street Journal Editorial Board ain’t buying it, and say as much in an editorial entitled “The Grievance of Trump’s Past.” Simply put, they ask their readers, “If he was so great politically for the GOP, why is the party now out of power?”

The essay opens with a bit of snark: “That great sigh of relief you heard on Sunday was the sound of Democrats and the media welcoming Donald Trump’s return to public attention with his speech to the Conservative Political Action Conference.” It then asks, rhetorically, What would Washington Post writers do without him?”

But the column proceeds to paint Trump in the least favorable light, particularly for the future of the GOP. It also makes the point that, as long as the Republican party continues to focus on Trump’s personal grievances, they will not be the governing majority. To wit:

Mr. Trump said Sunday that he won’t form a third party because it would divide the center-right coalition and elect Democrats. But he also laid out his political enemies list and is clearly bent on revenge against anyone who voted to impeach or convict him or disagrees with his election claims. These intraparty fights will sap GOP energy and resources when their priority now should be retaking congress in 2022. Mr. Trump’s base of support means he will play an important role in the GOP, but as the Biden months roll on and the policy consequences of the 2020 defeat become stark, perhaps the party’s grassroots will begin to look past the Trump era to a new generation of potential standard bearers. As long as Republicans focus on grievances of Trump’s past, they won’t be a governing majority.

Trump was elected President in 2016 and enjoyed Republican control of both the House and Senate. Four years later, however, President Joe Biden (a Democrat) is in the White House, Democrats control the House, and the Senate has a 50-50 even split, though Vice President Kamala Harris can break ties.