This Week in Trump Was Truly Insane
ANALYSIS

Media Too Easily Claims Trump is Unraveling, But This Week in Trump Was Truly Insane 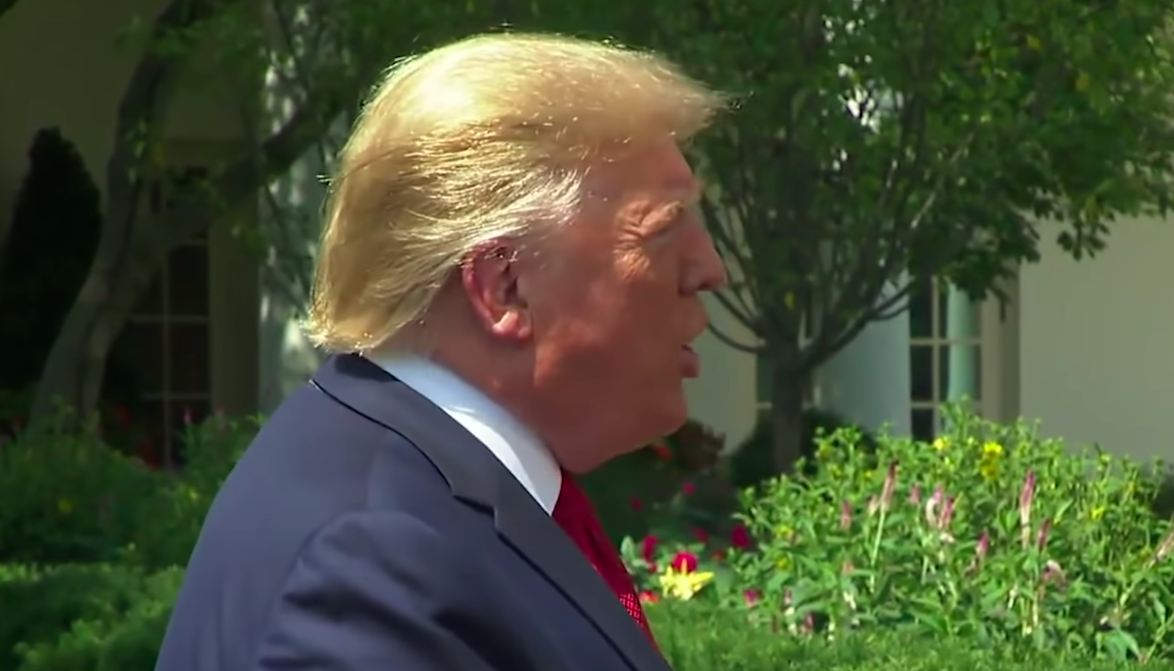 Every few months, a flurry of headlines and chyrons will be crop up reporting that President Donald Trump is “unraveling” and his administration is on the edge of falling apart — only to have the president brush off the bad news cycle while the media quickly moves on.

This kind of coverage is typically in response to one of the president’s particularly unhinged weeks; times when Trump, 73, totally embraces “being Trump,” and the news cycle is forced to move at one hundred miles an hour while attempting to cover his seemingly never ending stream of controversial comments and gaffes. The headlines typically read something like Washington Post columnist Michael Gerson’s most recent contribution to the genre: “The Trump presidency is not just unfolding, it is unraveling.”

However, after Trump’s week of nonstop erratic behavior, these dramatic headlines and speculation about the president’s capabilities feels more than justified. While it goes without saying at this point, almost any of his recent notable controversies — most of which enjoyed just a few hours as a focus in the news cycle before falling off — would likely be covered as a major scandal in any other modern administration, but the media is instead forced to quickly shift their focus on the next insane moment caused by Trump’s mouth or thumbs.

So it’s worth zooming out and reflecting on all the moments that Trump redlined the insanity this week.

On Wednesday afternoon, Trump gave an impromptu press conference that featured Marine One as the backdrop and the helicopter’s whirring motor as the background noise. The president’s “Chopper Talk” session, as comedian Stephen Colbert dubbed it, acted as a revamped White House press briefing — as the official ones have mostly gone to the wayside since Sarah Huckabee Sanders‘ departure — that gives Trump more control over the press corps, as he can directly pick and choose which reporter to call on while literally leading the group around the White House grounds.

During the off the cuff performance, the president dished out some of his craziest lines of the week, including doubling down on his Jewish loyalty test comments that were widely criticized as antisemitic.

In the past, politicians have been criticized for suggesting that Americans Jews would feel any loyalty to Israel over their own country. However, Trump’s iteration of the Jewish loyalty accusation accepts that offensive trope as fact and further implies that all Jews are “disloyal” if they are not totally devoted to both Israel and his Republican Party.

After a reporter called out Trump for the offensive nature of those comments, the president refused to back down, saying, “It’s only in your head. It’s only anti-Semitic in your head.”

While not directly related to his “King of Israel” and “Second Coming of God” tweet this week, Trump did refer to himself as “the chosen one” after stopping to theatrically gaze up at the sky during the field trip presser. The president used the biblical language while insisting that he is the only person who can defeat China on trade; “Somebody has to do it.” He claimed today he was joking.

In another pure, unfiltered Trump moment, he used the recent mass shootings to brag about how much the surviving victims “love” him: “So when I went to Dayton, and when I went to El Paso, and I went into those hospitals, the love for me — and me, maybe, as a representative of the country — but for me — and my love for them was unparalleled.”

Trump even claimed doctors poured out of operating rooms to see him, a claim the hospitals disputed.

It also appeared that the president took his fight with America’s longtime ally Denmark to the next level in response to Prime Minister Mette Frederiksen shooting down Trump’s trollish proposal to buy Greenland — an idea he proposed on his Twitter account by sharing a meme of a Trump hotel building photoshopped onto the island.

“Denmark, I looked forward to going, but I thought that the Prime Minister’s statement — that it was absurd; that it was an absurd idea — it was nasty,” he said of Frederiksen. “I thought it was an inappropriate statement. All she had to do is say, ‘No, we wouldn’t be interested.'”

While overshadowed by the comments he made outside Marine One, Trump’s tweets this week have also been slightly above his expected level of crazy.

On Friday afternoon, the president suggested in a post that Federal Reserve Chairman Jerome Powell, who he himself appointed, was a “bigger enemy” to the U.S. than China. Trump also put his thumbs to work against the so-called “politically correct Automobile Companies” while railing against the industry for opposing his proposal to cut car regulations, a move that he insists — without evidence — would make “cars substantially safer” and better for the environment. The industry opposes the move as they are already required to comply with local emission regulations to operate in stricter states like California, but Trump still raged against “foolish executives” for making cares they can actually sell. That wasn’t his only shot against American companies, as he accused Google of potentially manipulating 16 million votes cast in the 2016 election and wrote on Tuesday that the giant tech company “should be sued.”

So while media consumers might be rightfully numb to constant headlines claiming Trump is finally melting down, the president’s actions over the past week are indicative of an administration that really might be unraveling before the public eye. It’s unclear if the president’s increasing moments of insanity are a reaction to the market nosedives caused by his failed negotiations with China — though, he’s never needed a trade war to push antisemitic tropes — but it is clear that Trump’s presidency has reached a pinnacle of self-inflicted chaos with no calm in sight, despite being over two and a half years in.