8 Other Prominent People Who’ve Hugged It Out with Obama

According to a spokesperson for Hillary Clinton, the former secretary of state is looking forward to “hugging it out” with President Barack Obama when she visits with him on Martha’s Vineyard Wednesday evening after spending some time criticizing his foreign policy positions over the weekend.

As we learned from White House Deputy Press Secretary Eric Schultz at today’s briefing, this won’t be the first time Obama and Clinton have shared a hug. In fact, they “have had many hugs over the past few years.” But clearly, this one is different.

To mark the momentous occasion, let’s look back at some other famous hugs from Obama’s time as president: 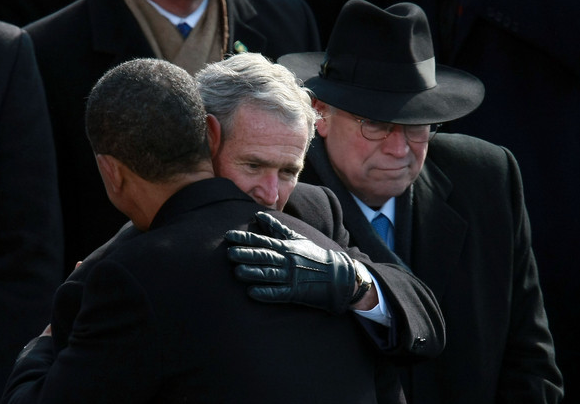 The former Florida governor described the experience this way: “He walked out toward me. Both of us smiled. The applause was just about frantic. We shook hands. The new president leaned forward and gave me a hug. Reach. Pull. Release. As hugs go, it wasn’t anything special. It was over in a second—less than that.” 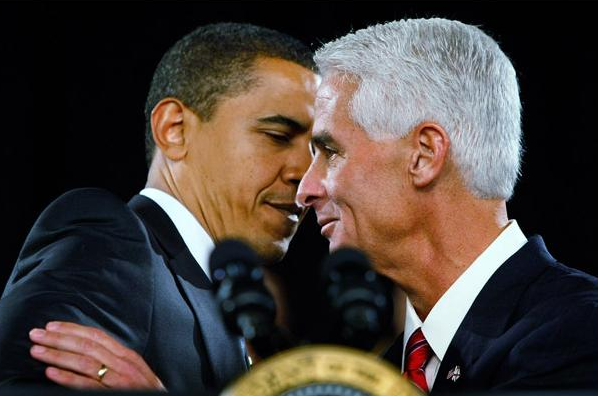 Former Rep. Gabrielle Giffords (D-AZ) at the 2012 State of the Union

This time, the governor was out of office and on his way to switching parties… 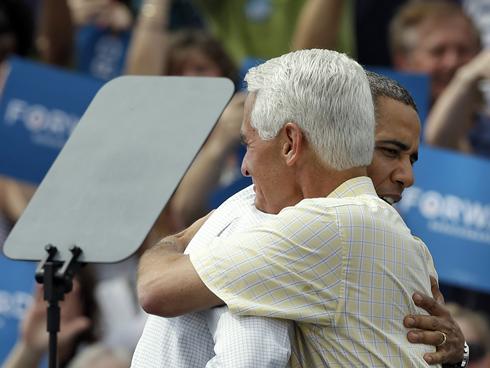 That Pizzeria Owner Who Literally Picked Obama Up Off the Floor, September 2012

This was just awesome. 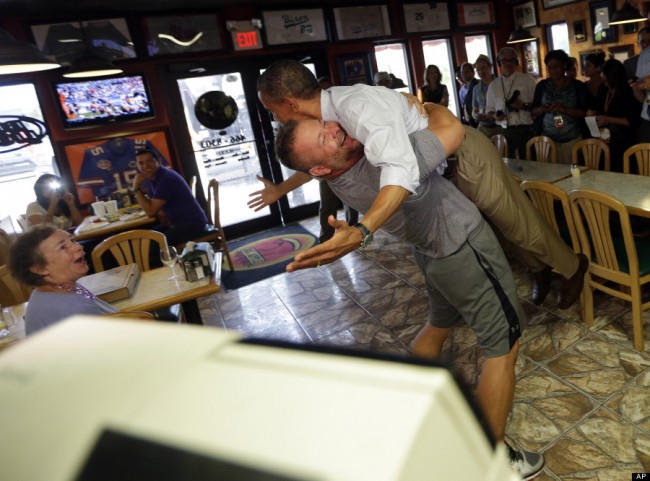 The 2016 Republican hopeful claims he has no regrets. 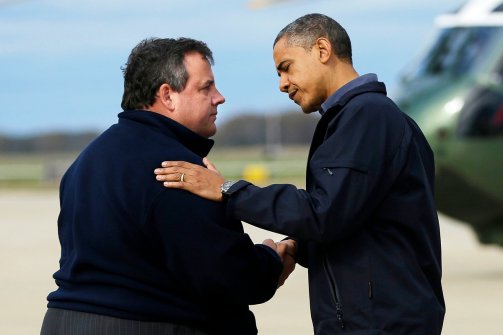 The most-retweeted photo of all time, until Ellen DeGeneres’ Oscar selfie.

The White House has indicated that tonight’s hug will not be caught on camera. But Mediaite will be standing by to bring any photo or video evidence to you if and when it becomes available.