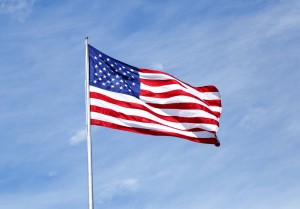 With this week’s executive shakeup, the chaos at the mighty Fox News Channel shows no sign of ebbing. Monday, reports indicated that even Sean Hannity, their last prime time host from the Roger Ailes era, may be gone from the network by the end of the week. We here at Mediaite even reported that he may end up at brand-new conservative network being contemplated with the intention to directly compete with Fox News.

I am highly skeptical that such a venture will ever really happen, or be remotely successful if it does. I say this as someone who has actually long advocated for a real conservative alternative for Fox News because I have always thought their ratings-driven brand of “convenient conservatism” was not to be trusted (“Trumpsanity” certainly vindicated my suspicions) and left open a niche for a take on the news of the day based on “principled conservatism.”

Even with the possibility of having Bill O’Reilly and Hannity available to build such a network around, however, I now believe that the timing is all wrong. First, as the recent troubles at ESPN indicate, the cable television business is becoming a disaster, even for very well established content. Second, President Trump has created a situation where it would be impossible for a new network to really create much of a contrast with Fox News, especially with O’Reilly and Hannity leading the way.

Fox News is still clearly committed to being extremely pro-Trump (or as CNN’s Jeff Zucker refers to it, “State-Run TV.”) and any new startup, especially one starring Trump fanboys O’Reilly and Hannity would almost certainly provide exactly the same basic take. Unfortunately, in the era of Trump, there are simply not enough true conservatives interested in taking him on from the philosophical right to be able to sustain a major new television network, particularly in these current economic conditions.

Therefore, this new network would be serving from the exact same news menu, only without the track record, promotion, or production resources. Also, often lost in any discussion like this is that news commentary is one of the few broadcast platforms where the size of the audience plays an intrinsic role in how the content is perceived. In other words, when something is said on Fox News it has inherent value to the viewer because they know that millions of other people are also watching at the same time. Conversely, no one cared what Tomi Lahren did on One America News, because everyone knew that no one was watching.

If you put the rather boring and predictable Sean Hannity on a lowly-rated network, the show instantly loses the vast majority of its significance. Soon, even that audience begins to fade, good guests become tougher to get, and there is a death spiral of sorts which can easily overtake the show. It seems clear to me that Fox News is basically betting, much like ESPN has, that it is the brand and the system which draws in the majority of viewers and that the value of individual “stars” is overrated. O’Reilly and Hannity would be wise to realize that there is sound logic to this theory.

With that said, I’m still intrigued by the concept of what this new “conservative” network might look like. Therefore, I thought it would be fun to even program their primetime lineup for them (at no charge!)

With that in mind, here is the evening schedule that I put together from people that should be easily available to this new network, should it ever exist. I put these shows together from the mindset of what they might want to create, given what they are likely to have at their disposal (as opposed to my own personal “dream team”), with a focus on a diversity of conservative opinion, specifically with regard to Trump, and entertainment value. I also threw in a little sarcasm, just for kicks.