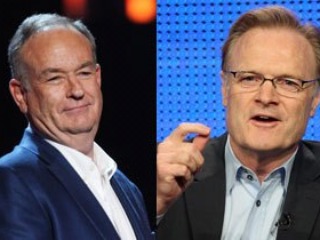 As the vast majority of us haven’t personally participated in the Occupy Wall Street protests except to yell what I’m sure are very articulate and thoughtful arguments from our respective couches or desk chairs, it’s safe to say that one’s impression of the movement is in no small part crafted by the media we choose to consume. The tricky thing about that is that, often enough, the opinion news media — because it gets ratings and it’s kind of fun — tends to offer the news slathered in a thick, gooey layer of bias and sensationalism, delivered fresh from the extremes of the left and the right. Reality is relative, sure, but, at least where the Occupy Wall Street movement is concerned, it exists somewhere in the middle of what we’re presented on television. Particularly now that protesters are being forced to move from Manhattan’s Zuccotti Park as the city prepares to clean it. I realize I’m being very vague in addition to incredibly good looking right now, so: Examples.

See, to have Fox News’ Bill O’Reilly tell it, Occupy Wall Street is a den of sex and rats and crack babies running down the streets, screaming over broken syringes and used condoms to the beat of bongo drums played by people with names like “Chai” or “Phoenix.” Kind of like college:

Marijuana! Rumored heroin use! Guy wearing a beanie! A counter-culture collective covered by two women who, according to O’Reilly himself, wouldn’t come within three miles of the protest!

But then — on the same night at roughly the same time — MSNBC’s Lawrence O’Donnell painted a picture of a protest where people clasped hands, gazing at one another not with their eyes, but with their hearts. If Occupy Wall Street were an episode of Oprah, everyone would get a Prius and a dove and a blunt:

Who couldn’t love this movement except a fascist? Fifty-three percent of the ninety-nine or possibly fifty-seven percent support it! Celebrities love it! Everyone is behaving and being very lovely and helpful and hygienic and not at all leaving little brown packages on police cars! Don’t tread on me, Bloomberg!

The thing is, many people have “chosen their side” and simply will not see either report as biased or revisionist or filtered. Both contain truths and both contain misleading, myopic views of a movement that is successfully dominating the national conversation at a difficult time in history.

But who sees that? And who cares, really, if this is what we want to hear?

RELATED: So The Wall Street Protests Are Super Popular, But Will That Last For Long?