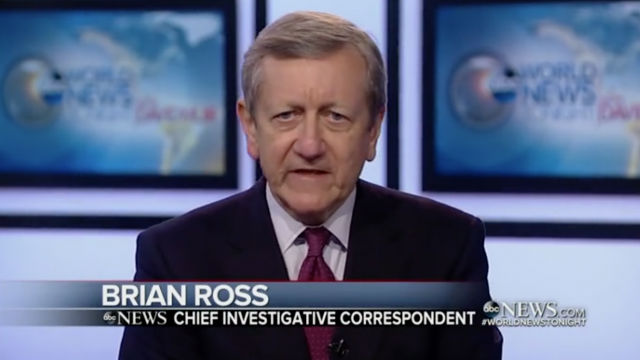 Last month, ABC News slapped its chief investigative correspondent Brian Ross with a four-week unpaid suspension over his botched report on former National Security Adviser Michael Flynn’s guilty plea. As you may recall, Ross reported that Flynn was going to testify that then-candidate Donald Trump instructed him to contact Russians during the 2016 campaign. Eventually, ABC News issued a correction that Trump actually made the request of Flynn during the transition after he was elected president.

Ross has now served his suspension and will be back at work on Monday. But he’ll be relegated to new duties.

According to CNN’s Brian Stelter, Ross will retain his current title but move to a separate unit at a location a few blocks away from ABC’s news division headquarters. His producer will also go with him and they’ll work on “long-term projects” such as documentaries.

Ross will start there on Monday, one of the sources said.

In the wake of Ross’s error, Trump took to Twitter to suggest that people should sue ABC News over the report because the stock market briefly took a dive after it was aired. It was also reported that following Ross’s suspension, some ABC News staffers wanted Ross to be fired. Goldston opted against that, but tore into the news division, stating that he never “felt more rage and disappointment” in his career.