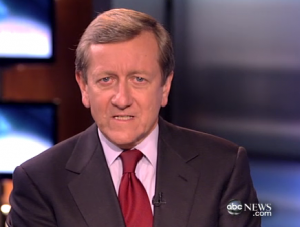 A report by chief investigative correspondent Brian Ross on tonight’s ABC World News suggests the Department of Homeland Security has become concerned of potential attacks by insiders at American utility plants–chemical facilities, oil refineries and even nuclear plants. The threat presents al Qaeda with what Ross describes as its best opportunity for a massive attack on U.S. to mark the tenth anniversary of the September 11th attacks. “The only way you can actually kill the large scale number of Americans that [bin Laden] literally was calculating was through the use of this critical infrastructure,” former DHS chief of staff Chad Sweet tells ABC News.

A new terror alert from the Department of Homeland Security…titled Insider Threat to Utilities, warns “violent extremists have, in fact, obtained insider positions,” and that “outsiders have attempted to solicit utility-sector employees” for damaging physical and cyber attacks.

“Based on the reliable reporting of previous incidents, we have high confidence in our judgment that insiders and their actions pose a significant threat to the infrastructure and information systems of U.S. facilities,” the bulletin reads in part. “Past events and reporting also provide high confidence in our judgment that insider information on sites, infrastructure, networks, and personnel is valuable to our adversaries and may increase the impact of any attack on the utilities infrastructure.”

Ross quotes former White House counter-terrorism advisor and ABC News consultant Richard Clarke as saying such an attack, by someone with the right access, would not be difficult to coordinate:

“There are a lot of very sensitive facilities where someone can get a job on the inside, get access to a control room, flip a switch, which causes an electric power grid to short circuit, causes a pipeline to explode,” Clarke said.