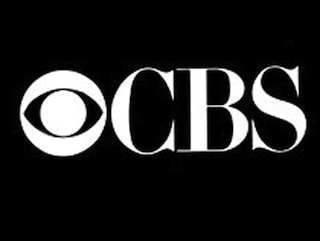 Well, this is the kind of truly bizarre story that only comes around when it’s incredibly hot. Or on a full moon. Or when someone has just plain lost their mind.

Basically, CBS is furious over ABC’s Glass House, a new reality show which they believe is a direct rip off of their long-running hit Big Brother. They’re so furious that they sued the rival network. However, the judge didn’t stop the show from premiering this week as CBS hoped he would. This left them with only one option; issue a genuine press release promoting a reality show about people “dancing on the graves of some of Hollywood’s most iconic and well-beloved stars.”

The press release is (shockingly) very real. The show, however, is (less shockingly than you’d think) not. The fictional show is called “Dancing on the Stars” and is “totally unlike anything anywhere else, honest.” Get it? Get it?!

Look, I’m all for bitter satire that is clearly written very quickly when the mind is too filled with rage to actually think things through. Hell, that’s half of what I write on this site. However, it should probably be pointed out that this is CBS, the same CBS that is about to premiere a brand new Sherlock Holmes series set in the present that is totally not based on the hit BBC Sherlock Holmes series set in the present, that is accusing other people of being original. Also, it should be pointed out that Big Brother was a show from the Netherlands that CBS just brought over. That being said, this is still pretty awesome.

Anyway, just read the press release. It’s amazing. And, as CBS told Forbes, it “speaks originally for itself.” You’re telling me.

06.20.2012
CBS ANNOUNCES DEVELOPMENT OF “DANCING ON THE STARS,” AN EXCITING AND COMPLETELY ORIGINAL REALITY PROGRAM THAT OWES ITS CONCEPT AND EXECUTION TO NOBODY AT ALL

Los Angeles, June 20, 2012 – Subsequent to recent developments in the creative and legal community, CBS Television today felt it was appropriate to reveal the upcoming launch of an exciting, ground-breaking and completely original new reality program for the CBS Television Network.

The dazzling new show, DANCING ON THE STARS, will be broadcast live from the Hollywood Forever Cemetery, and will feature moderately famous and sort of well-known people you almost recognize competing for big prizes by dancing on the graves of some of Hollywood’s most iconic and well-beloved stars of stage and screen.

The cemetery, the first in Hollywood, was founded in 1899 and now houses the remains of Andrew “Fatty” Arbuckle, producer Cecil B. DeMille, Douglas Fairbanks, Jr., Paul Muni, Benjamin “Bugsy” Siegel, George Harrison of the Beatles and Dee Dee Ramone of the Ramones, among many other great stars of stage, screen and the music business. The company noted that permission to broadcast from the location is pending, and that if efforts in that regard are unsuccessful, approaches will be made to Westwood Village Memorial Park, where equally scintillating luminaries are interred.

“This very creative enterprise will bring a new sense of energy and fun that’s totally unlike anything anywhere else, honest,” said a CBS spokesperson, who also revealed that the Company has been working with a secret team for several months on the creation of the series, which was completely developed by the people at CBS independent of any other programming on the air. “Given the current creative and legal environment in the reality programming business, we’re sure nobody will have any problem with this title or our upcoming half-hour comedy for primetime, POSTMODERN FAMILY.”

“After all,” the spokesperson added, “people who live in glass houses shouldn’t throw stones.”