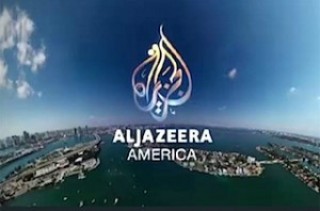 If last week’s ratings are any indication, Al Jazeera America has a long way to go in the cable news ratings game. With distribution in less than half the households its competitors enjoy, some of AJAM’s daytime news programming fell to a 0 (that’s zero) in the key demographic of ages 25-54; and the network’s primetime shows often fell into the single-digits in that same demo.

The network’s worst performer in primetime last week was 10 p.m.’s Consider This, hosted by Antonio Mora. The current affairs talk show finished out the week with an average of 9k total viewers and only 3k in the demo. According to Nielsen ratings figures, on Thursday evening the show racked up a 0 in the demo score.

The network’s flagship program, 9 p.m.’s America Tonight never hit rock-bottom with the 0 demo rating, but things didn’t look so pretty regardless. The newsmagazine-style show pulled in an average of 18.6k total viewers, with 7.4k in the demo.

Other AJAM primetime shows like Ali Velshi‘s Real Money fared better for the week (30.6k total/14.8k demo), but on a few nights managed to dip into the single digits and, yes, zero demo ratings.

It’s safe to say the fledgling network has a humongous hill to climb in battling Fox, MSNBC, and CNN; but at least there’s one positive note from last week: On Friday, AJAM’s News Live crushed CNBC’s Mad Money in the demo, by a margin of 26k to 6k.